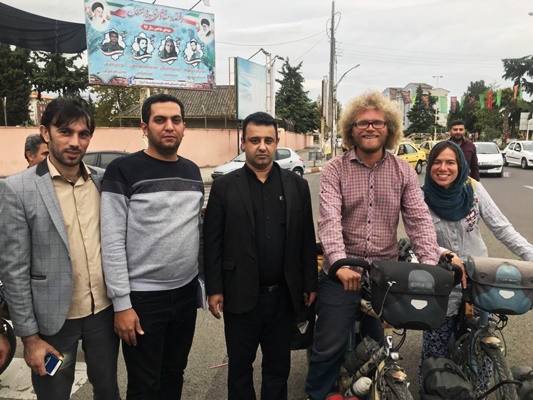 A German couple has cycled to Iran to get closely familiar with the Iranian culture and tourist sites.

The couple entered Iran from the land border of Astara in the northern province of Gilan, said a Farsi report by IRNA.

In an interview, Michael Jurgen said he along with his wife began their journey six months ago. “We cycled from Germany and arrived in Iran passing through central and eastern European countries as well as Russia and Azerbaijan Republic.”

He described Iranians as ‘very nice and hospitable people’, adding, “I’m sure that we will have a memorable trip to Iran.”

The 29-year-old German tourist said getting familiar with the Iranian customs and cultures was the main reason behind their cycling trip from Germany to Iran.

“We are determined to cycle Iran from north to south within the next 2 months. We are eagerly waiting to see the attractive sites in Isfahan and Bandar Abbas.”