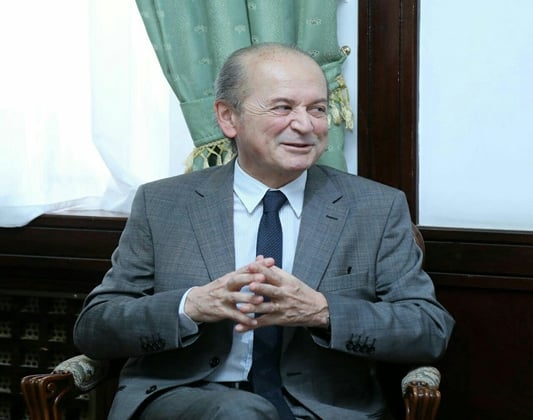 Francois Senemaud, the French president’s special envoy on Syria, has hailed Tehran’s role in restoration of peace to Syria, saying that his country is fully prepared to cooperate with Iran in political settlement of the conflict in the Arab country.

Senemaud says Iran, as a big country and a major regional power, could play a big role in restoring stability to Syria and pushing forward the process for political settlement of the conflict.

The former French ambassador to Tehran said Paris supports the three priorities and stressed France’s readiness for cooperation with Iran for political settlement of the Syria conflict.

He made the remarks in a Saturday meeting in Tehran with Hossein Jaberi Ansari, a senior assistant to Iranian Foreign Minister.

Jaberi Ansari, for his part, congratulated Senemaud on his appointment as the special envoy of French president on Syria.

Pointing to the capacities available for improving relations between Iran and France in bilateral and multi-lateral sectors, Jaberi Ansari stressed Tehran’s readiness for boosting the two countries’ consultations and cooperation to help settle regional conflicts, particularly the Syria crisis.

The Iranian official said that since the beginning of the Syria conflict, Tehran has believed that the crisis has no military solution.

“Now that the fight against terrorism in Syria has resulted in great achievements and the ground has become prepared for restoring the sovereignty of the Syrian government over major parts of the country, the three issues of facilitating the return of refugees, getting the Syrian Constitutional Committee to start its work, and activating the committee on the exchange of detainees and the missing people are the major political and humanitarian priorities at the current stage,” he added.