France Looking for Mechanism to Facilitate Banking Ties with Iran 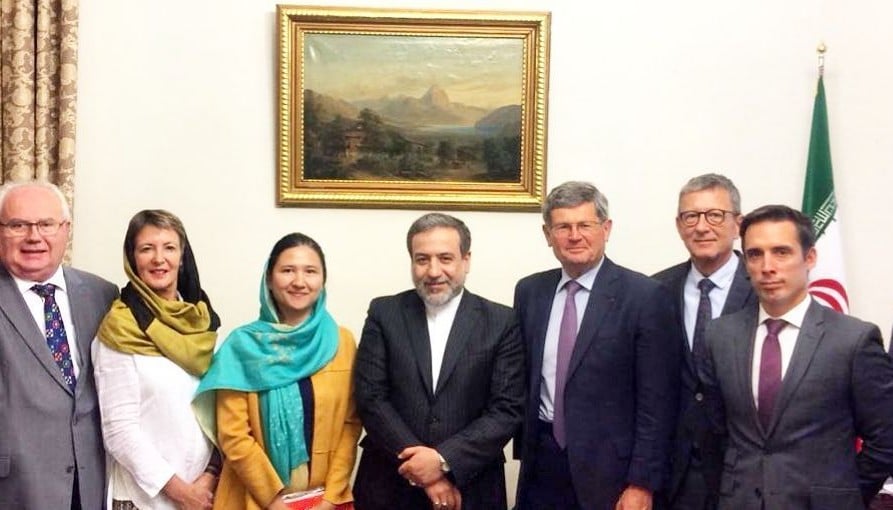 The remarks were made by members of a visiting French parliamentary delegation in a meeting with Iran’s Deputy Foreign Minister for Political Affairs Abbas Araqch in Tehran.

Araqchi welcomed the French government and Europe’s efforts to preserve the Iran nuclear deal and expressed hope that the efforts could lead to practical and operational strategies.

He also praised France’s will to stand against the US’ unilateralism as well as extra-regional laws and said through its unilateral and illegal withdrawal from the JCPOA, the US has not only violated a UN Security Council resolution but also put pressure on other states to follow in its footsteps.

“If the Iran nuclear deal collapse, the political situation of the Middle East will get more complicated and above all, a successful diplomacy experience in the world will end up in failure,” he said.
The Iranian deputy foreign minister then elaborated on the Islamic Republic’s regional policies and said the Islamic Republic’s policy is preserving stability and expanding security in the region.

“Iran fought ISIS as the most destabilizing element in the region and stand against any division of regional countries or demarcation of regional boundaries,” he said.

For their parts, the French lawmakers underlined the French parliament’s support for the JCPOA and said developing a mechanism for banking ties and making sure that Iran reaps the benefits of the Iran nuclear deal is a top priority and France is following up the issue seriously.

The members of the parliamentary delegation also thanked the Islamic Republic for its undeniable role in fight against ISIS.