Iran’s Foreign Minister Mohammad Javad Zarif says Europeans are going to extremes to keep Washington in the nuclear agreement, but that would finally deal a heavy blow to the EU itself.

Speaking in an exclusive interview with Etemad daily newspaper, Zarif warned that Tehran will not be indifferent to the joint moves by the European Union and the US.

What follows are highlights of Zarif’s Farsi interview with Sara Ma’soumi, published by E’temad daily on Monday:

The European countries have gone to extremes to keep the US in the nuclear deal, and this will ultimately strike a blow to the EU itself. Naturally, Europeans have their own choices in this regard, but they must be aware that the Islamic Republic will not be indifferent to these movements. What happened in proposing a resolution on Yemen was in fact an insult to the collective wisdom of the world, which resulted in a series of countries officially drafting a resolution to defend the aggressor. Of course, Europeans have made such mistakes in the past as well, and we have not forgotten their move regarding Iraq (the imposed Iraqi war on Iran). At that time, members of the UN Security Council for eight years ignored Iraq’s use of chemical weapons against Iran, and instead condemned Tehran by adopting several resolutions. Today, they are repeating the same mistake and will surely regret it.

The UN Security Council should be thankful to Russia, which prevented the Council from losing its prestige. While we appreciate Russia’s move, we feel that the Russian Federation, as a permanent member of the Security Council, has, with its veto, prevented the adoption of a resolution that could be recognized as a resolution to defend the aggressor in the years to come. 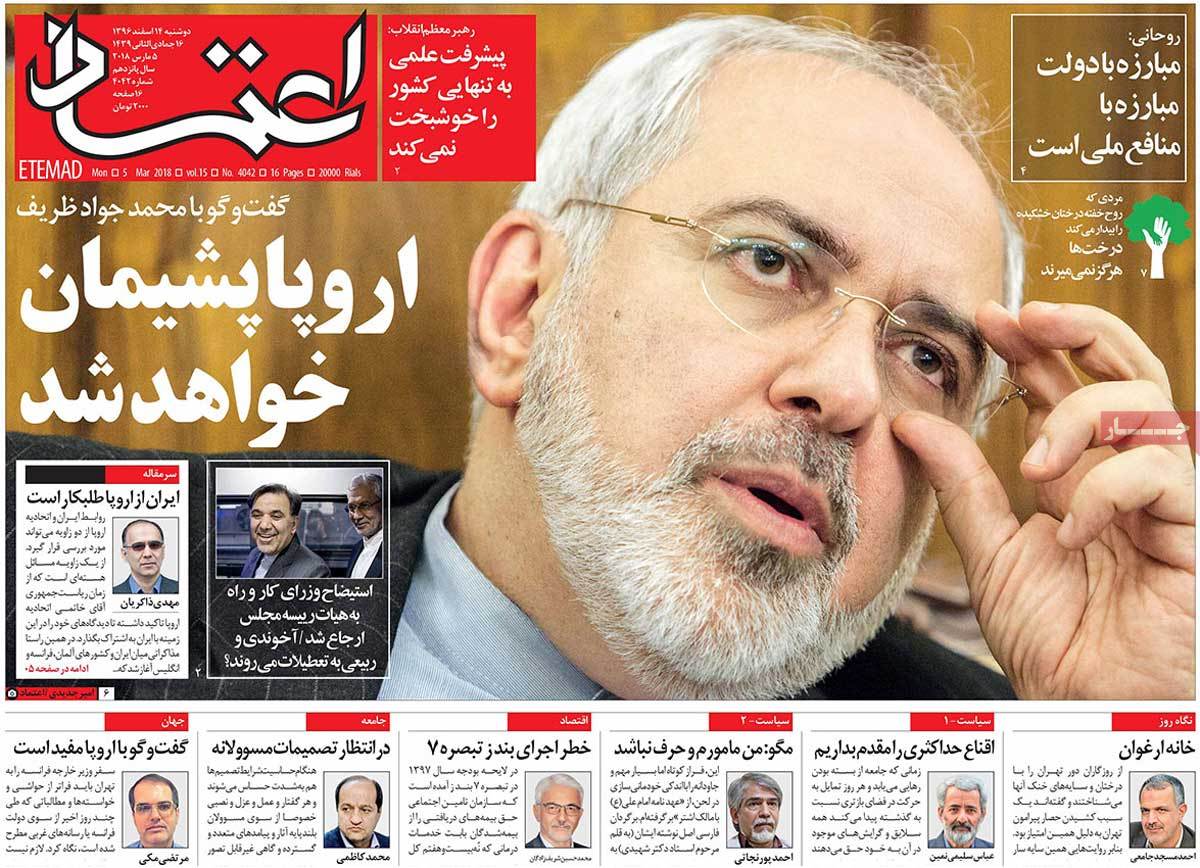 EU, US Not in Position to Set Conditions for Iran

Certainly, any action to please the party that has so far violated the nuclear deal for many times is useless. Currently, two groups have been violating the Joint Comprehensive Plan of Action; the US and the EU. The US has violated the deal due to the policies of Washington and Europeans have done the same due to the US policies. Europeans, in some cases, failed to meet their commitments, particularly in the area of banking relations, because of the US policies. Therefore, these two parties (the EU and the United States) are not in a position to set conditions for a country that has fully abided by its agreements under the JCPOA. Therefore, taking any measure in this regard is very dangerous, and it is natural that Iran will respond appropriately. Our impression is that for the time being, Trump has chanted some political slogans that none of them could become operational. In many cases, Europeans do not know what the meanings of the slogans of the US president are, and maybe in some of these cases, the Americans themselves do not know what the meaning of these slogans are. Some of these words are just slogans, like expressing concerns about the regional role of Iran. The county, which is at the forefront of the fight against terrorism in the region, and all its decisions in the region have been right despite all the wrong choices of the opposing sides. There is no cost in directing criticism at Iran’s missile program, but when they look at the list of arms purchased in the region, they see that Saudi Arabia has purchased $67 billion in arms and the members of Persian Gulf Cooperation Council have bought a total of $116 billion in the past year. These arms are sold to the states by the Europeans and the United States. So when they put the slogans aside and enter the operational stage, they get confused and do not know what to do.

Our negotiations with the European Union began in the 1990s with “Critical Talks” and in the years later were renamed to “Comprehensive Talks”. This process stopped for a while and then turned into “High-level Talks”. In all of these talks, we discussed all international issues, including regional ones, human rights issues, global disarmament, and almost all issues of the day. Dialogue between Iran and the EU has always been in process and the Islamic Republic believes in good faith that the EU must play a more constructive role in the region. However, if Europeans want to present this process with another title in the world, then we will decide on whether these dialogues are worth pursuing.

If the EU wants to play a positive role in ending the Yemen crisis, Iran can help the bloc not to repeat its previous mistakes. Europe should not be the supplier and provider of weapons for the slaughter of Yemeni people, and at the same time must facilitate access to humanitarian aid for Yemenis. Currently, one million Yemeni people are suffering from hunger and many people in the country suffer from famine and starvation. In this context, if the EU wants to play a positive role, the Islamic Republic can help. A few days after the start of the Yemen crisis, the Islamic Republic of Iran proposed its four-point plan to end the crisis and announced it repeatedly to Europeans. The EU can also play a practical role if it wants to, but if it aims to begin a propaganda game to satisfy the US, Iran has no interest in such games.