“EU Must Be Faster, More Transparent in Saving Iran Deal” 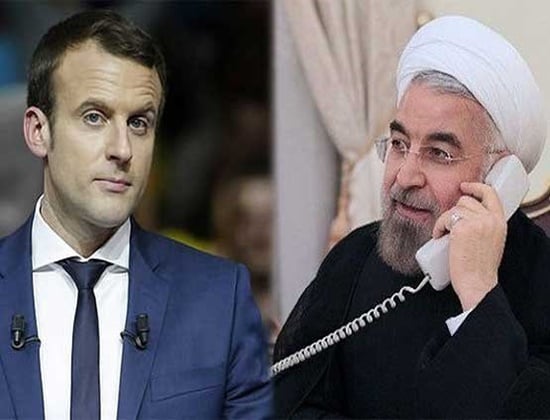 Iranian President Hassan Rouhani has called on other parties to the Iran nuclear deal to take practical measures to save the 2015 accord after the US’ illegal withdrawal back in May.

During a phone conversation with his French counterpart Emmanuel Macron on Monday, President Rouhani said Iran has already remained faithful to all its commitments under the deal, and expects other sides to speed up their plans with more transparency to save the deal.

“Iran is seeking to save the nuclear deal but if it comes to this conclusion that there would be no resolute guarantee by the European sides in financial, monetary, oil, insurance and transportation areas, we will turn to our alternative measures,” he added.

According to President Rouhani, the other sides of the JCPOA bear a heavy responsibility to save the nuclear accord following the US pullout.

In turn, Macron expressed his country’s willingness to strengthen its mutual ties with the Islamic Republic and added France will do whatever in its capacity to save the JCPOA and to this end, it would remain faithful to all its commitments.

Elaborating on the measures adopted by the European sides of the Iran nuclear deal to save the accord, Macron said the Europeans have put hard efforts into protecting the JCPOA by following certain trade and financial mechanisms.

During the phone call, the two presidents also exchanged views on a number of regional and international issues including the Syria crisis.

President Rouhani and his French counterpart also underlined the need for keeping their close contacts to pursue the two countries’ joint goals.