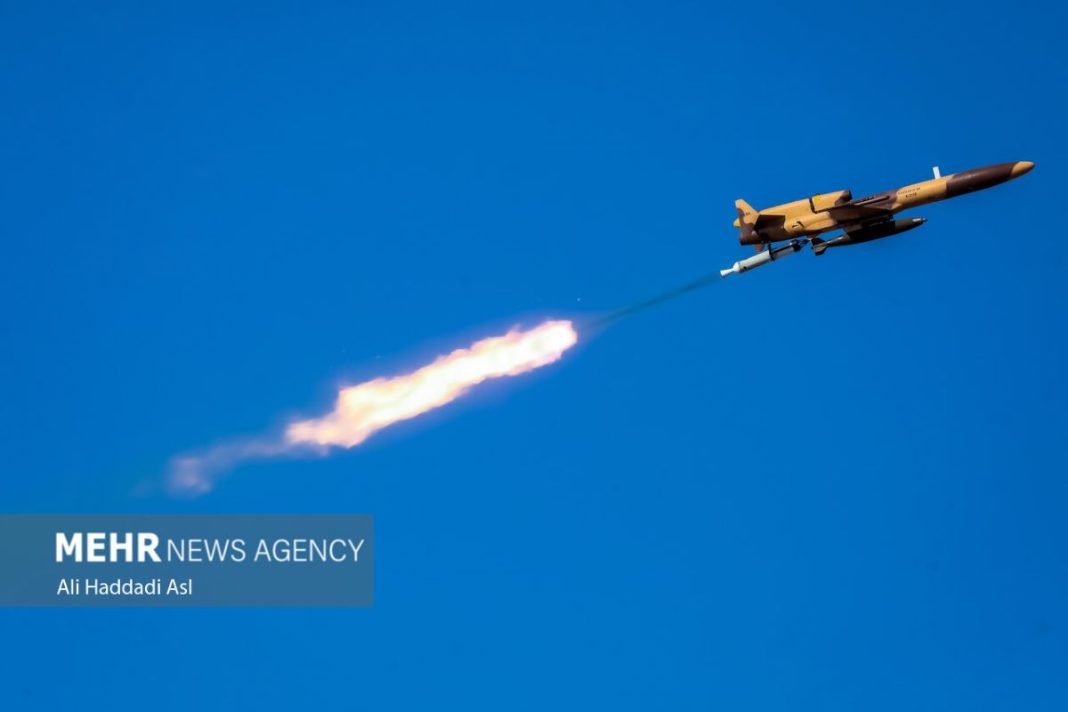 Vice Admiral Seyyed Mahmoud Mousavi, the spokesman for the drills, said a variety of Iranian combat drones — including Kaman, Ababil and Mohajer — used high-accuracy arms to hit the designated targets in the general area of the drills in the “major operational” phase of the countrywide exercises.

The unmanned aerial vehicles were equipped with Gha’em and MK-82 bombs as well as Almas missiles and took aim at mock enemy positions such as command and control centers, fuel tankers, arms depots, radar and missile systems as well as gathering bases.

As planned, he said, the drones took off from different remote parts of the country and carried out their missions under the supervision of the tactical air direction center.

During the two-way drills, the commander added, the drones practice penetrating defensive and electronic warfare shields and gathering intelligence from the positions of intruders and unfriendly forces.

“Given the fact that the drills take place countrywide, the Army’s Zolfaghar tactical air direction center and a number of other secondary bases in different locations of the country are in charge of strategic and operational management of the maneuvers,” he added.

On the first day of the maneuvers, the drones practiced detecting the accurate coordinates of the radar systems stationed in the general area of the drills with a mission to confront the intruding aircraft and provide data to other drones.