The former head of Iran’s Tourism Organisation says the compulsory hijab and a ban on alcohol in Iran do not prevent foreign tourists from visiting Iran. “The tourists visit Iran, come hell or high water.”

The remarks were made by Mohammad Beheshti, who served for many years as head of Iran’s Cultural Heritage and Tourism Organisation and head of the Farabi Cinema Organisation, but stepped down from public and executive posts last year following the enactment of the Pensioners Act.

In an interview with IRNA and in response to a question about the number of tourists that we expect in the country, he said despite many legal and religious restrictions, the Islamic Republic has more capacities to attract tourists.

“Hijab and ban on alcohol in Iran does not prevent tourists from entering Iran,” he noted. 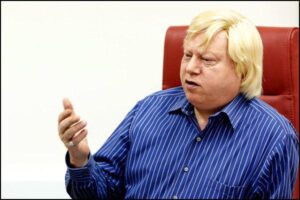 However, he added, statistics show people do not go to a country to be entertained. For example, they do not go to Paris to visit the nightclubs; they go there to visit the Louvre. The growth of cultural tourism has been remarkable in recent years and Iran is very attractive to this group of tourists.

“As a result, foreign tourists come to Iran to visit the country’s unique features,” underlined Beheshti.

Iranians Know How to Win Hearts!

“Many tourists have visited many parts of the world and have not travelled to Iran for four decades, due to negative propaganda. Many governments prevent their people from travelling to Iran. Nevertheless, tourists are coming to Iran every day. This means that Iran has a large capacity to attract tourists and it is natural that many people will come to Iran if things get better.”

“Of course, one of the conditions is the distribution of facilities throughout the country, and secondly, we must understand what tourists are coming to Iran for. They come to see our unique features. Foreign tourists in Iran are not looking for shopping and entertainments like Dubai. Those who have hosted foreign tourists for decades believe that these tourists generally leave Iran in surprise. Why? Ironically, what we do causes them to complain, so what causes them to wonder? Foreign tourists are visiting Iran with the motivation that we didn’t plan for. They come for the things that are unique to Iran and Iranians; tourists come to Iran to experience the Iranians’ hospitality,” pointed out Beheshti.

“It is important for the Iranian people to know how the guest assesses his/her stay at their home, and this is a unique characteristic of Iranians that you cannot find anywhere else. Outside Iran, for example, hotel staffs are only obliged to provide services while they are on duty, rather than being a host. However, Iranians do not miss a second to serve their guests. That’s why the foreigners are fascinated by all the Iranian tribes including Kurds, Lurs, Mazandaranis, Sistanis and Baluch people.”

Beheshti added that if Iranians recognise their unique attributes and values, then nothing can prevent tourists from visiting Iran.

“But as we look around, some Iranian hosts are familiar with these features and they offer a good description of Iran to travellers. There are people who started this procedure before the revolution and continue to do so. Even the revolution and the war did not stop them,” highlighted Beheshti.

He finally concluded that it is wrong to say tourism is just important for increasing income.

“The benefit of tourism for our country goes far beyond the economic benefit and can guarantee our security and authority in the world. Our current problem in the world is the propaganda against Iran during the past forty years. From the perspective of foreign tourists, our land is like the land of criminals. However, the visit of tourists can erode this image which is a wrong one,” reiterated Beheshti.