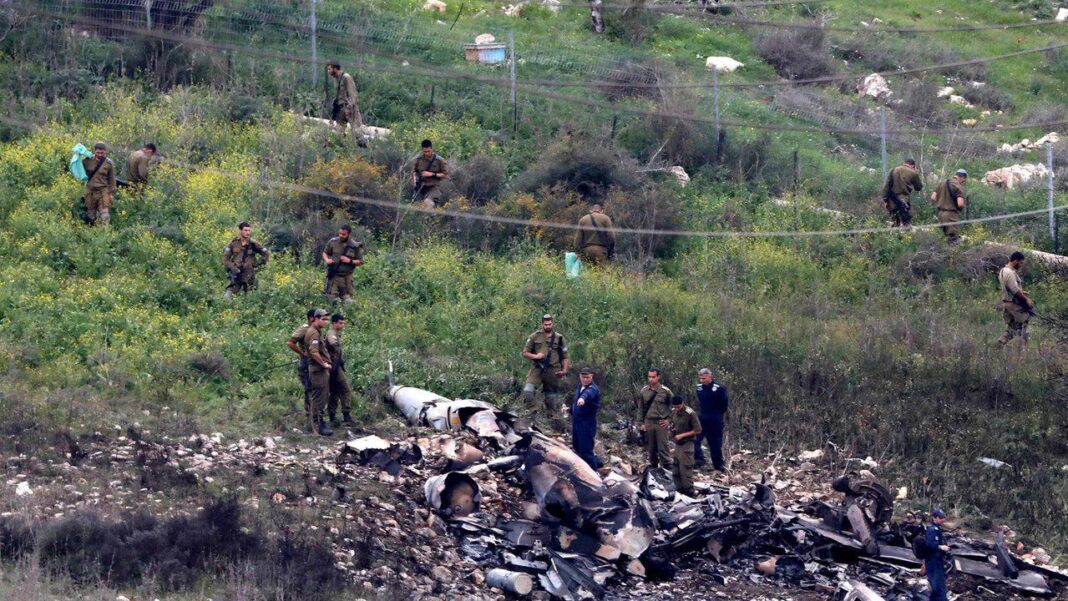 The Syrian Army’s shoot-down of an Israeli warplane in response to Tel Aviv’s aggression has come as a heavy blow to the Tel Aviv regime and its so-called invincibility.

The Persian-language Jomhouri Eslami newspaper has, in an editorial, weighed in on the ramifications of Syria’s recent downing of an Israeli jet fighter which had violated the Syrian airspace. The full text of the analytical piece follows:

Syria recently shot down an F-16 warplane of the Israeli regime in south Syria using its S-200 missile defence system, forcing other intruding jet fighters to flee the scene. Such a phenomenon has been unprecedented over the past 15 years. This comes as the Zionists have conducted numerous reconnaissance flights and airstrikes over Syria without any worries.

In order to justify the developments, the Tel Aviv regime claims that, first, it was busy shooting down an Iranian drone allegedly conducting reconnaissance flights over Israeli border areas, and second, Israeli fighter jets flew over Syria to bombard Iranian and Syrian bases on Syrian soil. The Islamic Republic of Iran has officially denied that any of its unmanned aerial vehicles (UAVs) had been flying over Israeli borders, saying Tel Aviv has made the baseless allegations simply to justify its act of aggression.

More importantly, the Zionists have alleged that Syria fired 27 S-200 missiles in order to intercept Israeli fighter jets. The claim, even if true, will be against Israeli occupiers. It clearly shows Syria’s determination to counter any military aggression by Zionists. It also indicates that the enemy, from now on, has to forget the idea of violating the Syrian airspace and throwing its weight around in the region because if the enemy does so, it will face a massive and debilitating volume of fire.

Following that incident, the Israeli regime made another mistake, which was to its own detriment. Immediately after its warplane was downed, the Israeli military tried to target several Syrian bases with missile attacks and air raids. Nevertheless, Tel Aviv rescinded its decision shortly after its “Security Cabinet” held a meeting, and announced that it had no intention of escalating military tension with Iran and Syria.

Hours later, Washington, too, decided to distance itself from the Zionists’ aggressive and tension-provoking behaviour. The US State Department officially announced that the US had not had any role in the Israeli airstrikes on Syria. The event (Israeli air raids and Syria’s downing of an Israeli warplane) with all its ramifications has turned into a yardstick against which to measure the Israeli regime’s vulnerability.

It shows that Israel and its regional supporters’ strategy of aggression has received a heavy blow. What happened was not just the downing of an Israeli warplane; rather, it triggered an end to the occupiers’ throwing their weight in the region. The event showed that gone are the days of hitting and running, and that the occupiers will have to pay the price for their evil deeds from now on. From this perspective, the day is drawing nigh when Israel will be taken to task for being an accessory to terrorists’ crimes as it has both overtly and covertly supported terrorists during their seven-year war on Syria.

Even if the recent Israeli operation against Syria was aimed at testing Damascus’ possible reaction, the downing of Israel’s US-made F-16 warplane is a great nightmare for the Tel Aviv regime and proves that the occupiers have tough days ahead. The Israeli regime believed the ISIS terror group and other terrorists had weakened the Syrian government and army and undermined their military power enough, but the Syrian army’s show of power made Israel understand that Damascus is even more determined than what it was before the acts of terror to counter the Zionist enemy.

Israel and its supporters had, for decades, been promoting the idea of “Israel’s invincibility” to create the impression that Israel’s fortifications in the heart of the Muslim world were impenetrable. But today, they have admitted that they were even flummoxed by a Syrian drone entering the occupied territories’ airspace. They have acted so passively in the measures they have adopted ever since that the consequences of their moves will be to their own detriment.

By taking a glance at the objectives and programs pursued by the Israeli regime and its allies against Syria and Iraq over the recent years, one can find out that those plotters have suffered costly failures in their schemes of aggression. Syria and Iraq were going to be monopolized and ruled by ISIS and other terrorist groups, so that Syria’s common borders with occupied Palestine would have become safer for the Zionists. However, with the complete failure of that plan, not only did terrorist fail to establish a secure circle and a buffer zone and increase their security coefficient, but, on the contrary, they have become so weak that they are seeing Syrian UAVs flying deep into the occupied Palestinian territories, and they are unable to tackle the drones.

Syria’s downing of the Israeli F-16 jet fighter was a unique incident in that its extensive and lasting consequences will definitely disrupt Tel Aviv’s calculations for a long period of time. Moreover, reactionary Arab states’ deadly silence over the incident is more humiliating than anything else for Arab rulers. In fact, reactionary Arab rulers, who are going lovey-dovey with the Tel Aviv regime, will be condemned and embarrassed in advance no matter what decision or position they adopt.