Donald Trump’s Tie Is Held Together with Scotch Tape! 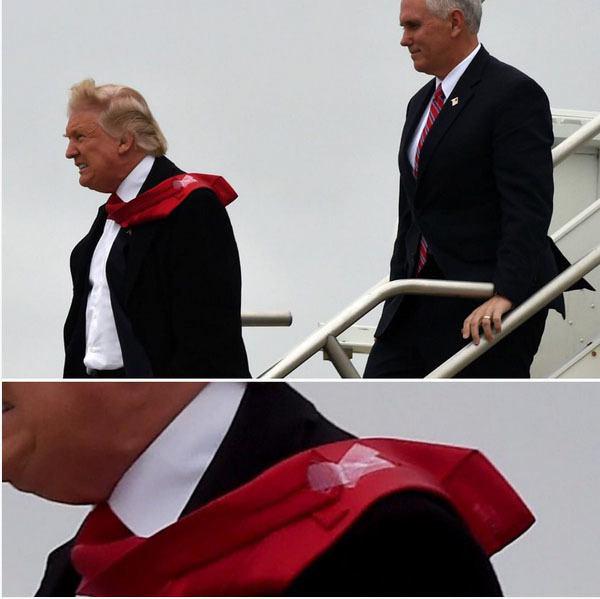 The US President-elect Donald Trump made a major fashion faux pas when he, or an assistant, apparently Scotch-taped the back of his favourite red power tie.

On his way to address American people in Indiana, Trump was sporting his signature red power tie. But a gust of wind as he was disembarking a plane with Vice President-elect Mike Pence revealed the truth: Trump’s tie was being held together by tape!

According to a report by IFP, the photos of his scotch-taped red tie have been widely circulated in social media and criticized by American citizens ashamed of having such a president.