Culture of Hijab in Iran; From Past to Present

The Iranian community has been observing some form of Islamic dress code (hijab) since the ancient times – the Achaemenid era in particular – up to now.

In many images and designs of the centuries before the advent of Islam and afterwards, Iranian men and women have observed Hijab and maintained their dignity by covering their heads and their body. 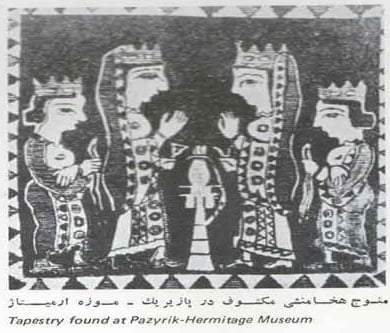 Therefore, one can say the Iranian culture and civilisation is different from other cultures including that of Greece, in which men and women were occasionally bare or not covering their bodies fully.

The Iranian historical trend shows that the majority of people, including men and women, tended to put on more covered clothes than other societies.

According to Hadi Vakili, an associate professor at the History Department of Ferdowsi University of Mashhad, “the anti-hijab movement entered Iran’s history several times, but at no point was welcomed by Iranians.”

“In the same ancient Iran, when Alexander the Great and later the Seleucids entered Iran, their culture was not the same as those of the Iranians regarding their clothes. In another word, they were not observing Hijab, but the Iranian society did not accept them,” he said.

“Similarly, Mongol women or some other ethnic minorities in Iran did not have full hijab, but they were adapted to the Iranian culture and society and started to wear Iranian-style clothes.”

Another important event against hijab in Iran was the removing of hijab by Reza Khan. It was a very clear example of tyranny and modernisation of the Iranian society by force of guns and bayonets. This move, despite the great efforts of the Pahlavi regime, who used all the country’s facilities to ban hijab, failed to be accepted by the majority of the society and was defeated by the power of culture.

Part of this culture has its roots in the culture of Iranian tribes and their wearing-style that dates back hundreds of years.

A few days ago, Deputy Speaker of Iran’s Parliament Ali Motahari said in a speech that “as far as I know, if we hold a referendum on hijab today, the majority of the Iranian society will vote for it.”

Ethnic groups living in different parts of Iran are climatically and geographically affected by the weather and the biological conditions of the region, and most importantly by the religious, and cultural aspects of each nation.

Sometimes through this wear, you can understand the cultural components of each region. The identity of the local clothing of the people is inextricably linked with the beliefs of the people and is part of the cultural attraction.

Following, we take a look at the wearing style of different ethnic groups in Iran; an original wear that has been worn by Iranians for centuries, each of which has a world of colours and designs.

The images that follow show the wearing style of various ethnic groups in Iran, retrieved from various sources: