“Cultural Conflict in Iran Should Turn into Cultural Diversity” 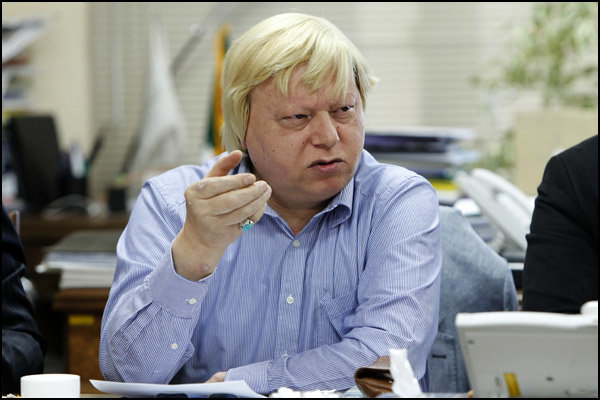 A top Iranian cultural heritage official has blamed the cultural conflict in modern Iran on mismanagement, and urged that it should turn into cultural reconciliation.

Mohammad Beheshti, the head of the Iranian Cultural Heritage Research Centre, has, in an interview with the Khabar Online news agency, weighed in on the problems which exist in preserving cultural heritage in the country.

The interview seems to be a kind of comparison between the performances of the tenth and eleventh administrations [that of former president Mahmoud Ahmadinejad and incumbent president Hassan Rouhani] in the cultural heritage domain at a time when the Iranian presidential election is around the corner.

In this rather short interview, Beheshti touches upon the mismanagement of the cultural heritage sector during the tenure of Esfandiar Rahim-Mashaei and Hamid Baqaei as former heads of the Iranian Cultural Heritage, Handicrafts and Tourism Organization under Ahmadinejad’s presidency.

The problems concerning the preservation of the country’s cultural heritage during the tenure of previous administrations are also highlighted in the interview.

The following is Beheshti’s answer to just one of the several questions asked during the interview:

Interviewer: I have a question regarding cultural heritage and tourism. A tourist goes to a location of his or her choosing, one with a certain cultural texture which suits the tourist’s taste. Then the tourist imposes on the locality the kind of items he or she wants to buy based on his or her taste. For example, there is a village which has its own product, one inspired by local culture. But when large numbers of tourists visit the area, they change everything. After some time, the village adapts the cultural texture of its product to one which appeals to tourists’ taste. As a result, the cultural heritage of that village becomes similar to that of any other place. UNESCO calls this phenomenon the cultural Americanization of the world. Now, given that more and more tourists are showing an interest to visit Iran, what should be done to stop this trend?

Beheshti: If we look at tourism from an economic perspective only and see it as a commodity, many of the problems already mentioned as well as other complicated issues that you cannot imagine will emerge. At the moment, we needn’t think about future. A clear example is the issue of domestic visitors and their trips to [northern] Gilan and Mazandaran [provinces].

It’s a commonplace type of trip to ancient regions with a rich culture. The huge number of travellers to the north of Iran has destructive effects, especially in Mazandaran province. The journeys have continued on a large scale over the past half a century. Some families make the trip several times during the summer. And heavy traffic [both on the roads to the northern provinces as well as in provincial towns and cities due to the large number of visitors] has become an indispensable part of the trip.

This is an example of tourism seen as a commodity, which has not only turned Mazandaran into a place for simply spending time and having fun at the seaside, but brought about grave consequences. Figures show some 40 million holiday-makers visit Mazandaran each year. In fact 40 million people go there to NOT see Mazandaran and its ancient culture! They travel there just to go to a famous restaurant or simply have fun. One of the repercussions of these visits is that they have turned farmland into townships. Owners of farmland were first happy to sell their property. They sold their paddy fields at very high prices, and with that money, they went on pilgrimages to holy cities and reached out to their children. But what next? These locals saw that their share of that fortune was just a meagre home. They saw that the money was soon gone, and instead, they had to work as janitors for rich merry visitors with pricey clothes and luxury cars [in the houses and villas the visitors had built on those paddy fields].

This is not tourism. There is something wrong with our assumption. We assume that tourism means changing hospitality to commodity. Since [former despotic Iranian ruler] Reza Shah’s reign, until today, we have been witnessing cultural mismanagement in the country. Iran enjoys cultural diversity. Its cultures are not less diverse than those of Europe. Unfortunately, mismanagement has turned this cultural diversity into a cultural conflict in the past century. That’s why no two adjacent towns or villages are found in the country that are not enemies. These feuds are not a historical issue. The grudges caused by mismanagement have emerged in the contemporary era.

The fallout from that mismanagement is that in the recent 100 years, most towns and cities except metropolises such as Tehran, Tabriz, Mashhad, Isfahan etc, have been side-lined and neglected. And whatever place is marginalized will be deprived of development and will be gripped by poverty, insecurity and unpleasant events. Now what should be done if we are to turn this cultural conflict into cultural reconciliation?

Cultural diversity is one of the successful international experiences in this regard. This way, people would visit one another’s homes and meet each other. So, even local travellers will get familiar with different local cultures if cultural conflict is turned into cultural diversity. Economic benefit could be a spin-off of the process, but economic gain should not be the main objective.