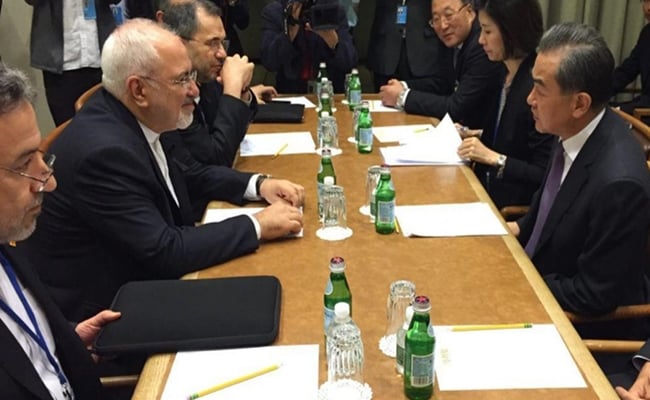 Chinese Foreign Minister Wang Yi says his country will continue its normal economic cooperation with the Islamic Republic of Iran despite the US’ sanctions on Tehran.

He made the remarks in a Monday meeting with Iranian Foreign Minister Mohammad Javad Zarif on the sidelines of the UN General Assembly in New York.

During the talks, the two sides conferred on bilateral relations, particularly in the economic field, and issues related to the Iran nuclear deal.

The Chinese top diplomat reiterated his country’s opposition to the US’ pressures, and stressed Beijing’s commitment to maintain the Joint Comprehensive Plan of Action.

“China will continue its normal economic relations with Iran,” he added.

At the beginning of the meeting, the Chinese foreign minister once again offered condolences to the Iranian side on the recent terrorist attack in Ahvaz, which killed and wounded dozens of people.