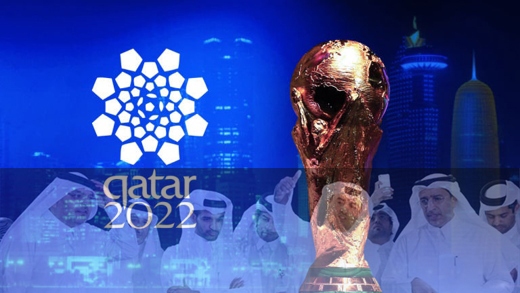 Now that the British are officially opposed to Qatar, Iran needs to join the anti-corruption campaign at FIFA and salvage football, said Majid Tafreshi, an international relations expert.

With scandal after scandal plaguing FIFA, the campaign to pull the 2022 World Cup from Qatar is gaining momentum. Many critics of the beleaguered president of football’s world governing body suggest a new round of voting should be held to determine which country hosts the 2022 World Cup.

Such criticism is not limited to those involved in sports, some political analysts too believe that the head of the Iranian Football Federation Ali Kafashian should join the chorus of countries opposed to the Persian Gulf sheikhdom hosting the event in seven years.

One such analyst is Majid Tafreshi, Ph.D., an international relations expert who is based in London. He is a member of the campaign which calls for the World Cup to be moved from Qatar. He argues that Qatar hosting the event is more than any other country to the detriment to Iran.

The following is the translation of the interview Khabaronline.ir released on June 6:

Q. You are one of the critics of Qatar hosting the World Cup. What is the reason behind your opposition?

A. I am a member of the international campaign to boycott Qatar. Iran is totally unaware of the grave danger Qatar’s hosting of the World Cup may pose to its interests. For a number of reasons, the 2022 event is dangerous to the interests of Iran, the international community and the world soccer body.

Q. Why do you consider the Qatar World Cup a threat to Iran?

A. I have attended two conferences on this issue. One of the goals Qatar pursues through hosting the event is cultural. The Qataris want, as they put it, to put the final nail in the coffin of the Persian Gulf.

Q. Do you really think FIFA would allow such a thing to happen?

A. You think FIFA whose officials stand accused of receiving bribes will stop them from pushing their agenda? In 2022 the world will hear the fake term of the Arabian Gulf many, many times in a single month. What do you think the world will do? … Qatar hosting the World Cup will pose a direct threat to our national interests.

Q. How optimistic are you about the World Cup being pulled from Qatar?

A. Maybe this is the only campaign in which the Europeans and the Americans are on our side. We see eye to eye with them, most of them I should say.

Q. Their opposition to Qatar’s staging the event is because of the irregularities in securing the right to stage the World Cup. What should we base our opposition on?

A. There are many reasons: Irregularities, support for terrorism; failure to uphold workers’ rights; human rights, the Persian Gulf, etc. I have held a private meeting on this at the Presidential Office and attended two British parliament sessions. Now that the British are officially opposed to Qatar, we need to join the anti-corruption campaign at FIFA and salvage football. That would be in our best interest.