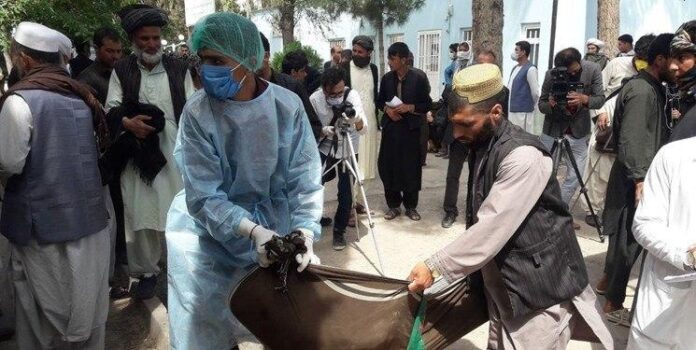 Spokesperson for the Ministry of Foreign Affairs of the Islamic Republic of Iran has asserted that an incident involving the deaths of Afghan migrants trying to cross into Iran illegally has taken place on the Afghan soil.

Foreign Ministry Spokesman Seyyed Abbas Mousavi issued a statement on Sunday in reaction to reports released by the Afghan media about a deadly incident involving a number of Afghan citizens who were trying to make illegal entry into the Islamic Republic of Iran by crossing a border river.

Offering sympathy with the families of the victims, Mousavi said, “This incident has occurred on the Afghan soil, and the Islamic Republic of Iran’s Border Police has denied that any such incident has taken place on the soil of our country.”

“Considering the significance of the issue and in order to obtain detailed information about how the incident has occurred on the Afghan soil, we have been probing into the issue in cooperation with the officials of that country (Afghanistan),” the spokesman added.

His comments came after local Afghan news media claimed that about 50 Afghan migrants crossing into Iran illegally have been beaten and thrown into a river.

Afghanistan’s Foreign Ministry in a statement on Saturday said an inquiry had been launched and a senior official in the presidential palace in Kabul said initial assessments suggested that at least 70 Afghans who were trying to enter Iran from bordering Herat province were pushed into Harirud River.