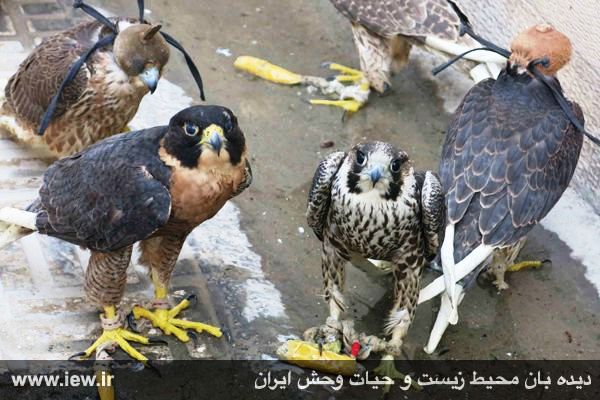 The environmental police in southern Iran have stopped bird traffickers from smuggling falcons from Pakistan to Persian Gulf countries.

The Iranian environmental police have seized two dozen birds of prey from smugglers. What follows is the translation of a report by the website of Iran Environment and Wildlife Watch on the story on October 16:

The environment police of Jask, a town in Hormozgan Province [in the south], along with a group of environmental volunteers and officers from Lirdaf Police Station have seized a big haul of smuggled birds of prey.

Twenty-four birds of prey, including 19 peregrine falcons and five barbary falcons, were smuggled into Sistan and Baluchestan Province from Pakistan. The traffickers intended to smuggle the birds first to Bandar-e-Jask and then to Bushehr Province.

One individual has been arrested in connection with the case which has been handed over to provincial judiciary officials. 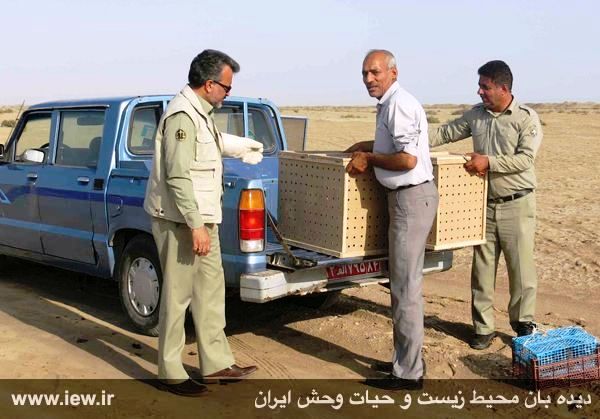 Unfortunately, as a result of improper transfer conditions, two of the invaluable birds died. The rest of them were fed, cared and medically examined by a vet in the presence of the director general of the Environment Protection Organization of Hormozgan and then were set free in the plains of the province.

Birds of prey are protected species in Iran and a majority of them are on the red list of the International Union for Conservation of Nature (IUCN).

Birds of prey are at the peak of the food pyramid and play an important role in controlling the population of reptiles, rodents, and even some animals of the family Canidae.

Hunting, capturing and smuggling such birds into Persian Gulf countries have pushed this precious species to the point of extinction.

Arab falconers are immensely enthusiastic about birds of prey and ready to pay hefty prices for them. Arab sheikhs train falcons to hunt different animals, in particular bustards.

Under Note 2 of Article 13 of the Hunting and Fishing Act, anyone who tries to capture, hunt, sell, buy, carry, keep or smuggle birds of prey such as falcons, barbary falcons, saker falcons, and common kestrels can be sentenced to a maximum jail-term of three years and up to $600 in fines.

Aside from that, the compensation for the damage caused to the environment as a result of illegal hunting of birds of prey including falcons, barbary falcons, northern goshawks, and lanner falcons will be an additional fine of over $6,000. 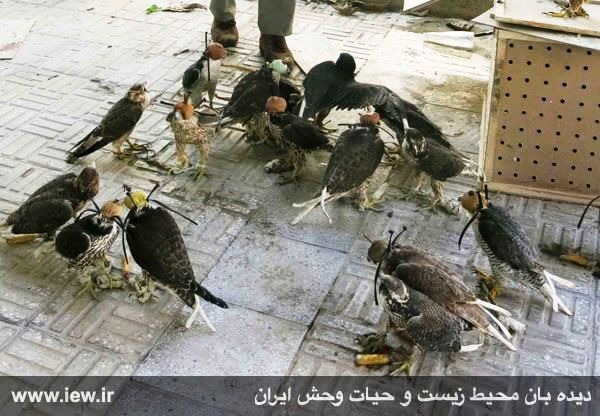