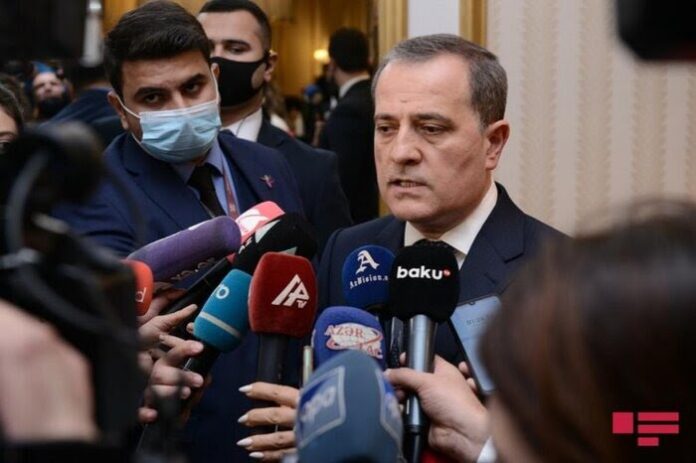 The Republic of Azerbaijan’s Foreign Minister Jeyhoun Bayramov says his country is interested in expanding ties with Iran and the two countries can work together in many areas.

Bayramov also said there are lots of projects for bilateral cooperation given that Iran and Azerbaijan have many commonalities. He added, “I’m confident, we can further deepen our past good ties based on neighborliness”.

Bayramov underlined the continuation of talks by the Foreign Ministries of the two sides, expressing satisfaction with the diplomatic meetings in recent weeks.

Bayramov said, “My respectable colleague (the Iranian foreign minister) and I believe that some differences can be resolved”.

The top Azeri diplomat said disputes are likely between all countries even if they are neighbors.

Bayramov said however close relations between Tehran and Baku showed that differences can be solved through dialog.

He noted that Azerbaijan’s foreign policy priority is to expand ties with neighbors most notably the Islamic Republic of Iran.

He added, “ given the good history of relations and numerous potentials for cooperation, we will witness further expansion of the ties between Iran and Azerbaijan in the near future”.