Ancient Relics Found under Rubble of House Collapse in Iran 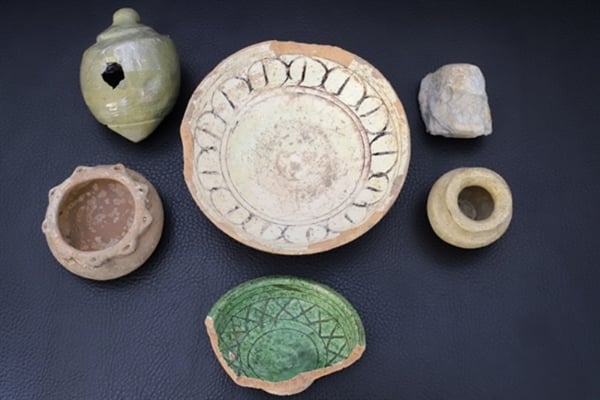 After the collapse of an old house in the Iranian city of Zanjan, some antique dishes have been found which experts say date back to almost 1,000 years ago.

Abolfazl Aali, the director of the research office at the Cultural Heritage, Handicrafts and Tourism Department of Zanjan Province, said the discovered relics prove the old history of Zanjan.

Aali noted that the collection of pottery was found by a man whose house was destroyed in the old part of the city due to the rise of water.

The man has brought the relics to the Cultural Heritage Department of the city immediately after finding them, he noted.

In addition to the items found by the owner of this house, a structure has also been discovered at the site, he added.

“Initial studies show that the dishes belong to periods between 400 and 600 AH and the Seljuk era.”

He further noted that precise archaeological studies should be carried out on these containers, but what is certain is that they belong to the post-Islamic era.

He said that the potteries discovered in Zanjan prove the history of this city goes back to the time of Arab invasion of Iran, but the historical texts emphasise the older history of the city.

“These pieces and containers prove that the city of Zanjan had existed in the era of Islam, but no pre-Islamic era containers have been found yet.”