An Iranian international affairs analyst has called for a return to the talks for the revival of the nuclear deal, saying “whether we get our desired result or not, we should know that sanctions will not be removed without negotiations.”

Hassan Beheshtipour told the Iranian Students News Agency (ISNA) that Iran’s decision to meet with EU officials in Brussels sent the message that Iran wants to differentiate between Europeans and Americans.

But he said Europeans have shown that they cannot act independently from the US.

“The second [such] experience was after the US withdrawal from the nuclear deal when despite Europe’s call on Iran not to exit the agreement and their pledge to compensate for the US pullout, they were only effective in political terms and could do nothing practically in economic terms,” he said.

“In economic terms, European companies do not act on their government’s say-so and are not ready for interaction with Iran for the fear of [antagonizing] the US, and even China and Russia had the same issue.”

“Iran’s argument is that it only enters negotiations if they lead to the removal of sanctions … but the other party says it will not remove all sanctions simultaneously. During the six rounds of talks in Vienna, they had agreed to remove certain sanctions … if Iran returns to its obligations and Iran says … there is no guarantee the US would not violate its [other] obligations. All these need negotiations [to settle].”

He added that Iran will need to end the sanctions as a major obstacle to its economic growth, even if it can advance economic reforms that minimize the impact of the bans. 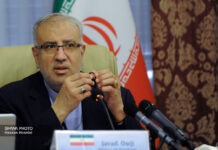