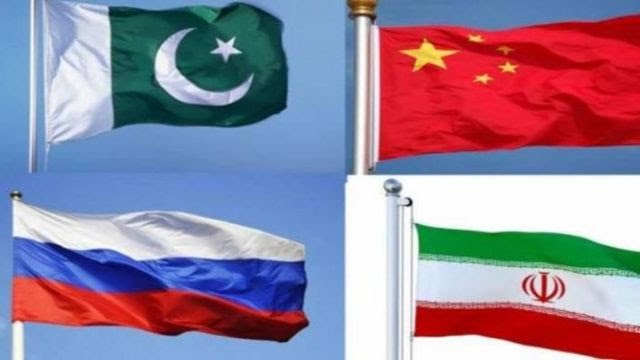 Iran, Russia, China and Pakistan have in a joint statement underlined the necessity of respect for the sovereignty, independence and territorial integrity of Afghanistan.

The statement was issued by foreign ministers of the four countries on the sidelines of the summit of the Shanghai Cooperation Organization and Common Security Treaty Organization held in the Tajik capital Dushanbe on Friday.

The ministers reaffirmed their intention to promote peace, security and stability in Afghanistan and in the region as a whole.

They also called for the implementation of the principle of “Afghan-led, Afghan-owned” and protection of Afghans’ right to pursue peace, stability, development and prosperity.

The ministers also stressed the importance of engaging the states which should bear primary responsibility for post-conflict socio-economic reconstruction of Afghanistan, urging them to provide the country with urgently needed economic, livelihood and humanitarian assistance.

They also underlined the need to conclude national reconciliation in Afghanistan to ensure an inclusive government that takes into account the interests of all ethno-political forces in the country.

The ministers also touched on the security challenges rooted in Afghan soil. They called for coordinated efforts to counter threats, especially the spread of terrorism and drug trafficking, in order to ensure regional stability and address legitimate concerns and interests of neighboring states.

The top diplomats also expressed concern about the precarious humanitarian and socio-economic situation in Afghanistan and the possible risk of a refugee influx in the region.

They called for restoration of peaceful life and economic recovery in Afghanistan and demanded continued humanitarian assistance by the international community.

The ministers also agreed to continue their coordination on the subject at the ministerial, special envoy and the ambassadorial levels.