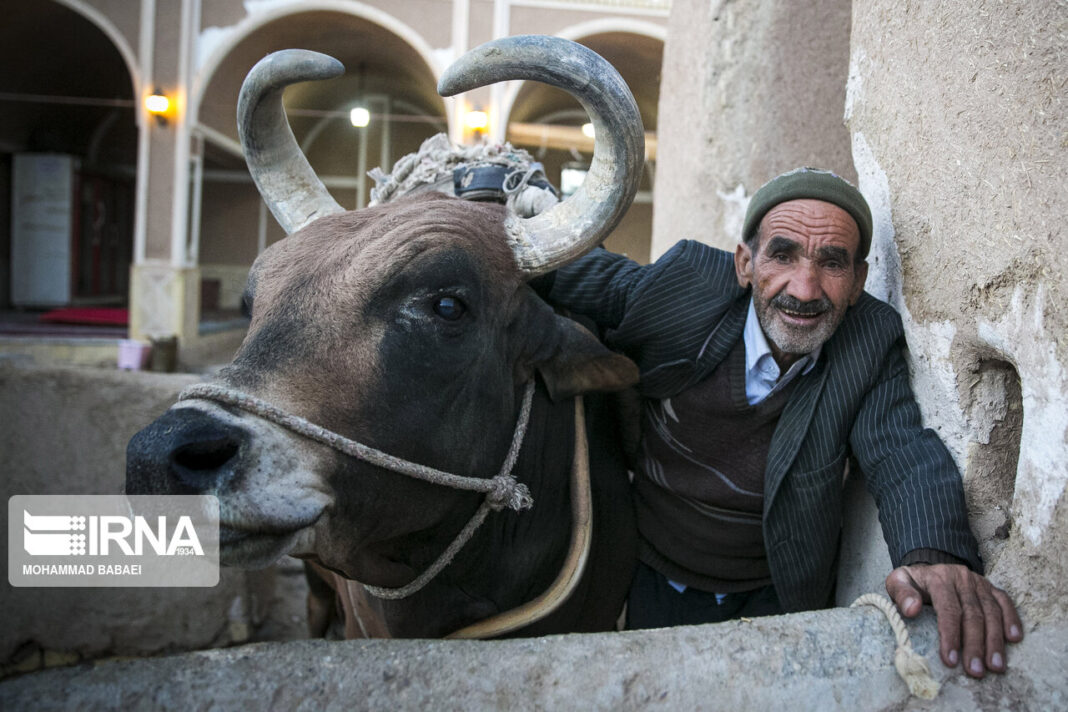 Haaj Ebrahim’s cow moves only when it hears him singing, which has turned into a tourist attraction in the town of Varzaneh in the central Iranian province of Isfahan.

67-year-old Haaj Ebrahim, who lives in Varzaneh, bought two cows from Pakistan 15 years ago to both keep the “cow-well” tradition alive and pull up water from wells.

Haaj Ebrahim has to keep singing the song over and over again to make the cow move.

That is why this cow has won popularity in Iran and many people go to Varzaneh to see the cow.

Haaj Ebrahim and his sons have built a special structure to make it possible for visitors to see the cow and to accommodate them.

Varzaneh is a historical and tourist town located in the vicinity of Gavkhouni marshland. Women living there are known for wearing white-coloured chadors.