A Tour of Art Galleries in Tehran 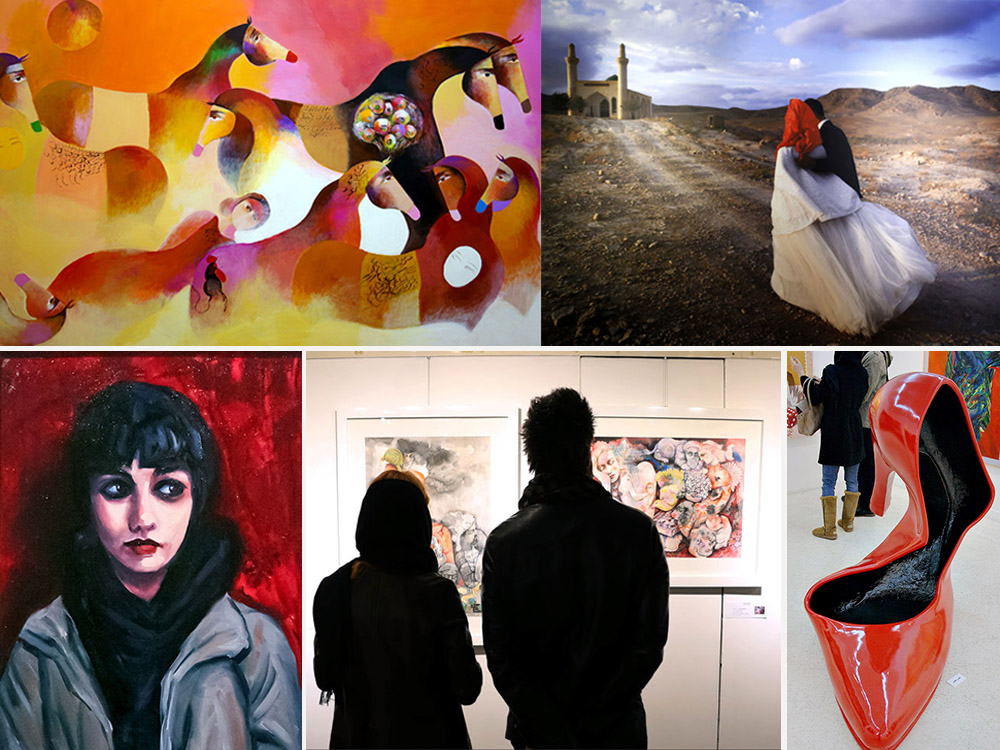 Year after year, the art galleries of Tehran become more prosperous. Iranian people are now more willing than ever to see art and buy gallery items.

These days, dozens of galleries in Tehran are open to the art lovers. Among them, IFP has chosen five in its report:

The exhibition “A review of Iranian modern art pioneers” is underway in the Art Centre galleries. It displays the art of different Iranian regions.

Actually, the paintings by Mohammad-Ali Taraqijah (1943-2010) have been put on display there. The art of Tarqijah was internationally displayed for the first time in the International Art Exhibition of Basel, Switzerland, in 1978.

No land, gravity or density is seen in his paintings: all is free and weightless. Many artists recognise Taraqijah for his poetic style and abstract horses.

He died in 2010, shortly after a successful art exhibition in Switzerland.

“The Red” is an exhibition of painting, size and installation art by Iranian pioneer painters. It is being held in Negar gallery on the occasion of its first establishment anniversary.

The calligraphy paintings of Abbas Rahimi, titled “Golden Nocturnes”, are being exhibited in Taraneh-Baran Art Gallery. He is the first Iranian to draw by calligraphy. The magnificent verses of great Iranian poets are depicted in his art.

His calligraphic art is different from others in that he has just used colour, and not ink, in his works.

Unveiling the Essence of Body

Inspired by Iranian miniature, this experienced artist depicts women as the permanent, inseparable part of his art. Rather than focusing on their sexuality, Mowlaeian portrays women in a sociological, psychological and philosophical context; in a surreal space surrounded by colours and backgrounds.

The art of Mowlaeian has been displayed in more than 100 solo and group exhibitions, and sold at four international auctions in New York City, Iran, Switzerland, and China.

“Be My Mirror” is an exhibition of Jamshid Bayrami’s photography in Shirin Gallery.

Born in 1961 in Tehran, Bayrami has won many photography awards, including the France Press photo contest’s second place in 1997.