A look at Iranian newspaper front pages on Feb 3

IFP has taken a look at the front pages of Iran newspapers on Wednesday and picked headlines from 15 of them. IFP has simply translated the headlines and does not vouch for their accuracy.

1- We changed the world’s view of Iran. The President, in a TV interview, says the government is a supporter while the people play the main role 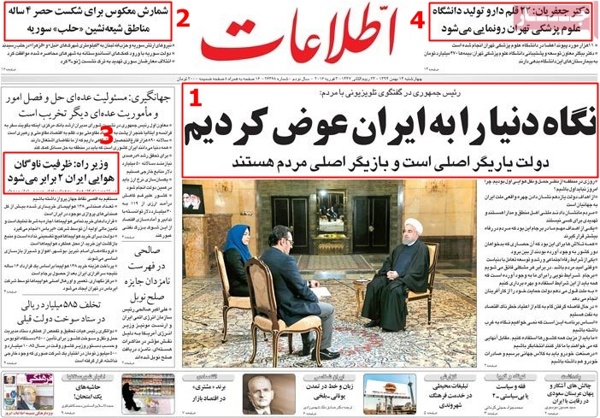 2- Minister of Roads and Urban Development: Iran and Lebanon have signed 3 cooperation agreements – President Rouhani calls for massive turnout in elections: Don’t turn your back on the ballot box 1- Covering vehicle’s number-plate is an offence 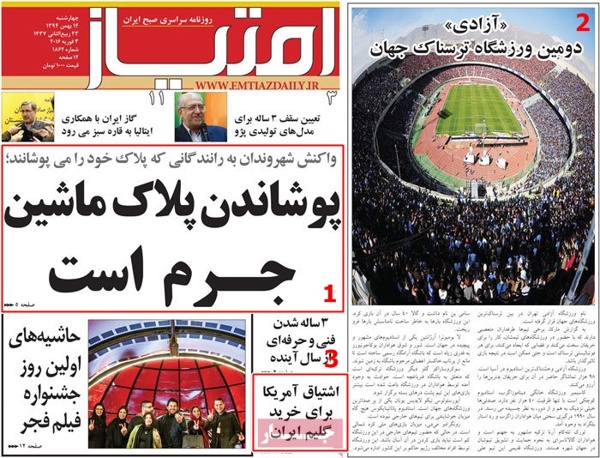 1- Supreme Leader: sacrifice for religion and revolution is not limited to a specific segment of society

Zarif: I call on Saudi Arabia to surrender to wisdom

Steinmeier: No need for our mediation between Tehran and Riyadh 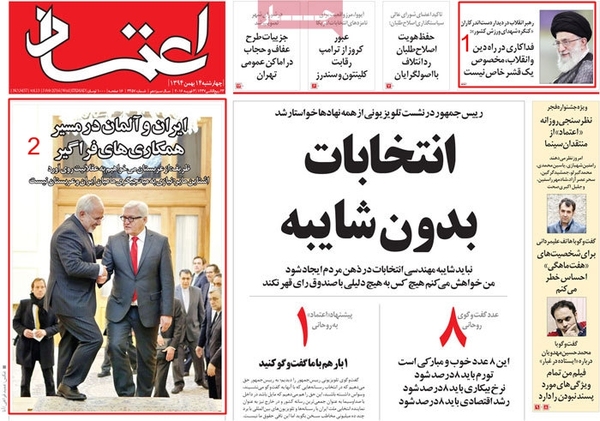 1- Americans Pull the Hand-Brake on Trump

2- The Anti-Iranian US Presidential Candidate Stopped at First Step 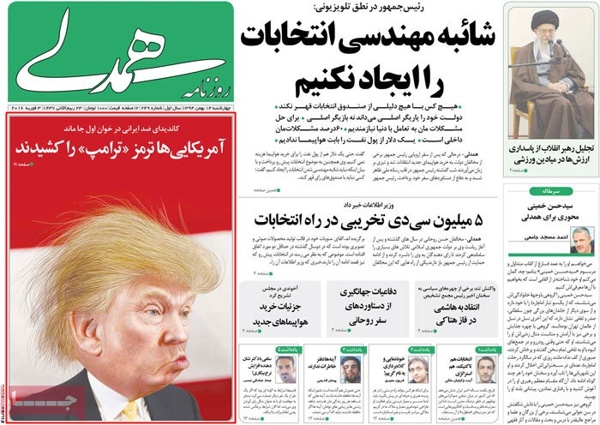 – Honoring Guard commanders with Fath Decoration, a humiliation to US 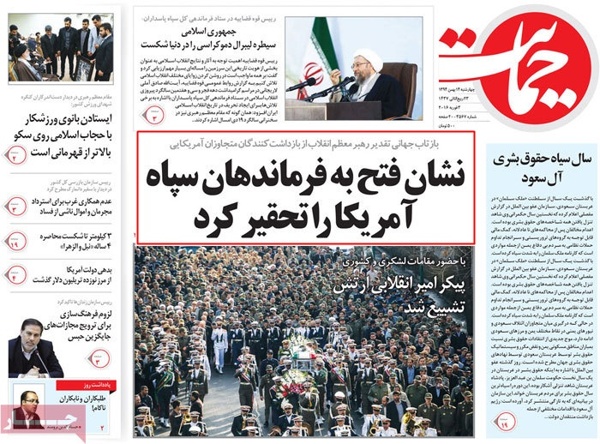 1- Rouhani in a TV interview: Now it’s the nation’s turn 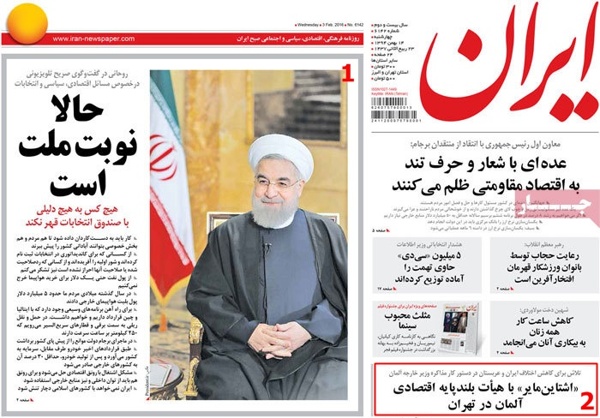 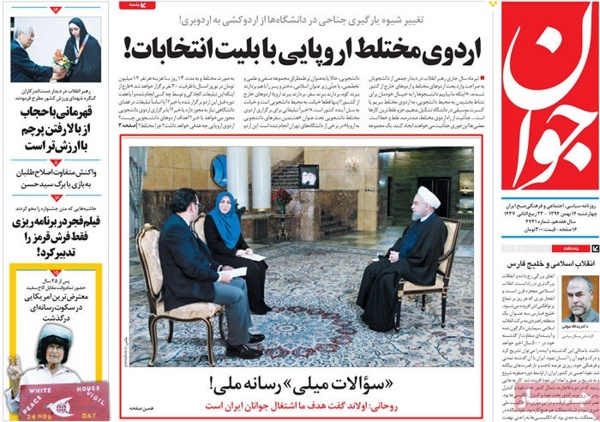 1- If Hollande was capable of creating jobs, he would have found employment for French youth

2- Determining the future of American people with a coin-toss 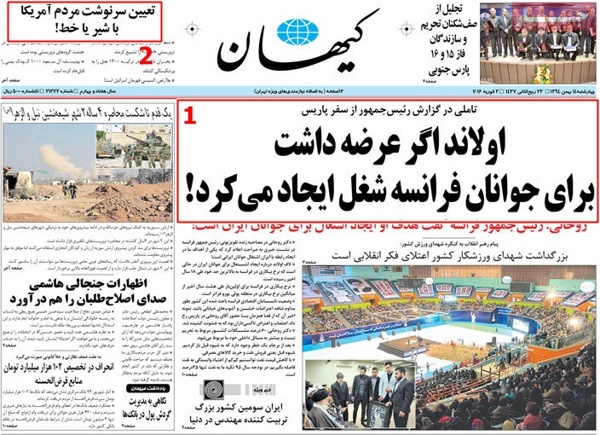 1- More than a championship – Supreme Leader: the value of female athletes observing Islamic dress code, refusing to compete against Zionist rivals and kneeling down after victory is greater than the championship itself

2- Daesh and Al-Nusra terrorist groups should not be allowed into Syrian peace talks, Zarif says in talks with German Foreign Minister 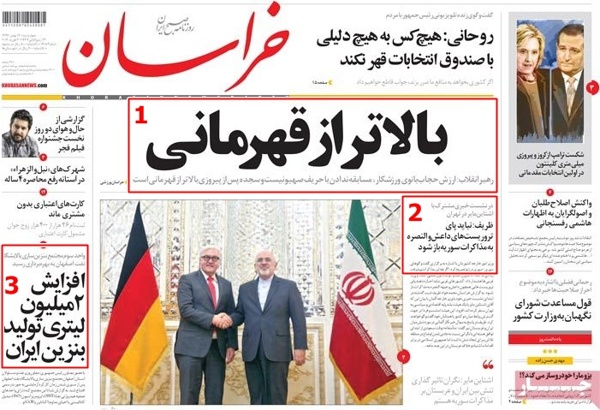 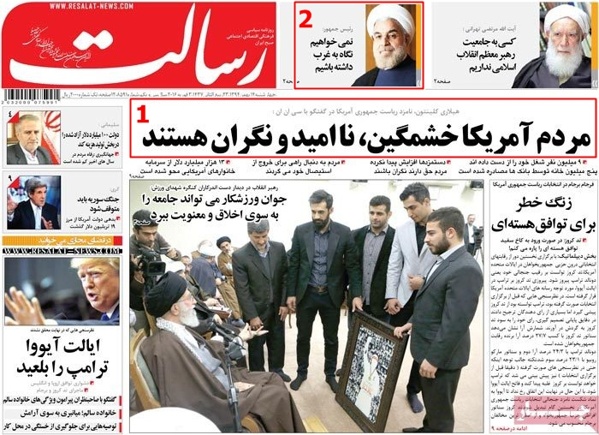 1- Mohammad Reza Aref: People will have the final word on election day 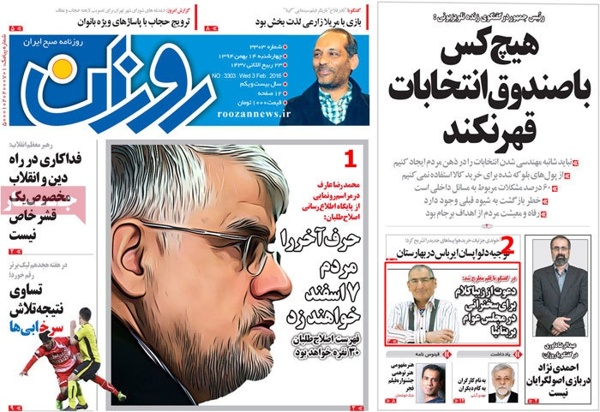 1- First Vice President: Bullying creditors should know that the law is more of a bully than them

At the closing ceremony of the 4th International Fajr Theater Festival, artists talked about their respect for the Foreign Minister, Mr. Zarif – Iran on path for dialogue

Velayati in Moscow and Steinmeier in Tehran 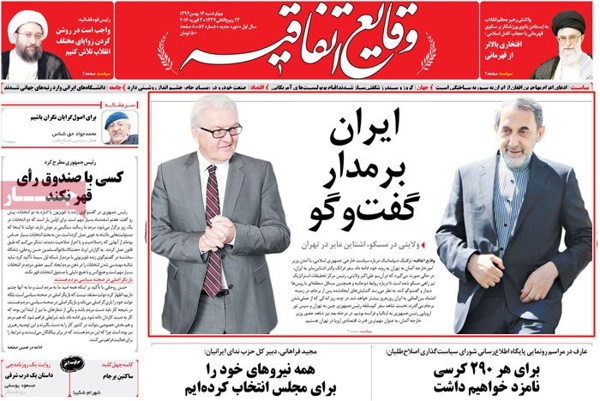