A look at Iranian newspaper front pages on Feb. 26

Comments of President Hassan Rouhani in a speech in Qom in defense of the economic performance of his administration and about nuclear talks dominated the front pages of Iranian newspapers on Thursday. “Any deal should see all sanctions lifted.” A naval drill by the Islamic Revolution Guards Corps in the Strait of Hormuz also grabbed front-page headlines.

Abrar: Naval Forces of the Islamic Revolution Guards Corps put their power on display in the Persian Gulf and the Strait of Hormuz.

It came during a military drill code-named Great Prophet 9. 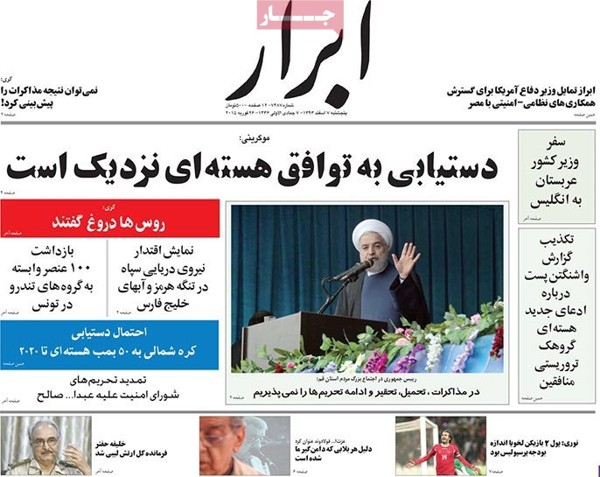 The president made the comment during a visit to the central city of Qom on Wednesday.

Afkar: “Comments by [US Secretary of State John] Kerry that Iran is meddling in Yemen amount to passing the buck,” said Iranian FM Spokeswoman Marziyeh Afkham. 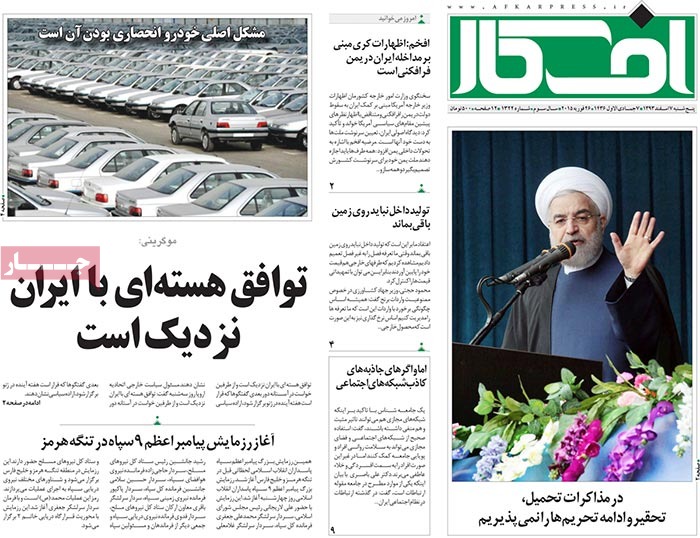 Aftab-e Yazd: Plans to ration water have been set in motion. 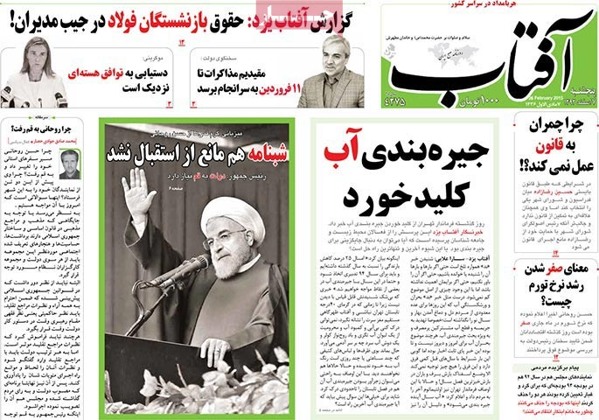 Asrar: The extremely high costs of healthcare have been cut in half. 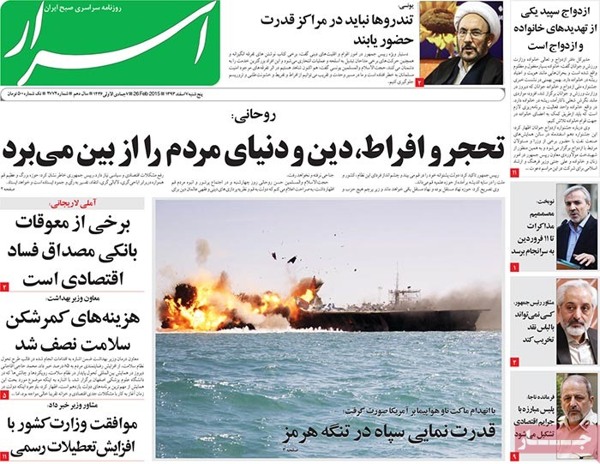 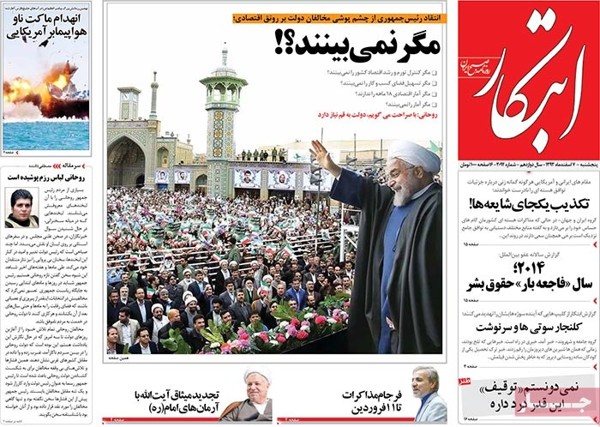 Emtiaz: “The Interior Ministry has agreed to offers to increase the number of public holidays,” said an advisor to the interior minister. 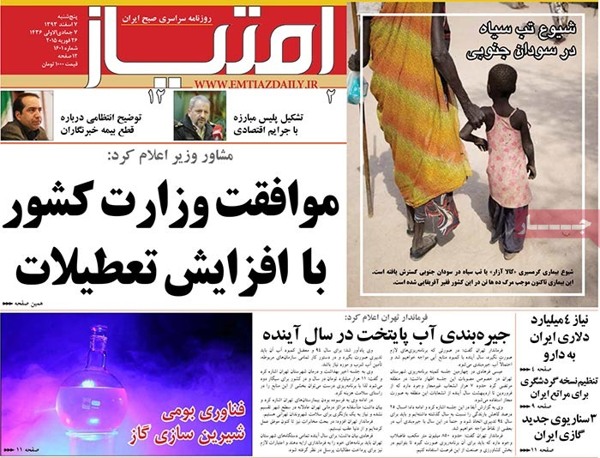 Etemad: “We want nuclear talks [with P5+1] wrapped up by the end of March,” said the government spokesman. 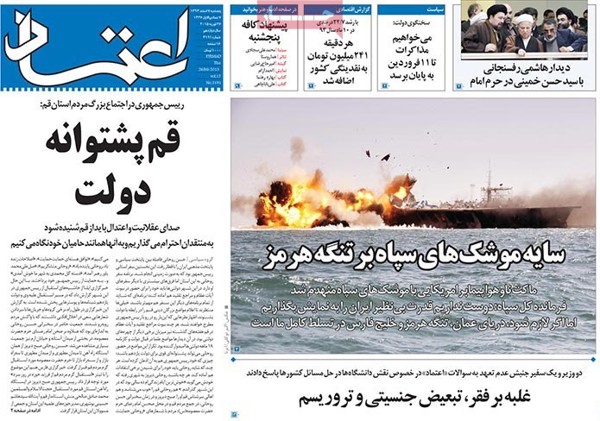 Ettela’at: Revival of the economy and ethics and interaction with the rest of the world are on the government agenda

“Backwardness and extremism destroy faith and the world. Islam is not a religion of violence, prescribing austerity for its followers,” said President Rouhani during a visit to Qom. 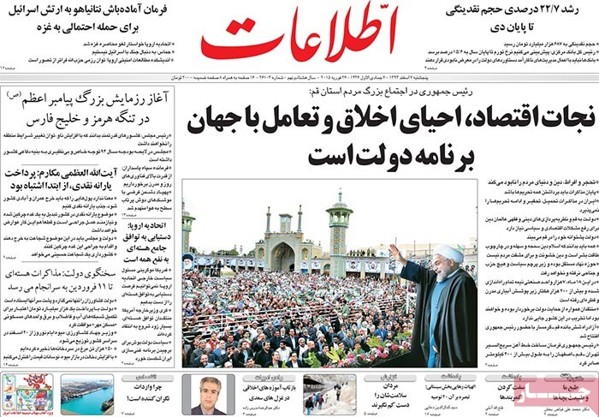 Hemayat: The Judiciary supports healthy investment and efforts to remove the obstacles standing in the way of local production. 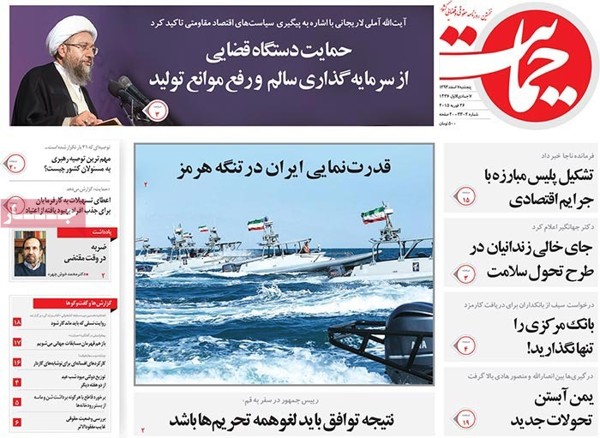 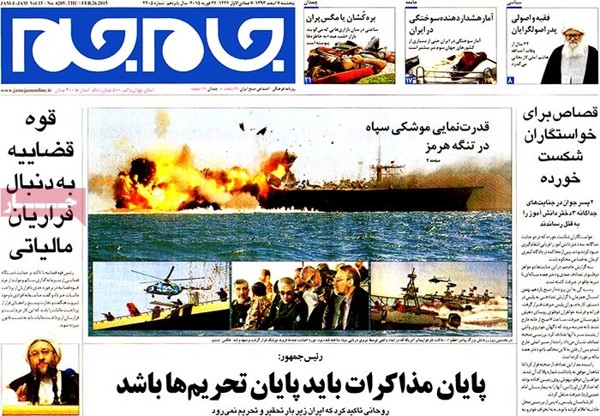 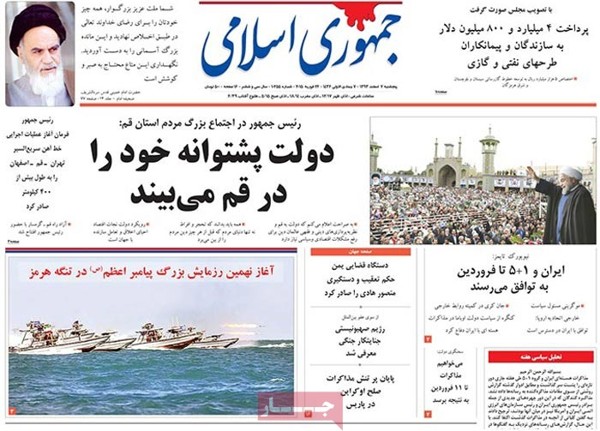 Kayhan: Demolition of a mock American aircraft carrier on day one of an IRGC naval drill in the Persian Gulf has grabbed headlines around the world. 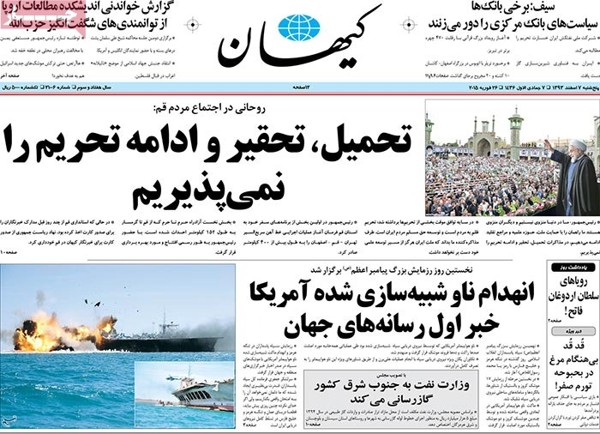 The parliament speaker made the comment in the south where he oversaw a naval drill by the Revolution Guards. 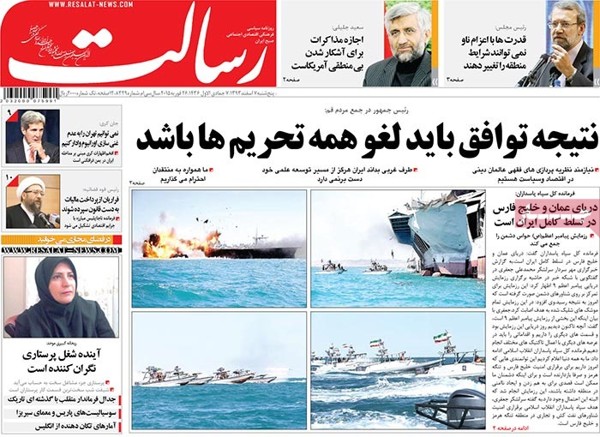 Sharq: A special advisor to the president has warned about Shiite-Sunni divisions. 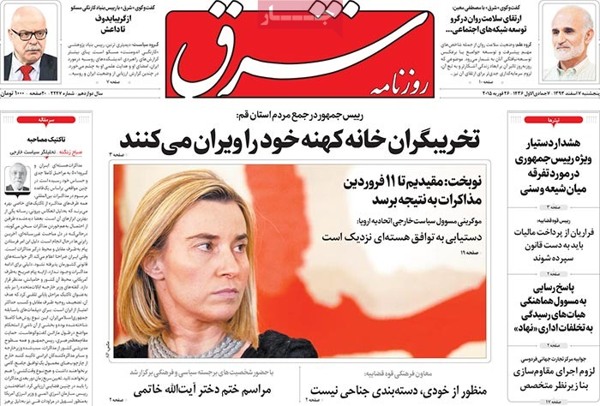