A look at Iranian newspaper front pages on Feb 2

IFP has taken a look at the front pages of Iran newspapers on Tuesday and picked headlines from 19 of them. IFP has simply translated the headlines and does not vouch for their accuracy.

3- Minister of Culture: Experienced artists should not appear on Satellite TV Channels 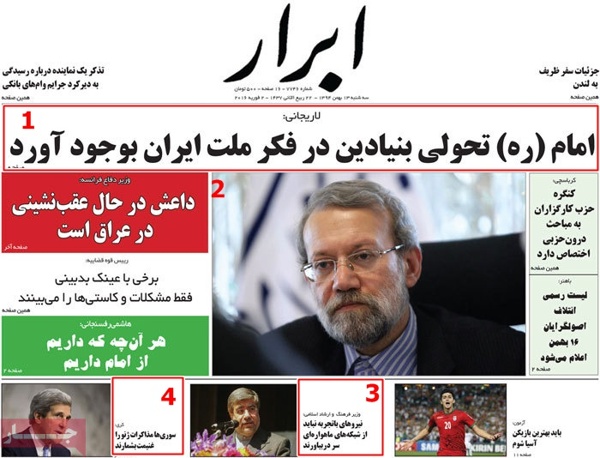 On Monday, Ayatollah Hashemi Rafsanjani acknowledged that he was powerless to initiate a reconsideration for candidates disqualified from forthcoming elections 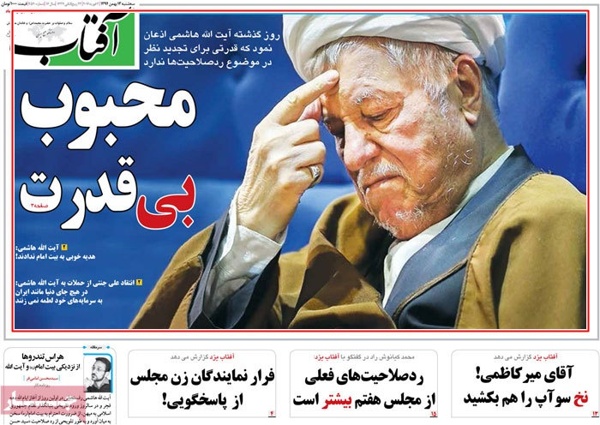 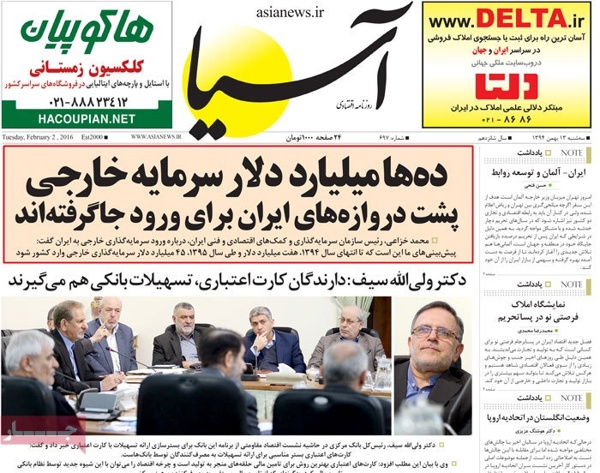 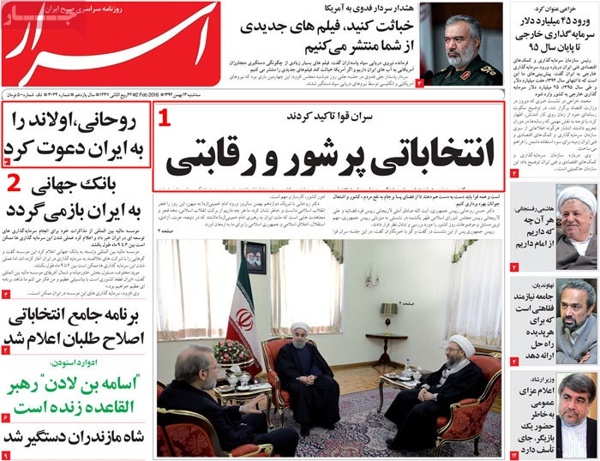 2- Ayatollah Hashemi Rafsanjani: Whatever we have is due to Imam Khomeini 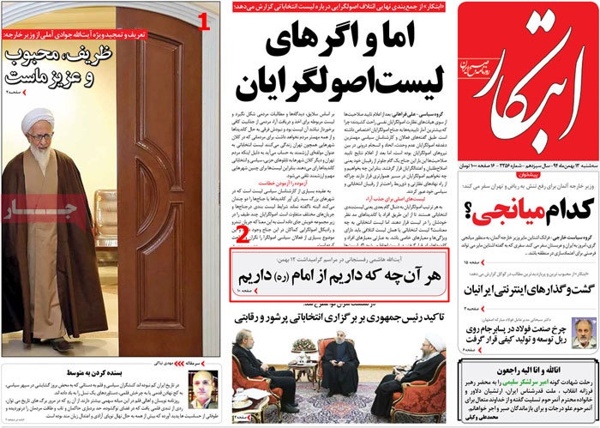 3- Minister of Education: Joint Comprehensive Plan of Action (JCPOA) will be added to school curriculum 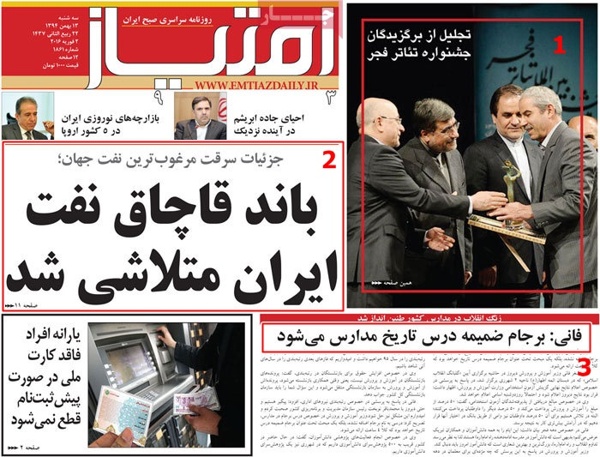 1- Ayatollah Hashemi Rafsanjani: all of us are indebted to Imam Khomeini and his family

3- President Rouhani: achieving progress is only possible through agreement among the 3 branches of government 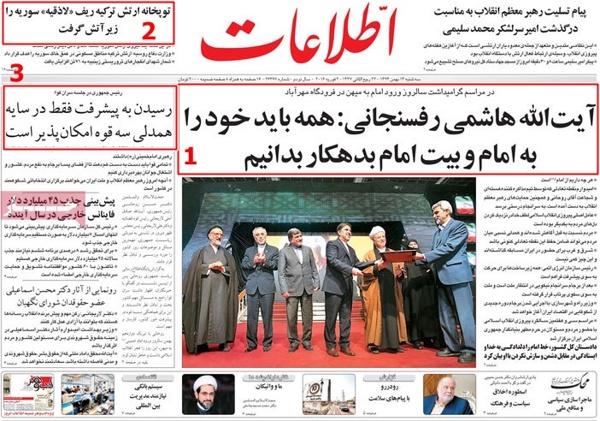 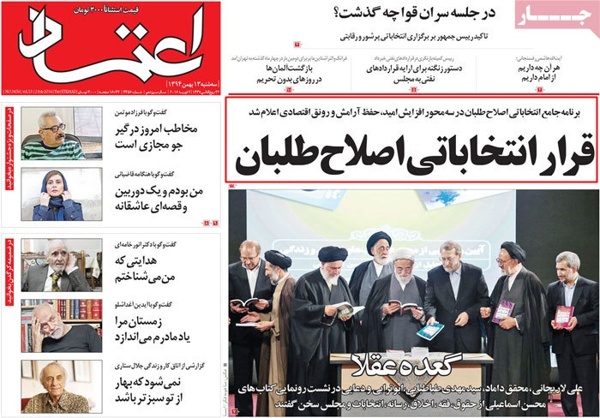 After Iraq, Malaysia and Pakistan, now it is Germany’s turn 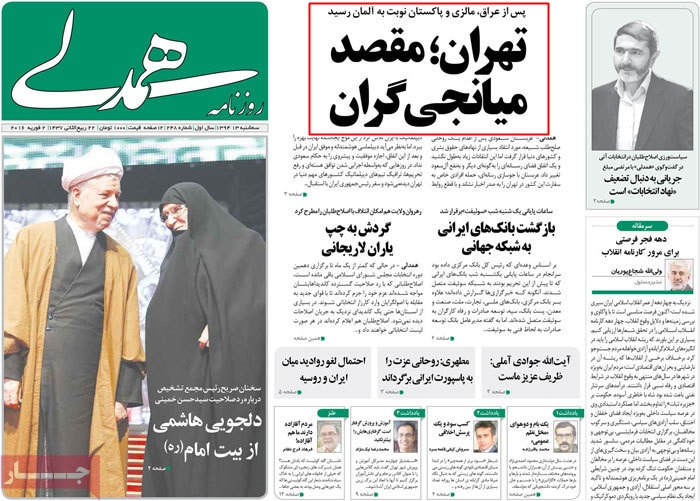 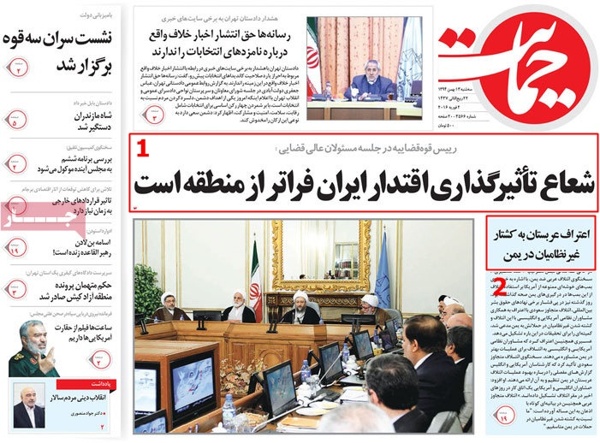 1- Most competitive National Film Festival during the “Era of Hope”

The New Year of Iranian Cinema started on Sunday evening at Vahdat Hall.

The Minister of Culture said that Iranian Cinema is not bankrupt, but moving forward and more ambitious than ever

3- Advisor to President Rouhani: We need unanimity among factions to achieve economic growth 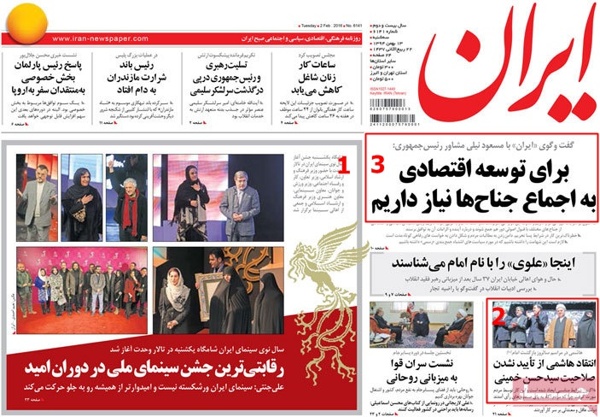 1- Iranian lagoons have dried up 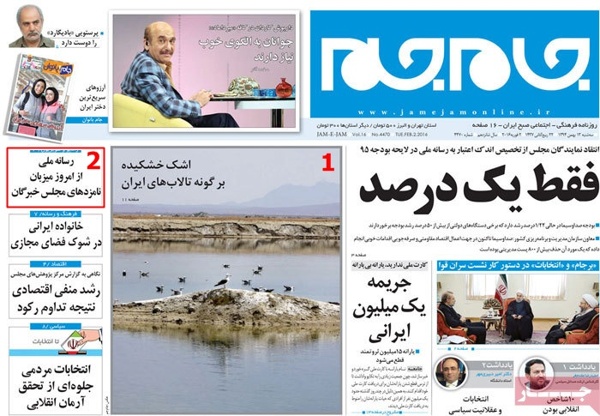 1- The one who thinks the revolution is indebted to him appears at Mehrabad Airport (a reference to comments made by Mr. Hashemi Rafsanjani).

2- In case of US intrigue, we will screen humiliating videos of its sailors 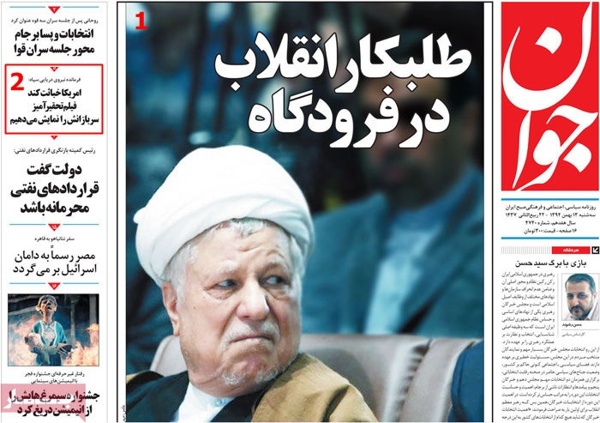 2- World Bank to return to Iran with new investments 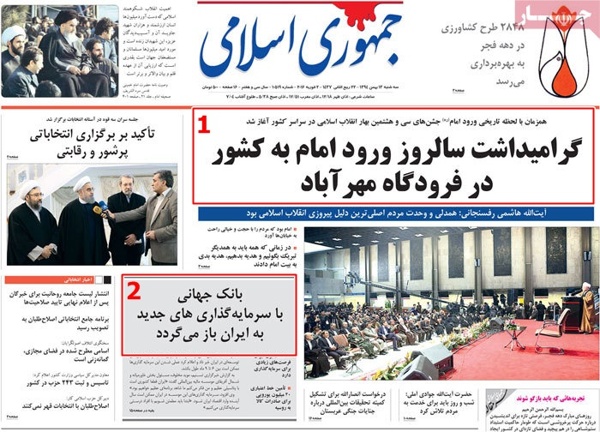 2- Import of hybrid cars from abroad despite their local availability 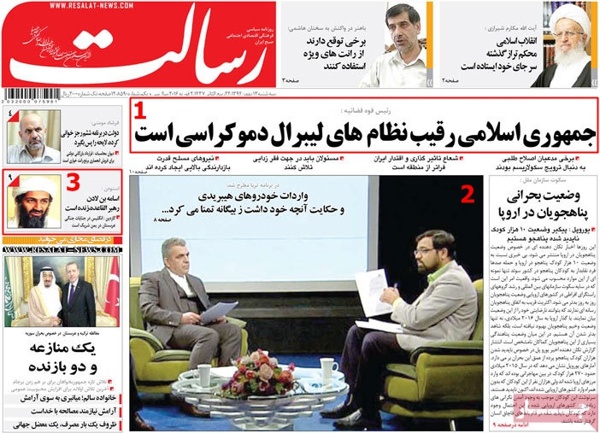 1- Internet to connect all villages, says Minister of Communications and Technology

2- Velayati: a strategic policy of looking eastwards will be pursued 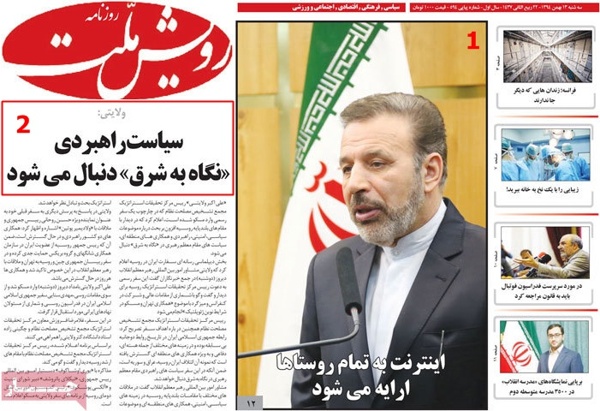 1- General Fadavi: we have hours of horrifying and humiliating films for the Americans

3- Germans to be first investors in Iranian petrochemical industry 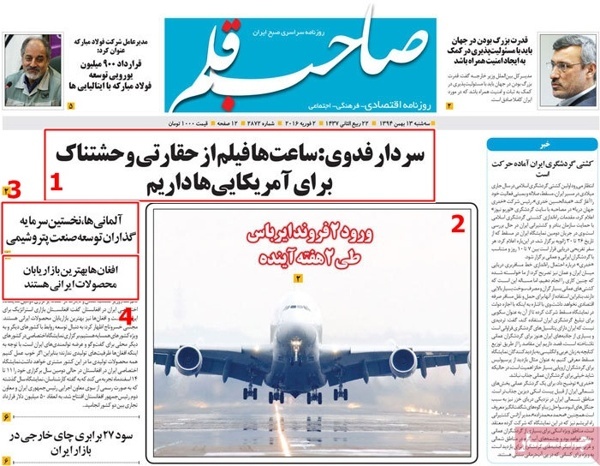 1- Cost of IRR400bn due to narcotics and addiction in Iran

2- Iran regains its share of the international aviation market 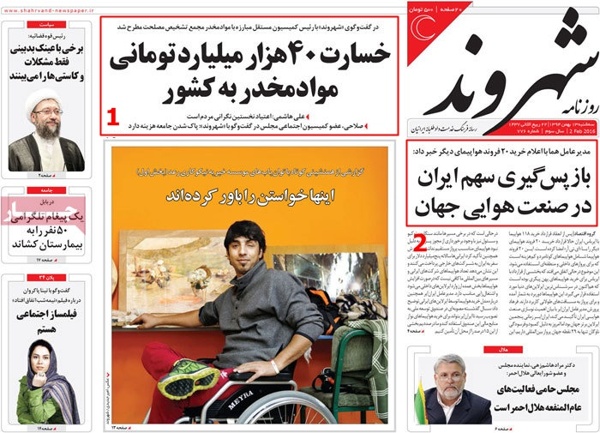 1- Iranian special envoy to the Kremlin 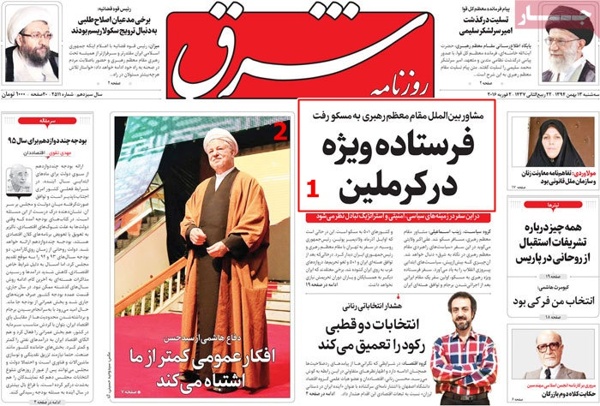