A look at Iranian newspaper front pages on April 7

Abrar: Five MPs have sent a letter to the parliament speaker calling for a speedier judicial investigation into a report on the workings of the Social Security Organization. 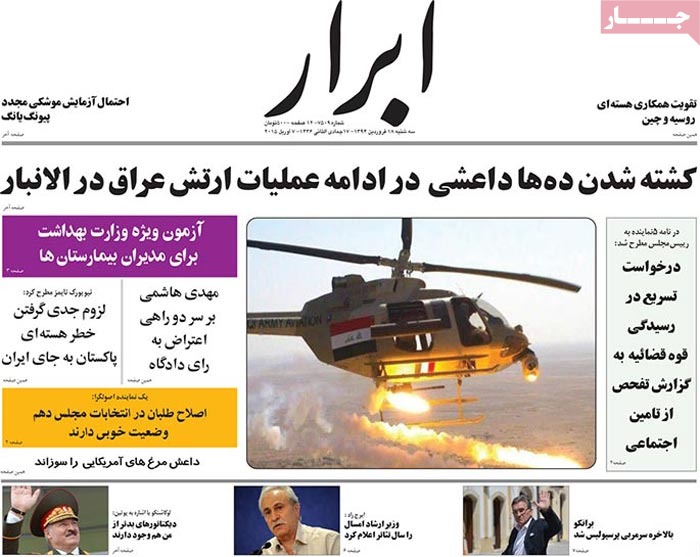 More than 345 local and foreign teams are competing in the robotic competition. 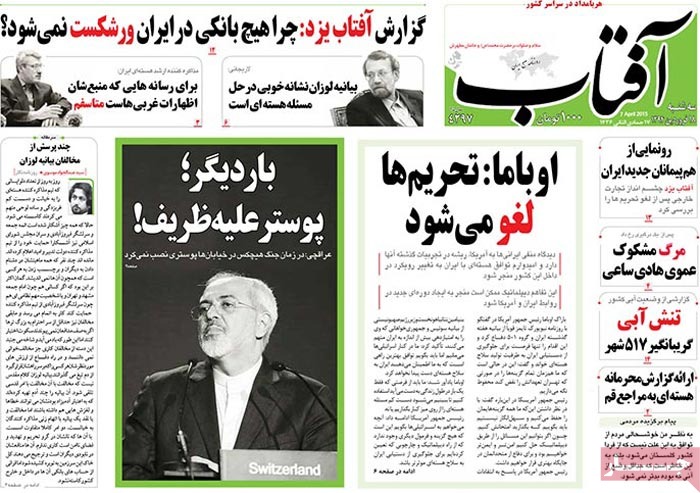 Asia: A train full of American and European tourists will cross the border into Iran on Thursday. 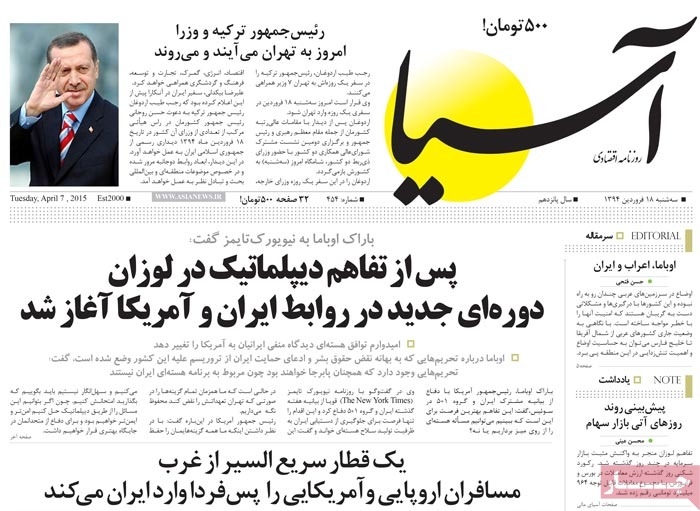 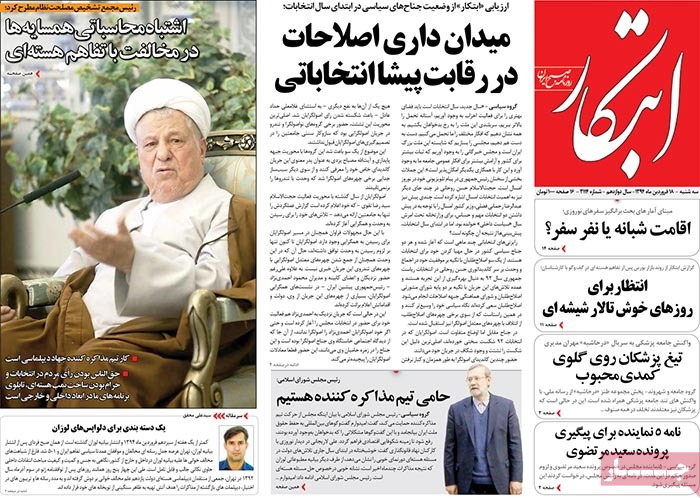 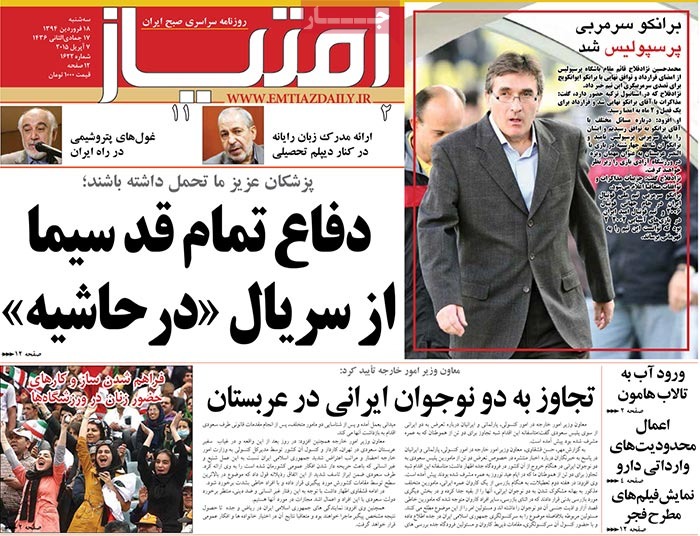 Ettela’at: Senior Shiite clerics have underlined public support for the government as it tries to secure the lofty goals of the establishment.

Ettela’at: A special commission has been set up to counter a wave of farmland destruction.

Ettela’at: “Government is determined to crack down on corruption,” said President Rouhani.

Speaking at a meeting with Judiciary officials, the president also said the Judiciary shoulders a heavy responsibility in the fight against corruption. 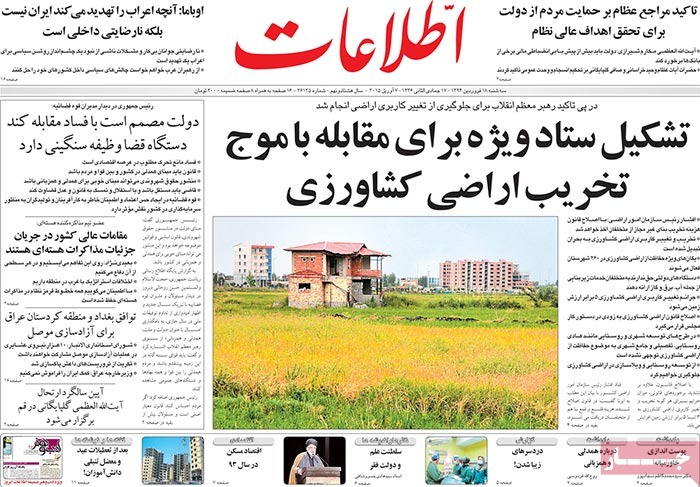 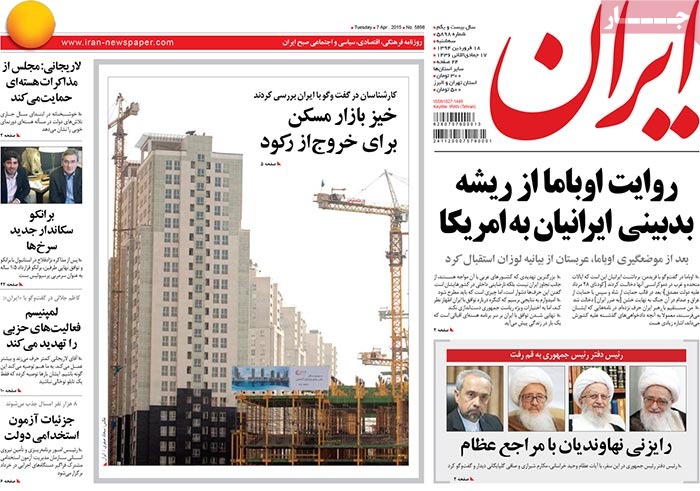 Jomhouri Islami: Global petrochemical giants have lined up to return to Iran. 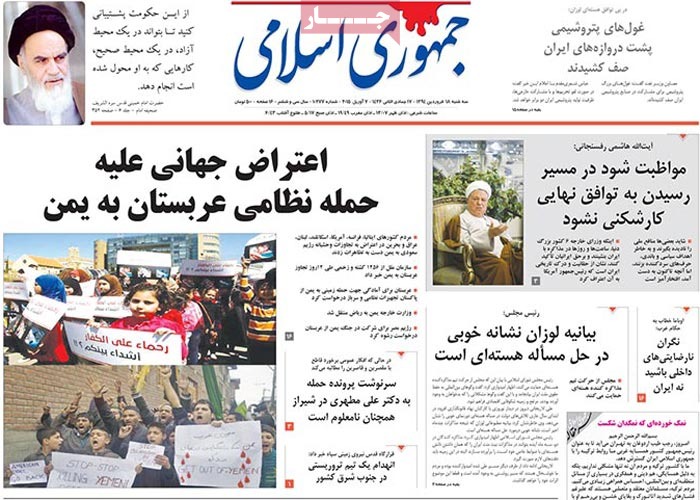 Kayhan: Being upbeat about the deal will render the enemy greedier. 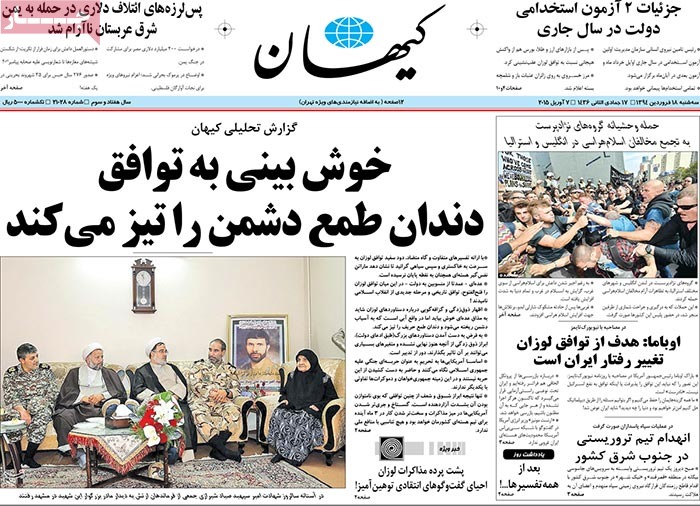 Resalat: “The Saudi offensive against Yemen has taken aim at the Muslim community,” said Ali Larijani. 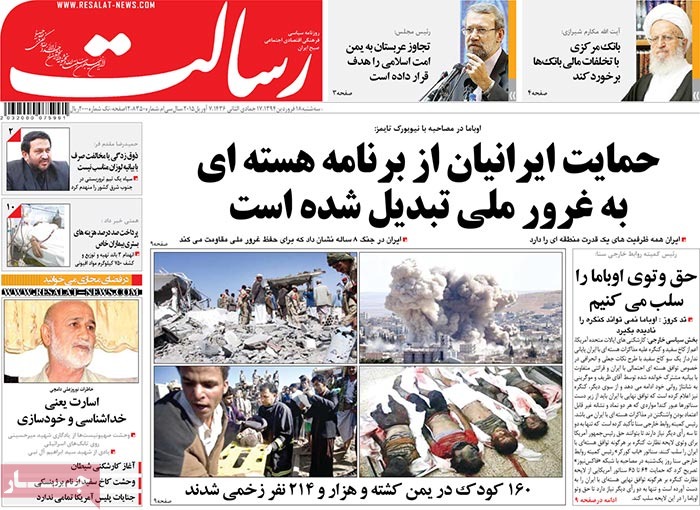 Rooyesh-e Mellat: The president’s chief of staff has presented reports to senior clerics on the latest in nuclear talks. 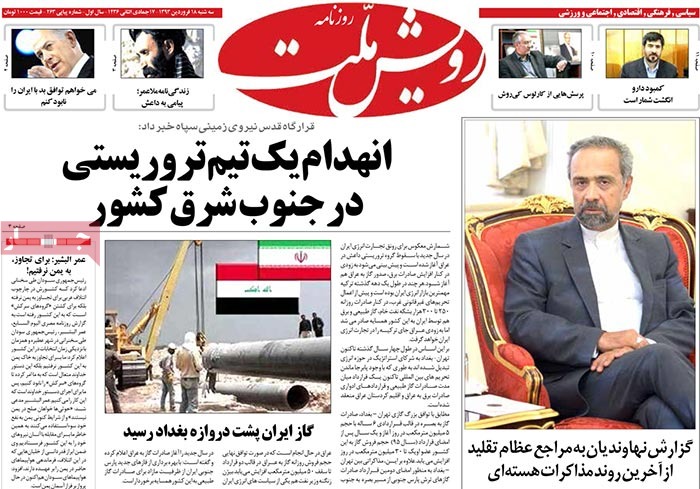 Taadol: The Turkish president is expected in Tehran on Tuesday. 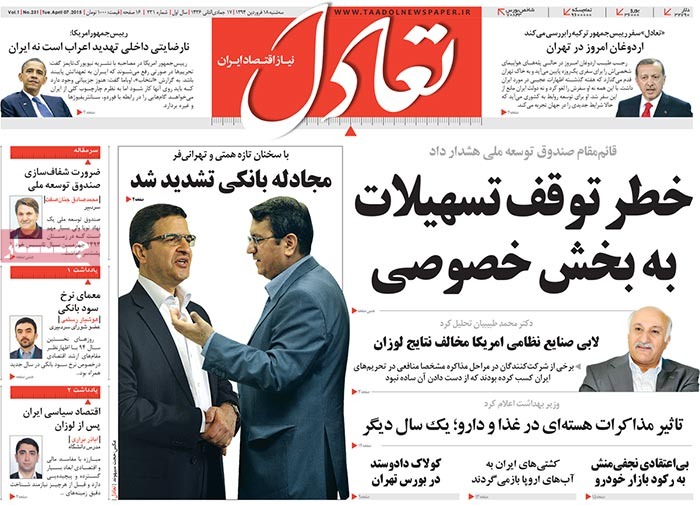