A look at Iranian newspaper front pages on April 10

1. Building houses in cities is more costly than in desert

The scheme was aimed at providing inexpensive houses to the nation and was initiated under former administration. 1. Principalists lost to themselves, not the opponent: expert

2. No specific section for Iran in Louvre 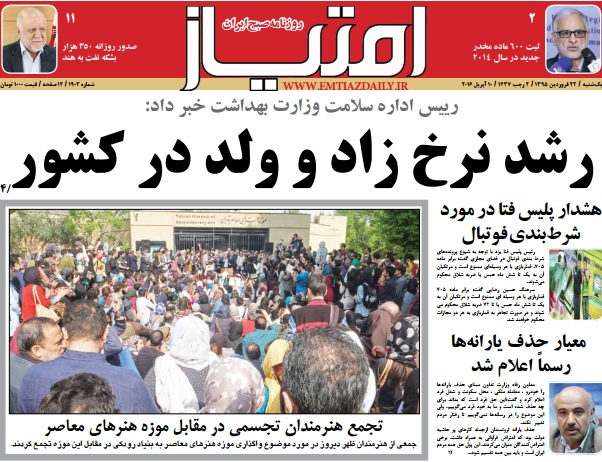 1. 200 runners from 20 countries compete in running match in Persepolis

2. Iran is a part of me: Former Italian embassy staff in Iran

3. Details about elimination of the rich from subsidy handout recievers