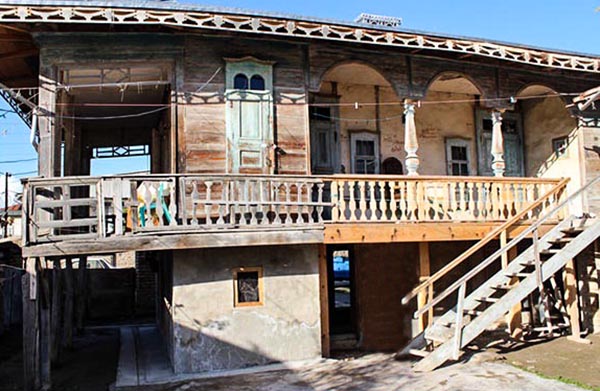 Gomishan has strange houses. According to a report from an ISNA cultural heritage journalist, many buildings dating back to more than 150 years ago are still inhabited in the city. Some of these buildings contain bricks taken from the Great Wall of Gorgan.

Javid Imanian, a historical expert on Gomishan, remarked, “The name ‘Gomishan’ derives from the Gomesh hill, which means ‘Silver Hill’. They thought that there was silver in the hill, which is why it was called ‘Gomesh Tepe’ in the Turkmen language.”

He continued, “The existence of archaeological hill-sites around Gomesh Tepe suggests an ancient civilization in this region. This is especially the case with the Great Wall of Gorgan, which is the third-longest wall in the world, after the Great Wall of China and the Limes Germanicus. The Turkmens call it Qazal Al’an.”

“Gomesh Tepe was one of the commercial ports between Iran and Russia in the Qajar era,” he added. “In addition to trade, there was an influence from Russian architecture, which was mixed with local and Iranian styles in some of the structures here. There aren’t any buildings like this to be found anywhere in the country. Gomishan’s buildings are unique, and the only similar examples can be found in certain parts of Azerbaijan, Russia and Central Asia.”