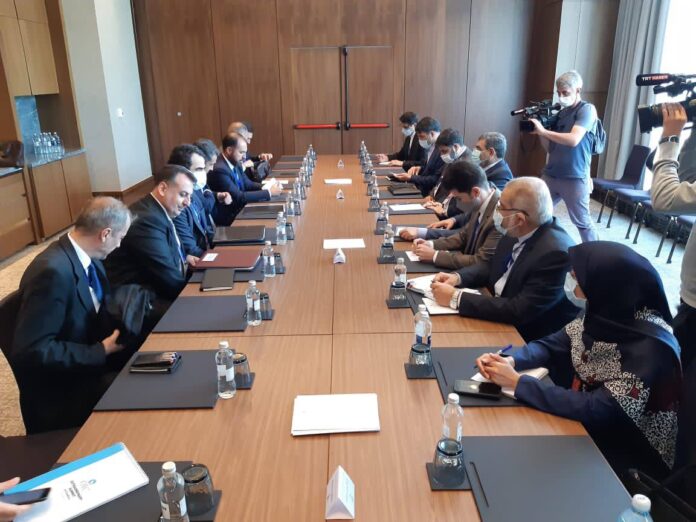 The 16th round of Astana Talks on Syria Peace is being held in Nur-Sultan, the capital city of Kazakhstan, and will wrap up on Thursday, July 8, 2021.

On the first day of the summit, the delegation of the Islamic Republic, headed by Ali-Asghar Khaji, the senior advisor to Iran’s Foreign Minister on special political affairs, held talks with the delegations of Syria, Russia, Turkey and Geir O. Pedersen, the United Nations Special Envoy for Syria.

In these meetings, the most important efforts in the field of political stability in Syria, holding the country’s presidential elections, trying to hold the sixth meeting of the Constitutional Committee in Geneva, the issue of border crossings, US sanctions against Syria as well as the issue of detainees and other related issues were discussed.

Meanwhile, the delegation of the Islamic Republic of Iran expressed its positions on the fight against terrorism, humanitarian aid, and the continuation of US sanctions against Syria.

It must be noted this is the first meeting being held within the framework of Astana-Nursultan process negotiations since the outbreak of the Corona virus.