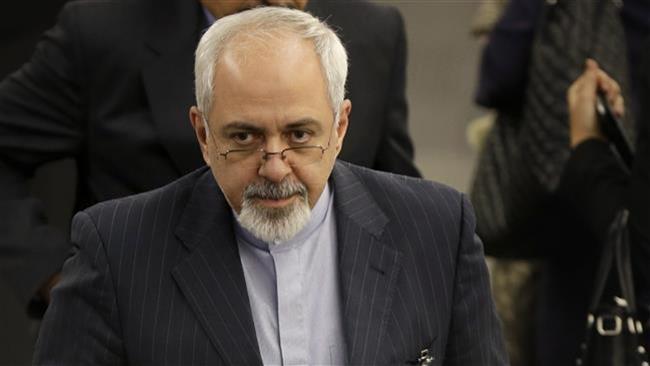 As the implementation of the nuclear deal is around the corner, it is necessary to hold talks with China on how to use the new situation to boost joint economic activities, said Zarif.

Foreign Minister Mohammad Javad Zarif has praised China’s constructive role in the negotiations between Iran and P5+1, expressing hope that Beijing will help with the implementation of the nuclear agreement between Tehran and six world powers.

Zarif made the remarks on the Joint Comprehensive Plan of Action (JCPOA) upon arrival in the Chinese capital at the head of a delegation on Monday.

The Iranian top diplomat said that President Rouhani and Chinese President Xi Jinping have met four times over the past two years, adding that the meetings indicate the two countries’ willingness to expand their ties.

“Good and apt decisions have also been made on joint investment,” Zarif said.

Expounding on the reasons for his trip, he said that as the implementation phase of the nuclear agreement between Iran and P5+1 is just around the corner, it is “necessary” to hold talks with “our Chinese friends” on how to use the new situation for expanding fundamental joint economic activities which are in line with the interests of both countries.

Zarif said that discussions on terrorism, extremism, and crises in the region are also on the agenda of his meetings with the Chinese officials.

He went on to say that Iran and China have common interests and face similar threats, which have encouraged the countries to “have extensive and constructive consultations over the past years.”

The foreign minister said that the two countries enjoy extensive relations in political and economic fields.