Yemeni Children Not as Important as Thai Kids Trapped in Cave 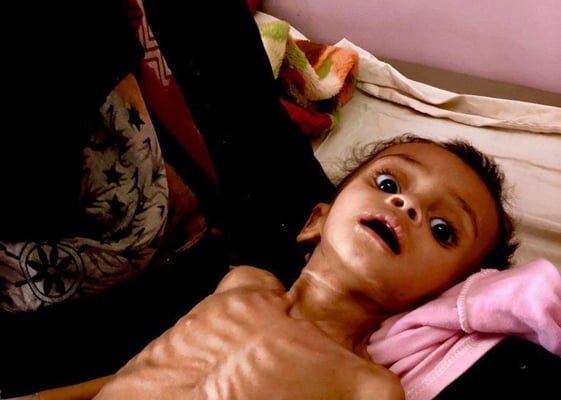 While a huge number of media outlets across the world put all their focus on the recent rescue of 12 little boys from a cave in Thailand, the Saudi-led coalition’s slaughter of Yemeni children on a daily basis sparks no significant reaction from the world.

On 23 June 2018, twelve members of a junior football team, aged 11 to 17, and their 25-year-old assistant coach entered a cave in Thailand’s Chiang Rai Province. Shortly after, heavy rains partially flooded the cave, blocking the exit and forcing the group deeper into the cave.

Efforts to locate the group were hampered by rising water levels and strong currents, and no contact was made for more than a week. The rescue effort expanded into a massive operation amid intense worldwide media coverage and public interest. On 2 July, after advancing through narrow passages and muddy waters, British divers found the group alive on an elevated rock about 3.2 kilometres from the cave mouth. Between 8 and 10 July, all of the boys and their coach were rescued from the cave – four each day.

Over 1,000 people were involved in the rescue operation, including Thai Navy SEALs and volunteers and technical assistance teams from multiple countries. The stressful story received a great deal of attention from mainstream media across the world, and it really deserved it. However, it also once again showed the mainstream media’s double-standard policies when it comes to the lives of innocent children.

The UN verified on Tuesday the killing and maiming of 1,316 children last year alone, 51 percent of them in airstrikes by the Saudi-led coalition.  The question is what’s the difference between Yemeni children and Thai kids? They haven’t played any role in the ongoing conflict between Saudi Arabia and the Houthi militants in Yemen, but they are falling victim to Riyadh’s brutal aggression.

Yemeni kids, starving in the horrific caves of an unwanted and unequal war, need the world media and the international community to hear the sound of their last breaths.