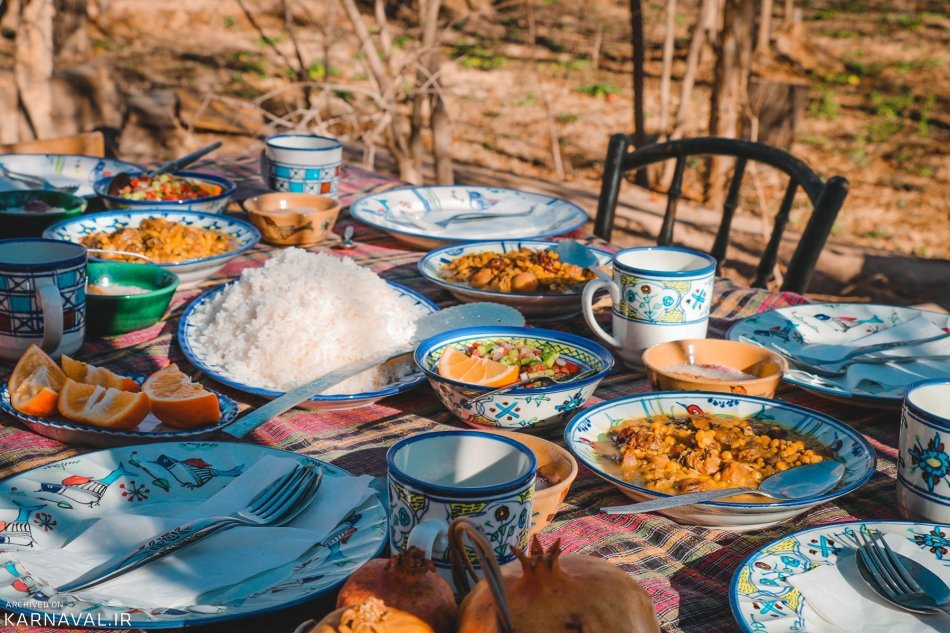 The city of Yazd in central Iran is mostly known internationally for its historical buildings. Nevertheless, local foods are also a major part of the city’s tourist attractions.

The foods of Yazd mostly have a hot nature compatible with the desert climate of this city.

People of Yazd pay due regard to traditional medicine. They pay attention to the cold or hot nature of foods when cooking them and, of course, they are more inclined to eat foods with hot nature.

Traditional bread is an integral part of Yazdis’ tables at breakfast time. In cold season, “ground sesame and syrup” and “sesame paste” are found in every home.

Watermelons and pomegranates are the most frequently used fruits.

This is a traditional type of stew cooked in Yazd and is on the menus of all traditional restaurants in the city. Instead of split peas, peas are used to make this type of stew. Its ingredients include red meat, chopped onions, cinnamon, cardamom and turmeric. 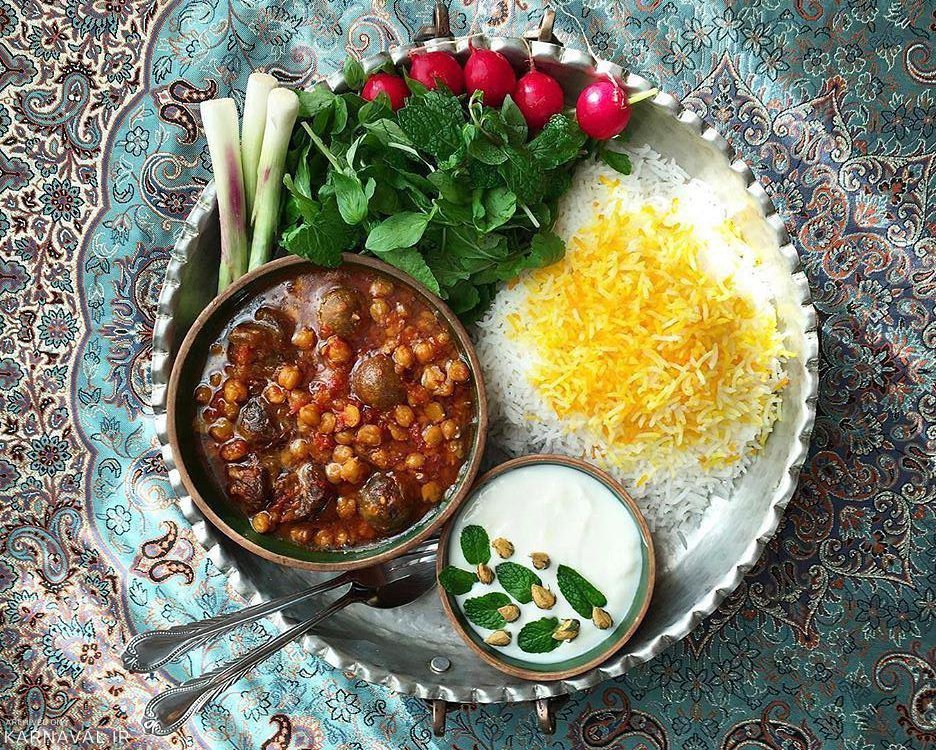 This food is known for its sweet-sour taste. It is not only easy to cook, but also very nutritious as it is made with quince and prunes. The ingredients of this stew include quince, meat, prunes, split peas, saffron, sugar and tomato paste. 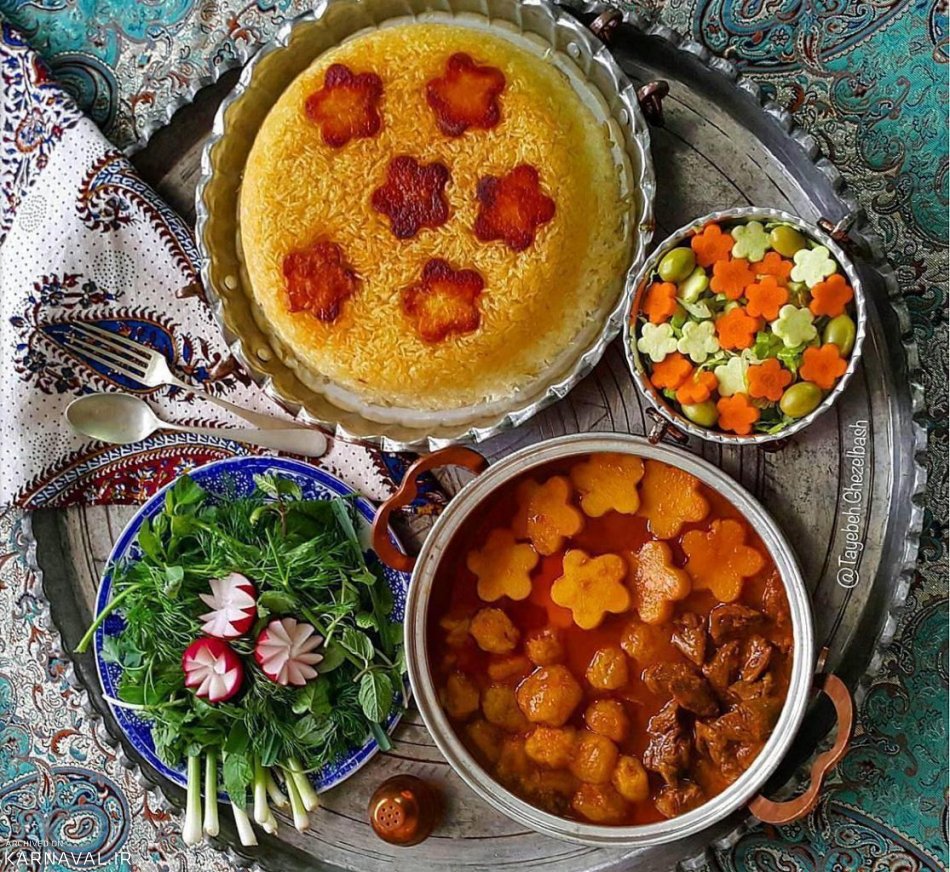 Felleh is the simplest Yazdi food made with the colostrum of sheep or cows in early spring. Locals boil colostrum and drink it after it gets cold when it takes on a pudding-like form. In the distant past, this kind of food used to be put on the Haft-Seen Table, the special table set by peoples celebrating Nowruz as part of customs marking the arrival of the New Year on the solar calendar, which begins in late March.

In kitchens in Yazd, they have replaced yoghurt with curd. Cucumber with curd is a food for hot days in Yazd. First, they wash dried curd, rinse it in water and then grind it to prepare one of the ingredients of this simple food. Then they add several grated cucumbers, crushed walnuts, mint and sultanas. Sometimes this food is served as an appetizer at mealtimes and sometimes it is served as the main course at noon in summer. 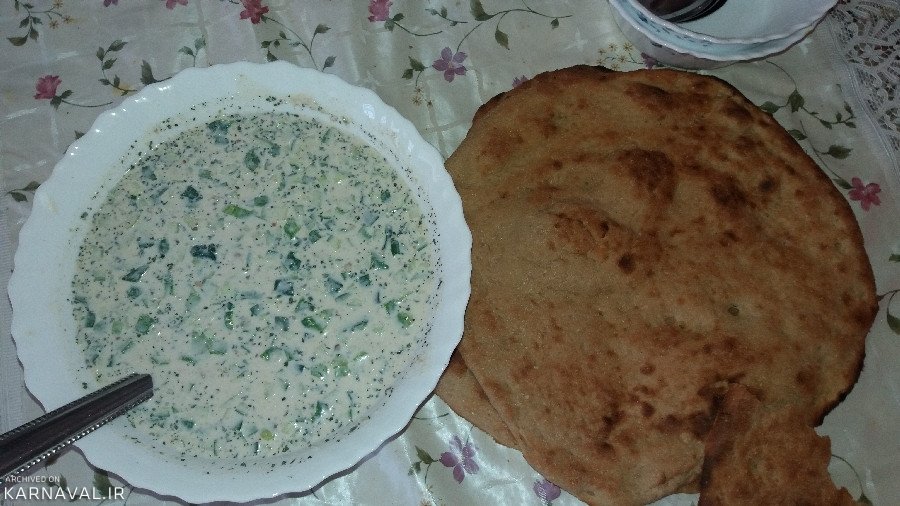 The onion salad is a salad specifically served in hot season in Yazd in order to lower the body temperature. To make this salad, they shred the onions and put it into vinegar before adding a lot of mint.

Different types of broth are cooked in Yazd. The most famous ones are “Shooli” and the pomegranate broth which is made with pomegranate juice. Moreover, the courgette broth, Jogav broth and mung beans are also popular among locals.

Shooli, the Most Popular Broth in Yazd

It completely depends on the season what ingredients are used in this kind of broth and different ingredients are used in winter and summer. Cooked mung beans, spinach, beet root, and sometimes turnips and goldmine zucchinis are used ad ingredients in winter. In summer, they cook this broth with some whole or half-mashed peas and lentils, chopped or half-mashed beet root, and leaves. Pomegranate vinegar or grape vinegar as well as pomegranate paste is sometimes used as seasoning. 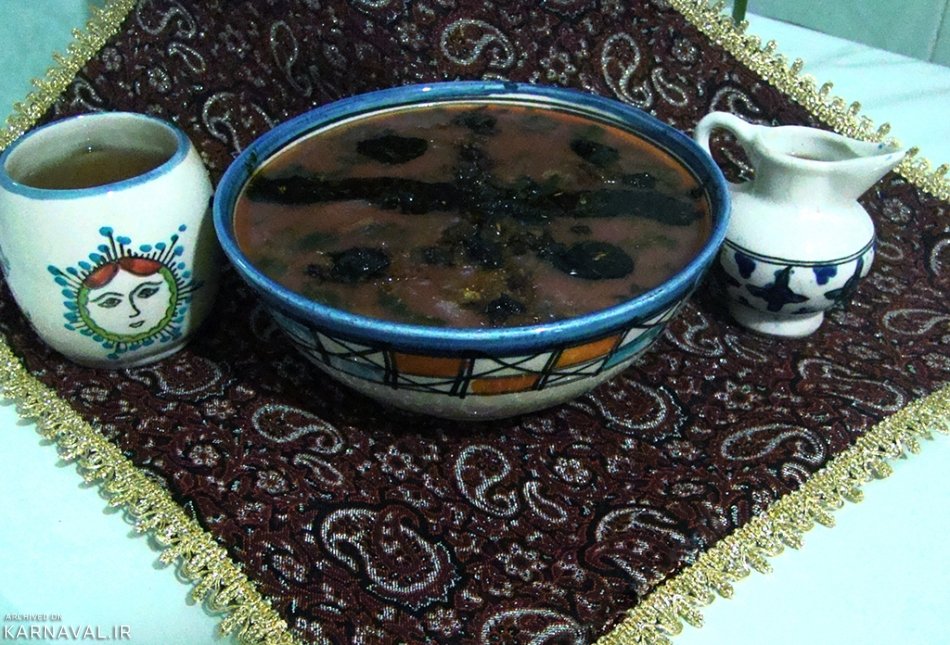 Snacks and Desserts in Yazd

Crushed dried bread, which must be a type of traditional bread of Yazd, is mixed with grated onions and cheese as well as half-crushed walnuts and cumin. Then they add some water to shape the ingredients into a paste-like mixture and form it into ball-shaped pieces to be used. 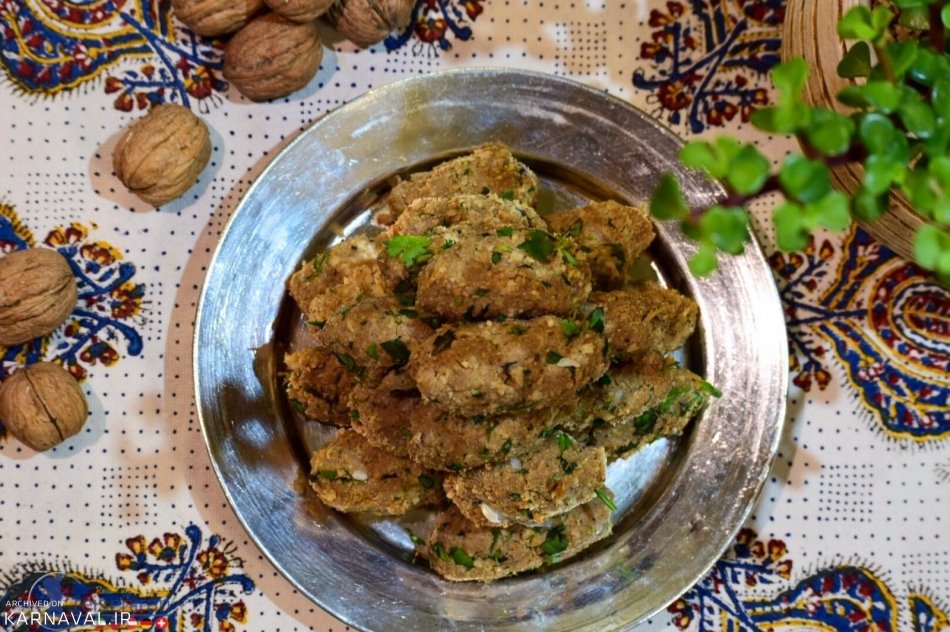 The Soorok bread is a kind of tasty shortbread mostly cooked on Thursdays to be given away as Kheirat (food and other edibles distributed among people for free usually on Thursdays in return for them offering prayers to the souls of the distributor’s loved ones who have passed away.) The ingredients include flour, water, sugar, salt, coriander seeds, safflower, yeast and sesame oil. 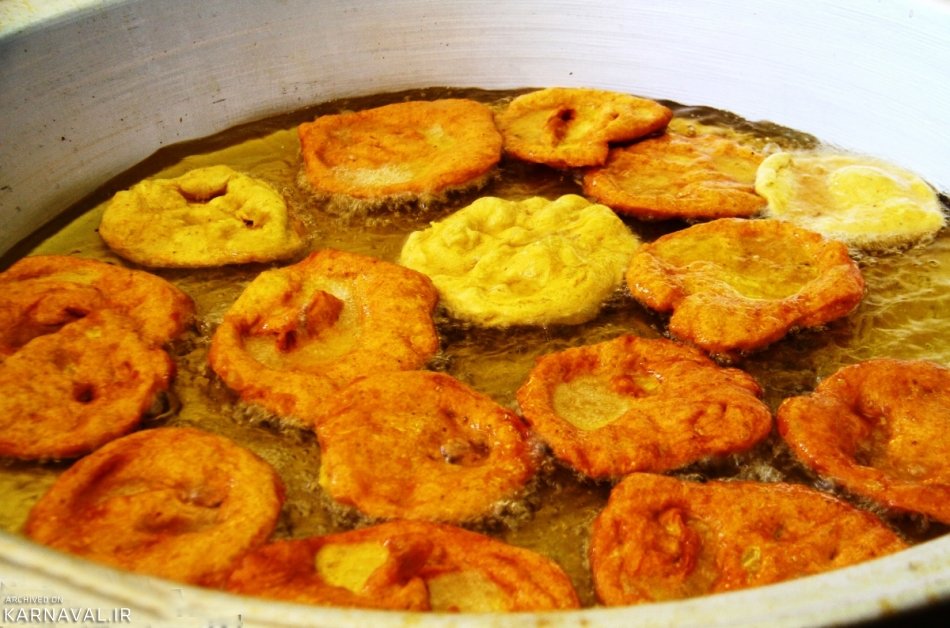 Paloodeh (a sweet beverage containing starch jelly in the form of thin fibres) is one of delicious specialties found in whole Yazd. Paloodeh is made with starch, rosewater, water and sugar as main ingredients. The difference between Yazdi Paloodeh and Shirazi Faloodeh is that the former is rice-shaped and served with fennel flower seeds.

If this dessert is not served in rice-shaped pieces, then it is served as a whole piece in a bowl with almonds, pistachios and a special syrup. 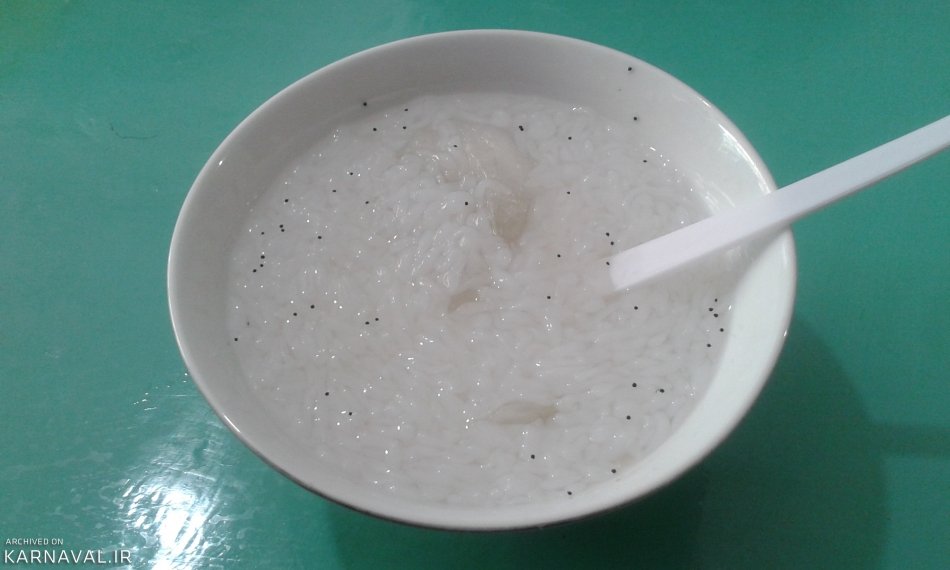 The method of making Yazdi coffee was make on the cultural heritage list of the United Nations Educational, Scientific and Cultural Organization (UNESCO) last year.

To make this coffee, they put Turkish coffee along with water, cardamom, rosewater and Yazdi rock candy onto a tray and heat them for at least 6 hours to get thick coffee. This type of coffee is of special importance in mourning ceremonies. 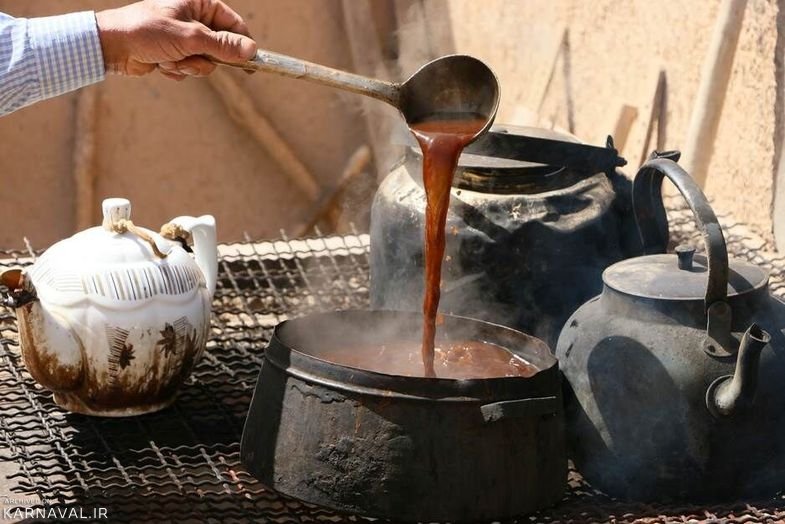