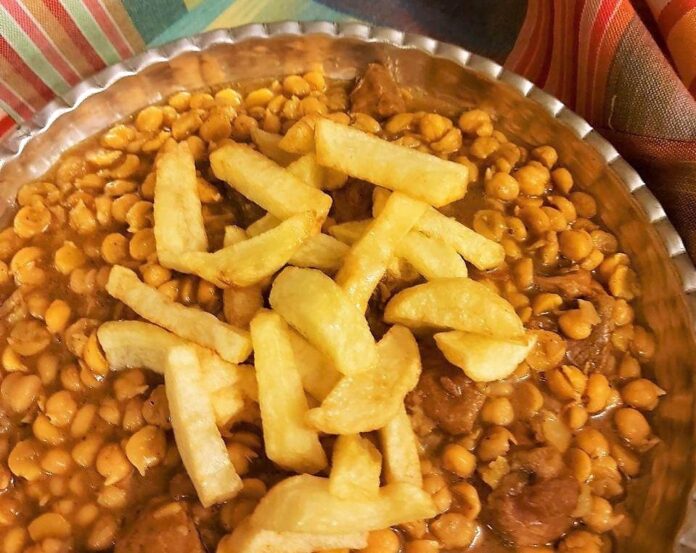 Gheime stew is a very traditional, popular and well-known dish in Iran that is served in various gatherings and parties. While the recipe for the delicious stew differs from city to city, people in the central city of Yazd make it with garbanzos.

But the popular stew is cooked differently in Yazd, known as the oldest adobe city in the world. People of Yazd have replaced split peas with garbanzos in making a yummy version of Gheime. The Gheime of Yazd also excludes dried lime and tomato paste.

The stew in Yazd is categorized as a food for special events and parties. 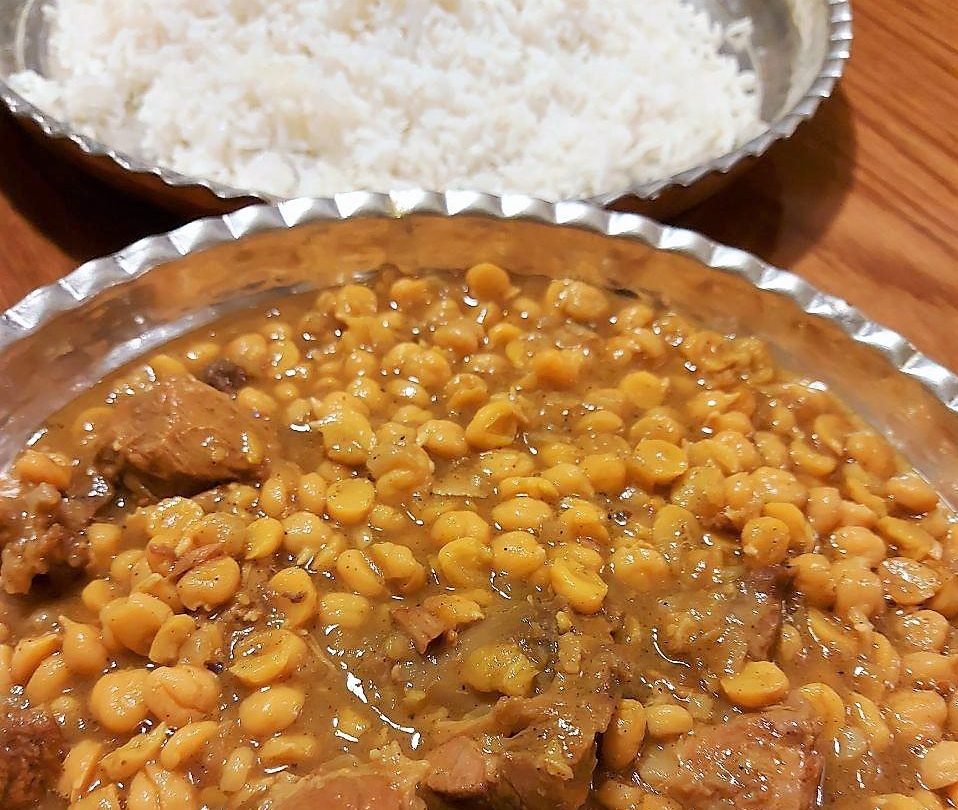 Cooking Gheime of Yazd includes three steps: preparing the garbanzos, cooking the meat, and making the sauce. When the stew is ready, it is served over rice like the other Iranian stews.

Garbanzo is a nutritious but stodgy grain. To make garbanzos easily digestible, they should be soaked in water for at least 20 hours.

In Yazd, people usually husk the garbanzos for making Gheime. To do so, pour some water into a pot and boil the soaked garbanzos in it for a short while. Then pour them in a large colander and push them softly with hand or with a tenderizer with a circular motion until the garbanzos are husked. Thereafter, you may either split the garbanzos in two or use the whole grains to make the stew.

Dice up the meat into 3 to 4-cm cubes, slightly larger than the stew beef in ordinary Gheime. Boil the meat with a whole onion, salt, pepper, and turmeric until it is half-cooked. Then add the garbanzos to the pot containing the meat and let them cook completely. Now take out the whole onion and add the main sauce.

The different taste of Gheime of Yazd emanates from the special sauce containing cinnamon and cardamom.

To make the sauce, first chop the other onion and fry it in hot oil. Add cardamom, turmeric and saffron to the onion and sauté very well.

When the sauce is ready, add it to the cooked meat and garbanzos and let them all cook for 10 minutes to give the stew a taste.

Enjoy your Gheime of Yazd stew with the aroma of cardamom and cinnamon.

You can also dice potatoes, fry it and put it on the stew.