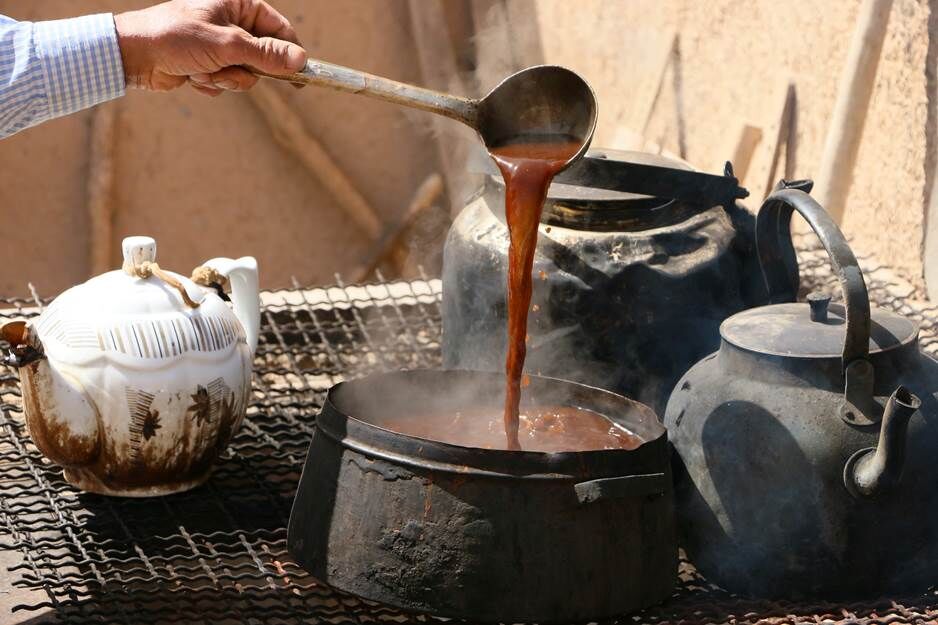 Yazdi Coffee is a traditional type of coffee made in the Iranian city of Yazd. It is a very tasty drink thanks to the long cooking time and the use of cardamom, rosewater and rock candy in its preparation.

The history of making this type of coffee dates back to the Qajar period. The 400-year history of making this coffee – which is a localized version of an old non-Iranian beverage – is a witness to the cultural interactions of Yazdi people who adapted new elements to their own taste and made a new kind of beverage.

Several centuries after is introduction to Iran and Yazd, this drink with the changes made by the people of Yazd during its preparation, has opened its place in the culture, customs and traditions of Yazdis, and has become an integral part of the religious ceremonies of this city.

Yazdi coffee is highly compatible with the interest of people for its raw materials and because it takes long to be brewed. Often used on the third day after the death of the deceased, it has become a longstanding tradition and is part of the culture of Yazdi people now.

Yazdi coffee was recently listed in the intangible heritage of the country. On this occasion, a traditional national coffee festival was held last week at the Grand Mosque of Yazd.