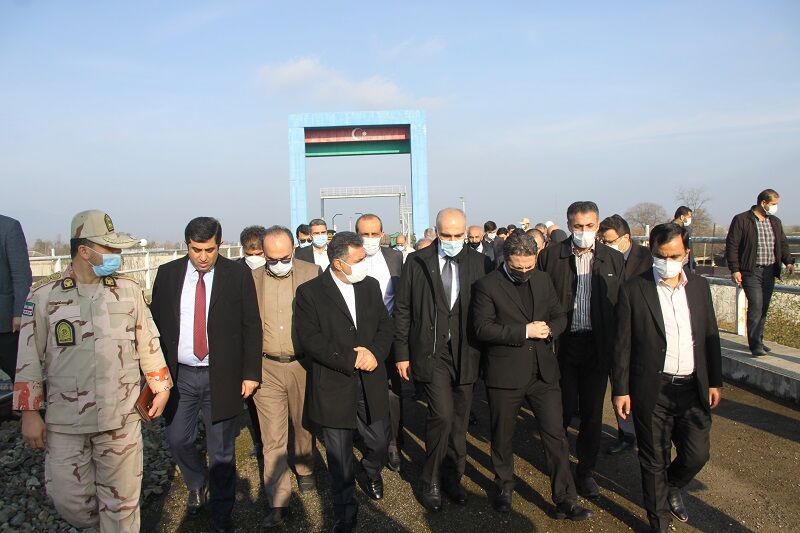 Iran and the Republic of Azerbaijan have reached an agreement to construct a road bridge on the Astarachay River on their border.

“The bridge will be 97 meters long and 32 meters wide and will be built in four lanes, and its credit will be provided jointly by the governments of Iran and the Republic of Azerbaijan,” Deputy Iranian Minister of Road and Urban Development and CEO of Construction and Development of Transportation Infrastructures Co. Kheyrollah Khademi said after a joint meeting of the officials of the two countries in Astara on Tuesday.
The over $40 million construction project will last for 15 months. The planned road bridge will be built along the railway bridge between Iran and the Republic of Azerbaijan.
Deputy Minister of Digital Development and Transport of Azerbaijan Rahman Hummatov said economic and political relations between Iran and the Republic of Azerbaijan have always been based on brotherhood and neighborliness.
He added that the construction of Astara-Astara railway is a clear and successful example of this joint relationship and the two sides are now fully prepared to build a bridge over the Astarachay.