We are striving for a safer world of which Iran should have its full share: French FM 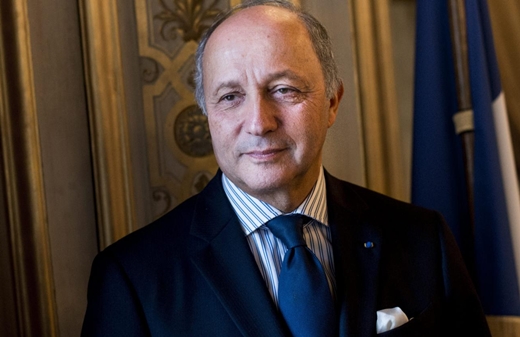 As an influential country, Iran can play a positive role in countering crises and tragedies. The deal we have struck entrusts Iran, as well as us, with certain responsibilities, Fabius said.

French Foreign Minister Laurent Fabius says after years of tough yet constructive negotiations, he is delighted to visit Tehran at the invitation of his Iranian counterpart Mohammad Javad Zarif.

The following is the translation of a piece the French top diplomat published on July 28 in Iran, a Farsi-language newspaper officially representing the government of the Islamic Republic:

The French have always been fascinated by Iran, especially by its ancient culture and its role in the history of science and thought. Iranian students are amazing too. As the face of Iran they shine in French universities. The stage has now been set for an improvement in and upgrade of exchanges between the two countries.

The nuclear deal of July 14 was a pivot. For that pivot to work, each side has signed up commitments which should be implemented according to a timetable. Only in that case will the efforts made by all sides result in building trust.

The two countries’ industrialists have been working with each other for a long time. The French technology and products have a cachet. We know that they can meet the needs of Iranian consumers and entrepreneurs. There is a new prospect for the two countries, and we can make further progress in our economic cooperation.

So the stage is set for resumption and continuation of bilateral dialogue. France, which is a power that favors peace and stability, has always had relations based on respect with Iran, even in cases involving different approaches by the two countries.

With that in mind, I am traveling to Iran where I will build on such mentality to bring up all issues [at meetings] with Iranian officials. We will talk about peace and stability in the Middle East which is gripped by a lot of tension.

As an influential country, Iran can play a positive role in countering crises and tragedies. The deal we have struck entrusts Iran, as well as us, with certain responsibilities.

We want to strive toward a safer world and Iran should have its full share of this world. That is the message I’m taking to Tehran.