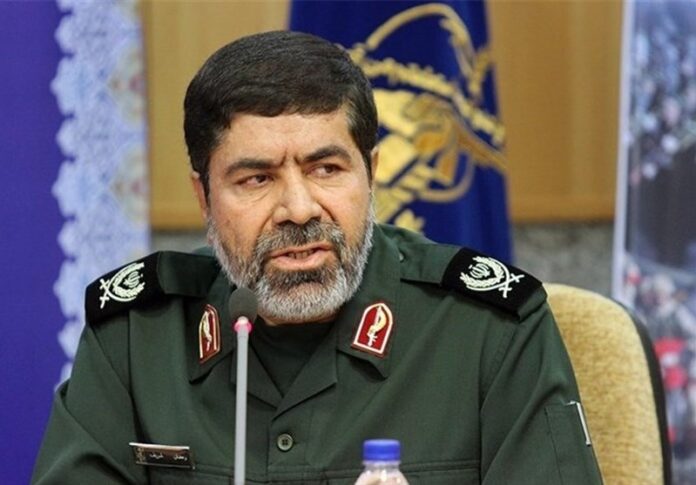 Spokesman for the Islamic Revolution Guards Corps (IRGC) General Ramezan Sharif says that the US military “are finished in the region” after IRGC missile strikes on their base “humiliated them in the eyes of the military people in the world.”

“What was important about the missile attack on the US base in Ayn al-Assad was that it broke the US apparent awe and prestige, as no one had dared to attack their bases for 70 years, but the IRGC’s slap in the US face … brought them to their knees,” General Sharif said on Monday.

He made the remarks in an address to a commemorative ceremony for General Qassem Soleimani at the Centre for International Conferences at Damghan University.

Referring to the US casualties in the aftermath of the missile strike, General Sharif said “they will talk about their casualties and destroyed equipment over their coming presidency election campaigns.

“A total of 13 missiles hit different spots within the US base, though our priority was not to kill the US troops. But the casualties were definitely more than they have announced to date,” he added.

Stressing the necessity for the US to leave Iraq he said “in the country … tens of millions of people took to the streets to … confirm the Iraqi parliament resolution to expel US military from their country.

Americans know this reality, but they brazen it out.”