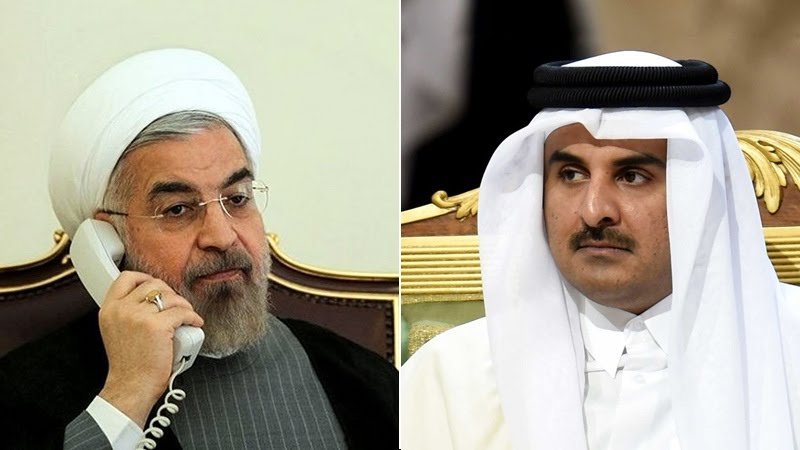 The Iranian president has reiterated that Iran will return to full compliance with the 2015 Iran nuclear deal, officially known as the Joint Comprehensive Plan of Action (JCPOA), only after the United States removes all sanctions.

President Hassan Rouhani made the comment while touching upon recent talks in Vienna on Iran’s nuclear issue and the United States’ willingness to rejoin the JCPOA.

“The only way is for the US to return to the JCPOA and lift all sanctions and fulfill all of its obligations under UN Security Council Resolution 2231,” said the president in a phone conversation with Qatari Emir Sheikh Tamim bin Hamad al-Thani.

“After the US takes these actions, Iran will undoubtedly return to all of its commitments under the JCPOA,” said President Rouhani.

“I hope the Americans have come to realize over the past few years that sanctions and pressure are not the right way.

“The Americans should return to the UN Security Council resolution and the nuclear agreements between the 7 countries, and this is the only solution,” Rouhani said.
Elsewhere in his remarks, President Rouhani said Tehran and Doha have good cooperation on different political and economic fronts.

He then stressed the need to enhance mutual ties and tap into all potential to move forward with economic and trade issues.

President Rouhani praised Qatar’s position on regional issues, and added regional issues and crises, namely the Yemen crisis, should be resolved through dialogue.
He also described the presence of the Israeli regime in the region as “dangerous.”

“The only successful way to ensure security, peace and stability in the region is to settle issues through peaceful means and a sense of responsibility and taking collective interests into account,” the president added.

“We believe militarism cannot solve problems in the region,” he said.
The Qatari Emir, in turn, congratulated President Rouhani on the arrival of the holy month of Ramadan.

He said the two countries should utilize all potentialities to enhance bilateral relations.
The Qatari Emir also welcome the negotiations by members of the JCPOA Joint Commission in Vienna.

He said Doha supports a negotiated settlement of problems and hopes all signatories to the JCPOA will return to their obligations under the deal to pave the way for the revival of the international agreement.

The Qatari Emir once again invited President Rouhani to visit Qatar, and expressed hope officials of both countries meet in person during that trip and discuss issues of mutual interest as well as regional issues.