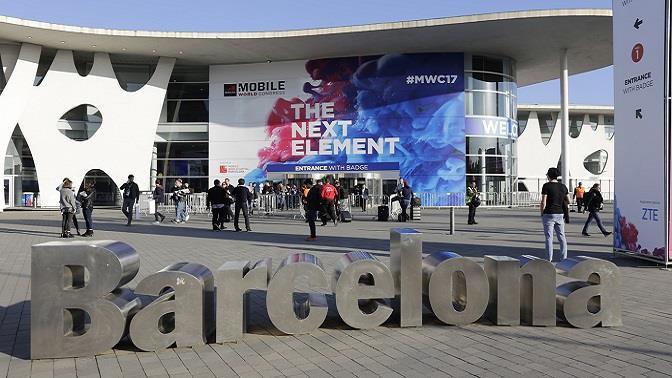 US sanctions have prevented Iranian companies and individuals from attending the biggest international mobile phone event in Spain.

Washington’s sanctions can easily keep Iranian companies from taking part in events related to “communications and information technology.” Reports that interested individuals have been barred from taking part in the exhibition, especially when the venue of the event is not in the United States, but in Spain – an EU member state which claims to be a supporter of the Iran nuclear deal – shows Iranian people, contrary to US President Donald Trump’s rhetoric, are the main target of Washington’s sanctions and have been deprived of being present in all arenas.

Therefore, the Iranian nation, as a cultured people with a rich civilization, has every right to regard as a bluffer the person who makes all this rhetoric. How can Iranian citizens believe the verbal compliments by the ruler of the White House on their culture and civilization? How can they believe his honesty? How can they believe Trump’s words when unfair laws supported by him deprive them of attending an event related to science and technology and of travelling to a third country?

There is uncertainty over the GSMA imposing sanctions on Iran. That could deprive Iranians from attending the biggest mobile phone event, according to a Farsi report by Shargh newspaper.

The GSM Association is a trade body that represents the interests of mobile network operators worldwide. One of the services it offers is to determine the International Mobile Equipment Identity (IMEI). It is a unique number for each mobile phone and is comprised of several parts each of which shows information such as the country which has manufactured the phone as well as the model of the device. The IMEI has numerous uses, namely enabling devices to be identified in mobile networks. Now, there are reports that after the imposition of sanctions by the GSMA, the trade body has banned Iranian visitors from going to the international mobile phone congress in Barcelona.

In other words, Iranians will not be able to attend the 2018 Mobile World Congress (MWC). After users enter the information related to the country, they see a message which indicates Iranian users are banned from visiting the 2018 MWC exhibition. The message reads that because the GSMA is an American company, it should act in accordance with the trade sanctions imposed by the US government. The sanctions keep the GSMA from issuing visas to visitors from Cuba, Iran and Syria.

The MWC held in Barcelona is an exhibition which brings together companies producing mobile gadgets and displays the latest communications technologies. The GSMA is the main organizer of the international event. Every year, telecoms operators and mobile phone producers introduce their latest achievements at the exhibition.

Given the GSMA’s sanctions, it seems that this year, neither Iranian firms nor visitors and IT authorities will be able to attend the event.