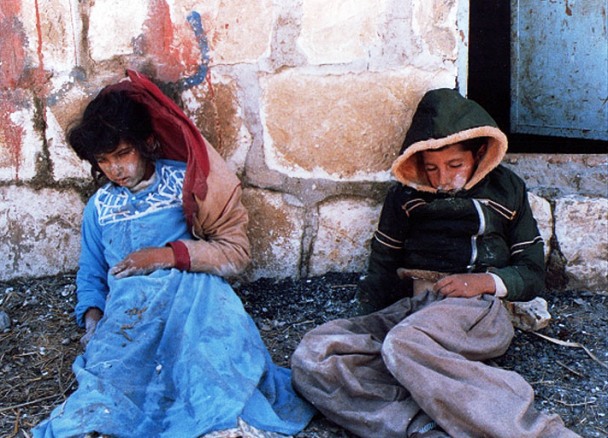 Iran has urged the Organization for the Prohibition of Chemical Weapons to find a solution to help Iranian victims of chemical attacks regain their access to medicine, which has been hampered by the US sanctions.

The call was made by Iranian Foreign Minister Mohammad Javad Zarif in a message on the anniversary of the 1987 chemical attack on the Iranian city of Sardasht.

The message was read out by Foreign Ministry Spokesman Seyyed Abbas Mousavi during a Friday ceremony held on the same occasion.

On Anniversary of Chemical Attack against City of Sardasht

The chemical attacks of Iraq’s Ba’athist regime against the Iranian military and civilians, especially the defenceless people of the city of Sardasht in the course of the war imposed on Iran in the 1980s – which was met with the disgusting silence of the international community including the UN Security Council – will be remembered as a dark stain on the modern history. The chemical bombardment of Sardasht is definitely one of the bitterest memories of the eight-year war in the minds of Iranian people, and June 28, 1987, is a reminiscent of one of the most tragic days in the history of the Sacred Defence. The stigma of the attack will always be with the perpetrators and supporters of the crime.

On the occasion of June 28, which has been named as “Day of Fight against Chemical and Biological Weapons” in the Iranian calendar, I feel duty-bound to commemorate the dear Iranians who were martyred in chemical attacks and offer my deep sympathy to the respected families of the martyrs and survivors of this heartbreaking incident. I ask Almighty God to give health to those injured in chemical attacks, and give divine rewards to them and their patient families.

Given the legal, religious, and ethical rules that ban Weapons of Mass Destruction, the Islamic Republic of Iran underlines its principled policy of condemning the use of chemical weapons, no matter when, where and under what circumstances they are utilized. The Islamic Republic believes the total elimination of chemical weapons stockpiles remaining in the hands of the US – the only possessor of such weapons in the world – and the universality of the Chemical Weapons Convention (CWC) are major steps to achieve a world free of weapons of mass destruction. Therefore, Iran insists on the necessity for the full, balanced, and non-discriminatory implementation of the contents of the Chemical Weapons Convention.

It is a source of regret that the US administration’s addiction to the use of inhumane means of sanctions and economic terrorism has created numerous problems for our country’s victims of chemical attacks in accessing the medicine and medical equipment they need. The US administration’s move runs counter to the principles of international humanitarian law, the spirit of the Chemical Weapons Convention and the US commitments under the Convention, and the principles of international law. We hope that the Organization for the Prohibition of Chemical Weapons (OPCW) will manage to find an immediate solution to remove the abovementioned obstacles to the supply of the medicine and medical equipment needed by Iranian victims of chemical attacks. Interestingly, authorities in the US – as the only possessor of undestroyed chemical weapons stockpiles – raise baseless and deceitful issues in an attempt to hypocritically cover up the country’s non-compliance with its commitments under the Chemical Weapons Convention.

The international community and member states of the Chemical Weapons Convention’s pretense of ignorance and negligence over such policies of the US is as regrettable as their silence towards the barbaric attack of the US-backed Ba’athist dictator against the defenceless people of Sardasht 31 years ago. Moreover, the fact that the criminals behind the chemical attack and their accomplices and sponsors have yet to be punished and held legally and ethically accountable has prepared the grounds for the repetition of similar disasters in the Middle East by extremist groups.

The Foreign Ministry, with full seriousness, will do whatever necessary to pursue the rights of the Iranian victims of chemical weapons through legal and international channels until achieving the desired result. In October 2018, my colleagues at the Iranian Foreign Ministry organized an international course on the medical aspects of assistance and protection against chemical weapons in collaboration with the Technical Secretariat of the Organization for the Prohibition of Chemical Weapons in Tehran. The course, attended by specialists from other countries, displayed the progress and unique experiences of Iranian doctors in treating those wounded by chemical weapons. During the course, the foreign participants were taken on a tour of Tehran’s Baghiyyatollah al-Azam Hospital to get familiar with part of the innocence and pains of the chemically-injured patients receiving treatment at that medical centre. Also in coordination with the Iranian Foundation of Martyrs and Veterans Affairs, non-governmental associations of Iranian victims of chemical attacks managed to participate in the Twenty-Third Session of the Conference of the CWC States Parties as well as the Fourth CWC Review Conference, where they carried the message of the innocence and fortitude of the patient people of Sardasht to the world. The Foreign Ministry also welcomes the dispatch of a delegation of chemically-injured war veterans from Tehran Peace Museum to a ceremony slated for August in Japan on the anniversary of Hiroshima bombing. I hope the people of the world would get familiar with the depth of Sardasht tragedy and the use of chemical bombs against the innocent people of Iran just as they have been made well aware of the Hiroshima disaster and the use of atomic bomb against the people of Japan.

I hope the world will get rid of the inauspicious spectre of weapons of mass destruction and enjoy the virtues and peaceful services of science, and that the dove of peace would replace the ominous owl of war.

Let’s hope we will achieve a world free of weapons of mass destruction and the human kind will be saved by the ultimate peacemaker Imam Mahdi (PBUH).