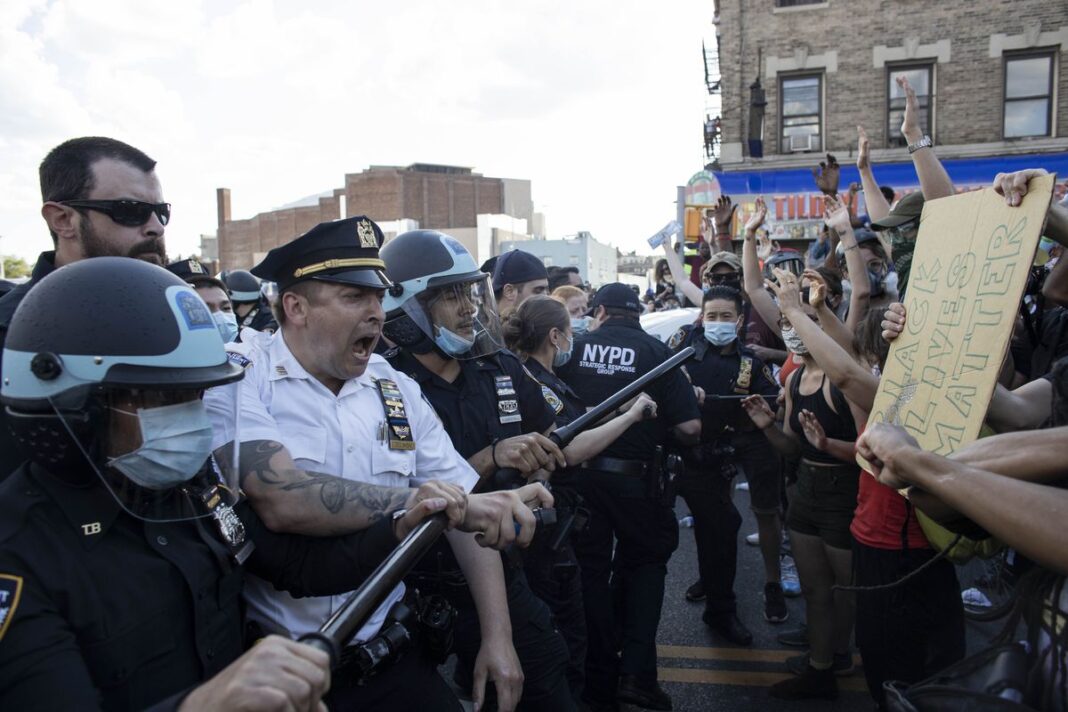 A senior Iranian military official has hit out at the United States for discriminating against the people of colour as well as its police brutality.

Brigadier General Abolfazl Shekarchi touched upon US President Donald Trump’s racist behaviour as well as US police’s inhumane violence against its citizens and black people.

“Unlike its false human rights slogans, the arrogant US government has revealed its ugly and inhumane face more than ever these days by confronting public protests, and has destabilized the pillars of its false democracy by resorting to the most violent methods,” said General Shekarchi, the deputy chief of the General Staff of the Armed Forces.

“The arrogant US Establishment is witnessing widespread unrest and riots across the nation these days while White House officials are contributing to many problems in the region and across the globe by pursuing interventionist policies,” he added.

The top general touched upon false news spread by some Western media where they blamed Iranian border guards for the deaths of a number of Afghan nationals on the Iranian border.

“Such false reports are aimed at harming cordial relations between Iran and Afghanistan,” he noted.
“Iran has hosted more than three million Afghan refugees over the past three decades, and deep-rooted religious and ethnic bonds [between the two nations] have left no doubt that some divisive moves cannot serve as a hurdle to the sustenance of these bonds,” he added.

Elsewhere in his remarks, General Shekarchi referred to the US Treasury Department’s farcical move to put on its sanctions list the name of several Iranian officials and military commanders, including the interior minister and the police chief.

“Such troublesome moves which are made out of desperation will not be able to harm, even slightly, the willpower of people and officials of the Islamic Establishment when it comes to countering the hegemonic and domineering temperament of the US,” he said.

“The hollow grandeur of the United States is falling apart, and the sound of its bones breaking is heard more clearly than ever,” he noted.

General Shekarchi said the widespread unrest across the US and the divergence of Washington’s traditional allies are a testament to the truthfulness of his remarks.