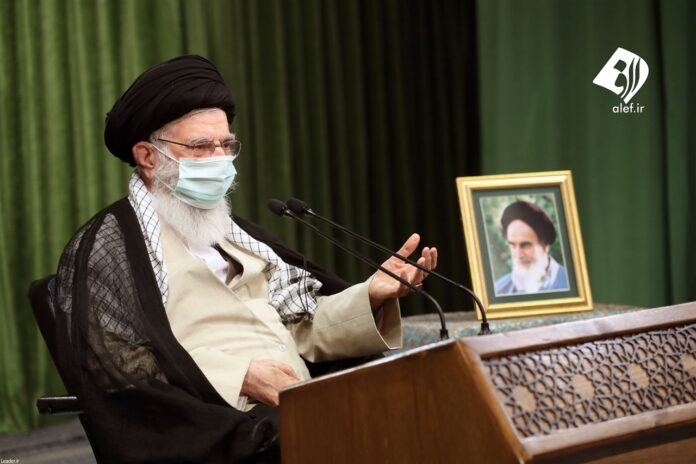 Iran’s Islamic Revolution Leader has denounced the United States as the most evil and hideous of all enemies.

Ayatollah Seyyed Ali Khamenei urged officials to maintain their unity and solidarity, and stand up to the vast enemy front with one voice.

“The enemy’s front is mobilizing all its political, economic and propaganda power today to bring the strong Iranian nation to its knees,” said Ayatollah Seyyed Ali Khamenei.

“Under such circumstances, and despite difference of opinion inside the country, we should join hands against the nonsense-talking enemy in unison,” he added in a videoconference with members of the new Parliament.

Elsewhere in his remarks, Ayatollah Khamenei likened to an “illness” the numerous economic problems that Iran is facing.

“Due to its strong stamina and defence power, the country undoubtedly has what it takes to tackle this illness,” he said.

“By the enemies’ own admission, they have been unable to achieve their anti-Iran objectives despite the most severe sanctions and pressure imposed on Iran,” he noted.
The Leader also expressed regret over a surge in the coronavirus outbreak in the country, urging all to abide by health protocols, especially wearing masks.

He also called on authorities to reach out to the needy amid the virus pandemic.
Ayatollah Khamenei then expressed his gratitude to all medical personnel, who are contributing heavily to the campaign against the disease.