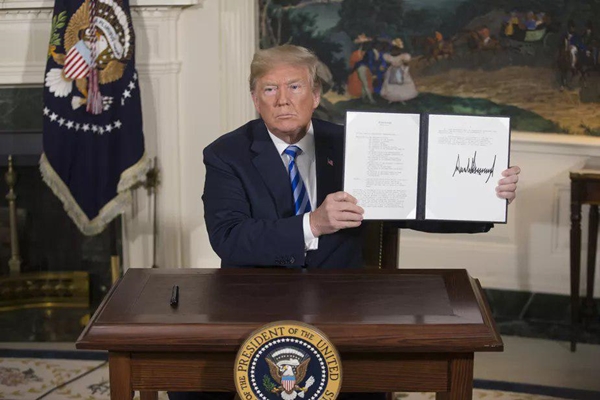 An Iranian political analyst says Washington is likely to return to the 2015 Iran nuclear deal following the 2020 presidential elections, as Democrats seem inclined to do so and hold a big chance of winning the next contest.

Ali Bigdeli, a university professor, made the statement in an interview with Entekhab news website on Thursday, pointing to a resolution passed by the Democratic National Committee calling on the US to return to the Iran nuclear deal.

The resolution has been interpreted as a sign the party’s 2020 presidential runners will campaign on returning the US to the nuclear deal.

Bigdeli said the committee would further damage Trump’s popularity among the American people, solidifying the party’s position that the US withdrawal from the accord has been a wrong decision.

Asked whether the party will fulfill the pledge in case its candidate become the next US president, Bigdeli said it would be a personal decision.

“The US return to JCPOA depends on the person who becomes the president,” he said.

The expert said Europeans also hope that Trump will win the next presidential race, and that’s why they are openly opposing some of Trump policies.

Bigdeli said Democrats have a big chance of winning the race, as a big segment of the US society is highly concerned about consequences of Trump’s policies and the rise of far right currents.

Bigdeli said the American people and politicians have many reasons for opposing Trump’s extended presidency, as his approach towards the international community has hit the country’s prestige across the globe.

“Democrats believe that Trump does not deserve to be the president. Many members of the Republican party are also unsatisfied with Trump’s behaviour.”

The expert said he predicts Democrats will have a big chance to win the next race.

“Americans, particularly the middle-class and the lower middle-class parts and people of colour will definitely vote for the Democrats’ candidate, so I believe Democrats have a very high chance of winning the next elections,” he said.

Moreover, he said, Democrats are controlling the US House of Representatives, and this could help them a lot in their bid to win the next election.