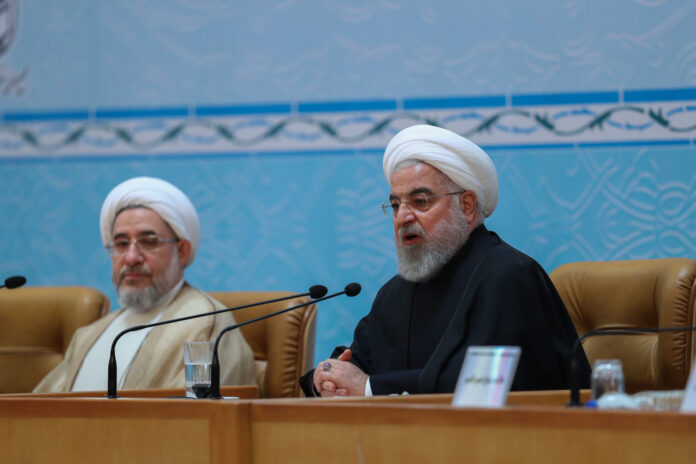 The Iranian president has warned against the US and Israeli policies to relegate the issue of Palestine to oblivion.

At the opening of the 32nd International Islamic Unity Conference on Thursday, Hassan Rouhani said that Palestine as well as the holy Quds are the most pressing issue of the Muslim world.

“All efforts have been aimed at making us forget what crimes the West led by the US has committed against the world of Islam over the past years,” said the president at the opening ceremony of the 32nd International Islamic Unity Conference in Tehran.

“Every effort has been made to make us forget that the holy land of Palestine has been seized by a group of occupiers and that there are millions of Palestinian refugees in the world,” he added.

“All attempts are aimed at reducing the importance of the issue that Palestinian people should return to their homeland. The enemies have secured some success in this regard, but fortunately failed to achieve their wicked objectives,” he said.

“Although the enemies have, in recent years, sought to sideline the issue of Palestine as the top-priority issue of the Muslim world and consign it to oblivion, the world public opinion as well as religious scholars and elite haven’t allowed them and won’t allow them to do so,” he noted.

He said the United States and the Israeli regime have failed in their schemes because of the awakening and vigilance of the Muslim world.

President Rouhani underlined that Washington and Tel Aviv have been the source of all wars, killings and differences in the region over the past three decades.

“The younger generation should come to realize that the US has not been and will not be a friend of regional nations and Muslims, and that regional issues should be settled by its own people,” he underscored.

The president noted that Washington aims to loot Muslims’ resources and the region’s oil.

He underlined that no one has any doubt that hegemonic powers, especially the US, have left behind no good and positive trace.

President Rouhani challenged those who believe Washington can offer solutions to bring just one example as proof.

“We should not forget Iran is the only country to have turned the Israeli base and centre into the Palestinian embassy,” he said.