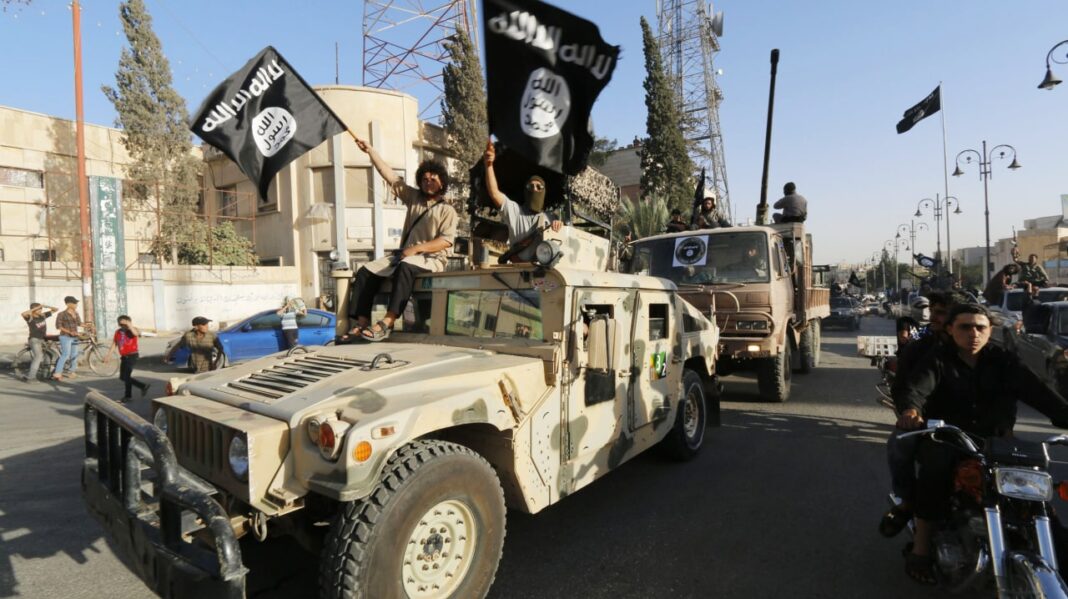 A Middle East Expert says the US military attacked Popular Mobilization Units (PMU) troops on Iraq-Syria border to create a “safe corridor” for ISIS terrorists to return to Iraq from Syria.

By attacking Popular Mobilization Units (PMU) on the Iraqi-Syrian border, US President Joe Biden showed that his military decisions are not a far cry from those of his predecessor Donald Trump. The United States’ first military actions under Biden’s leadership was to attack PMU headquarters in Syria. This unusual move came at a time when the Democratic government of the United States has been seeking to define its foreign policy separately from that of Trump. Nevertheless, in an impetuous move, the US president took the same type of actions that his predecessor favoured. The raids were conducted on the Syrian border at a time when the PMU is regarded as part of Iraq’s military, and taking military action against it is considered both a violation of Syria’s territorial integrity and an attack on Iraq’s official military troops.

Following the military assault, the US secretary of state claimed Washington had already coordinated the attack with Baghdad. However, it turned out that his claim was not true. Russia condemned the attack, too, and the UK foreign secretary welcomed that position. Biden himself claimed that the attack on Syria had been designed as a warning to Iran.

Speaking to Khabar Online, Middle East expert Hassan Hanizadeh has weighed in on these developments.

Why did Biden, all of a sudden, decide to do the same thing that Trump would do?

The United States recent attack on PMU forces of the resistance front on the Syria-Iraq common border can be analysed within the framework of Joe Biden’s scheme to disintegrate Iraq. In 2005 when Biden was the head of the Foreign Policy Committee of the US Senate, he presented a plan to then President George W. Bush a plan that would envisage the disintegration of Iraq into three parts: a Shia-populated, Sunni-populated and Kurdish-populated area. However, that plan was not implemented. Now after having won the presidential election, Biden is once again trying to implement that plan.

The recent moves include incessant bombardments of PMU troops in Syria and Iraq, the remobilization of Iraqi Ba’ath Party forces and the relocation of ISIS terrorists from Syria to Iraq are part of efforts to create insecurity in Iraq and disintegrate the country. PMU forces in the area prevented the relocation of ISIS terrorists from Syria and Iraq. So, US troops attacked the area to create a secure military corridor for ISIS operatives to return to areas in northern and western Iraq.

You’re the whole thing has more to do with the scheme on Iraq than Syria?

Yes. Saudi-linked media outlets recently had interviews with top leaders of the Iraqi Ba’ath Party in bid to portray these isolated Ba’ath elements as popular figures. It is said that, in recent days, several individuals from the Ba’ath Party in Mosul and Saladin have been transferred to western Iraq in order to take power.

What repercussions does this saga have for Syria, which itself is at war?

Syria is at war, but PMU troops are the ones mostly stationed on the common border between Syria and Iraq and are present in a location through which ISIS terrorists are usually relocated from Syria to Iraq, so that they will prevent this relocation. The US attack was conducted in order to create insecurity in the region and set the stage for the transfer of ISIS operatives to Iraq. You know, ISIS terrorists are stationed to the east of the Euphrates, and that is why it seems the US attacks were aimed at creating a diversion and deflect the attention of PMU troops.

Syria has, time and again, been struck by Israeli and US warplanes, and Syria’s territorial integrity and sovereignty have been violated several times. The same goes for Iraq where US troops are present. The solution is that American forces, as occupiers, should leave Iraq and the Iraqi Parliament’s legislation on the withdrawal of US troops from the country should be implemented.

That is why now Joe Biden and his team are trying to create insecurity in Iraq in order to revive the ISIS terrorist group. Furthermore, Biden is seeking to rebuild fugitive Ba’ath Party forces with the help of Saudi Arabia, the United Arab Emirates and Jordan.

In his latest interview, Joe Biden also mentioned Iran and said he had attacked Syria to give warning to Iran. Does that mean that Washington is seeking rivalry and confrontation with Iran on Syrian soil?

As Iran has to and has undertaken to maintain security in Iraq and Syria, it seeks to promote security and establish stability in both countries. But the United States’ deployment of its military troops from thousands of miles away amounts to a violation of the sovereignty of the two countries. Iran has a common border with Iraq, so it needs to ensure Iraq’s security. This comes as American forces are mainly to blame for insecurity in the Middle East and are now trying to use ISIS as a tool against Iran in Iran and Syria, which is a violation of sovereignty and security in the region.

Biden’s saying the attacks came as a warning to Iran is similar to what happened during Trump’s tenure. However, the attacks are conducted on Syrian soil most probably in order to disrupt the situation in the region.