‘US Asks Iran to Let It Conduct Limited, Face-Saving Operation’ 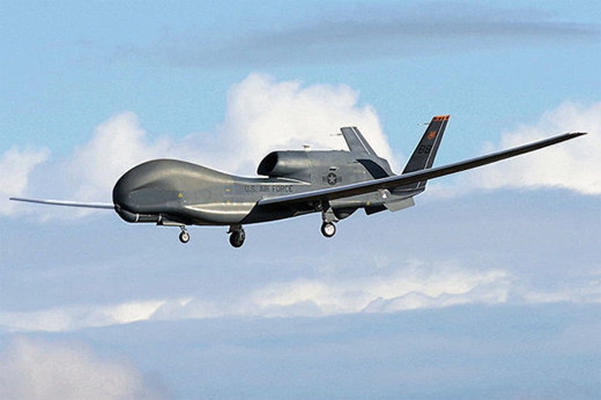 A senior Iranian general has revealed that Washington, through diplomatic channels, recently asked Tehran to allow it to conduct a small-scale operation in the Iranian airspace in order to save its face following the IRGC’s shoot-down of a US spy drone.

Brigadier General Gholam Reza Jalali, the Head of Iran’s Civil Defence Organization, said Iran vehemently rejected the US request, saying that it will respond to any act of aggression.

“The Islamic Republic of Iran responded that it views any operation as a war and will give a crushing response to it. You may initiate a war but this is Iran which will finish it,” he said Sunday.

The official underlined that the US image as a super power was tarnished by the downing of its spy drone in Iranian airspace.

On June 20, Iran’s Islamic Revolution Guards Corps (IRGC) shot down an advanced US-made RQ-4 Global Hawk that had intruded into Iranian airspace. In a tweet early the next day, US President Donald Trump said he had initially approved military strikes against Iran but had called them off just 10 minutes before they were launched.

On June 21, Reuters claimed that two unnamed “Iranian officials” had told the news agency that Trump had notified Tehran via Oman of imminent attacks after the downing of the drone.

“In his message, Trump said he was against any war with Iran and wanted to talk to Tehran about various issues…,” it cited one of the officials as saying. “However, we told the Omani official that any attack against Iran will have regional and international consequences.”

Elsewhere in his remarks, General Jalali said last year, the US strategy was focused on using cyberspace to create chaos in Iran but the strategy was foiled by Iranian officials’ vigilance.

“That’s why in this current Persian year, they have resorted to military options. They have come to this conclusion that through military options they can make divisions within the Iranian society. But with the downing of the American drone, the plot was foiled and the Iranians came to understand the hollowness of the US military power,” he noted.

The US sent over 60 diplomatic delegations to Iran as mediators to hold talks with Iran but the leader of the Islamic Revolution rejected the US calls for talks and Iran began to scale back its commitments under the JCPOA.