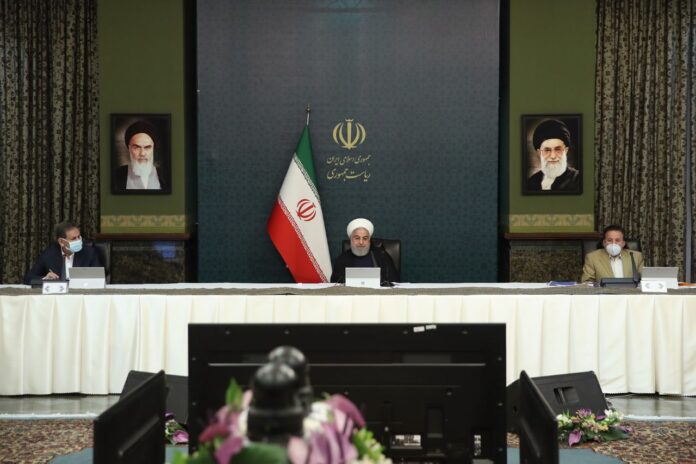 Iran’s President Hassan Rouhani says the UN Security Council is currently discussing a resolution that would lift all sanctions amid the coronavirus outbreak.

Speaking at a cabinet session Wednesday, Rouhani said the Security Council is working on the resolution at the moment.

The president said the Islamic Republic’s foreign ministry has launched a movement to have the US sanctions lifted amid the coronavirus pandemic.

“Attempts are being made to release our frozen funds in various countries, and good steps are being taken in this regard,” he said.

Earlier in the day, the governor of Iran’s Central Bank Abdolnasser Hemmati said that some of the country’s frozen funds in the United States will gradually be released to improve people’s lives amid the COVID-19 outbreak.

During the Wednesday cabinet session, President Rouhani also touched upon the measures taken to fight COVID-19 saying that people are in relatively good situation and their urgent needs are being procured adding that there is no shortage of beds, doctors and nurses.

He underlined that making some decision to fight the deadly disease has been very tough but these decisions are just to protect people’s lives.

“In recent days, we have had to shut down business in a large part of the country and close down businesses unless the places that provide people’s essentials, such as grocery stores or pharmacies. That’s because people’s health is important to us.”

“The majority of the approximately 2.5 million civil servants are not going to work except for a minority. We told many government departments that just one-third of employees must be at work in rotatory shifts, and the rest must stay home,” he said.

He went on to say this is because the government has to supply water, electricity, energy and food, for the people. All the factories that now produce the necessary feedstuffs or detergents should be able to continue operating to meet the needs of the people.

Rouhani also appreciated the efforts of those working at the transportation sector, especially the drivers, and the airports and the railways staff.

He said the government instantly provides the foreign exchange to buy the medical needs that must be procured from overseas.

“Although we have problems, our planes leave and import medical supplies or equipment.”

Elsewhere in his remarks, Rouhani pointed out that some countries donated masks, drugs, and some medical equipment.

“We should not refuse to accept help from countries although we may not need much help in that field. However, our plan is to offer help to every country that wants assistance. We also accept the assistance of every country,” stressed Rouhani.

He said the Ministry of Health had put forward a plan called social distancing saying that in some places we had to take more stringent measures.

“We discussed it at yesterday’s meeting because it required a little more study. The matter was delegated to the Social Security Committee, which is chaired by the Interior Minister,” reiterated Rouhani.

In terms of helping businesses, Rouhani said the government has announced to the people what it is able to do so far.

“We provided a special 4-month subsistence package for 3 million people and special loans and facilities are considered for 4 million others. For the tax issue, checks, workers’ insurance we have given deferments to employers,” he concluded.

In the end, President Rouhani expressed hope that with more collaboration and by God’s grace the nation could pass through these tough times.