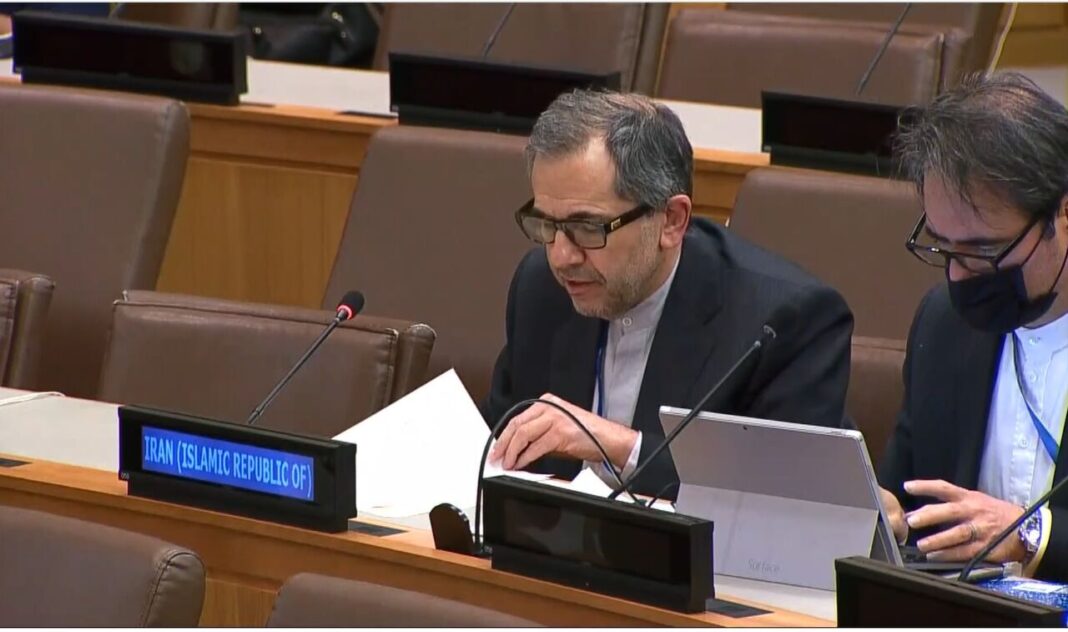 Ambassador and Permanent Representative of Iran to the United Nations has rejected using force in cyberspace. Majid Takht Ravanchi said Iran has been a victim of cyber-attacks by the United States and Israel.

Takht Ravanchi made the remarks addressing the First Substantive Session of the Open-ended Working Group on Security of and in the Use of information and telecommunications technologies.

The full text of the Iranian envoy’s statement is as follows:

I congratulate you on your assumption of leadership of our Group and extend my gratitude to the Secretariat for its support in organizing this meeting. I avail myself with the NAM statement made by Indonesia.

We are happy to witness the realization of a request to end parallelism and to lead the ICT process through the OEWG, the UN’s first-ever inclusive, transparent and multilateral intergovernmental process.

Iran has been the victim of a number of cyber-attacks, including the 2010 Stuxnet malware attacks against its critical infrastructure by the US and Israel. Since 2010, these illegal acts have intensified and still continue. We believe that this Group is in the best position to address this irresponsible behavior and build upon the desire to end such reckless activities.

Among other factors, the Group’s success is contingent on consistently adhering to its mandate.

We remain committed to our stances on major concerns, which have been articulated repeatedly during the previous OEWG. Given the ongoing discussions and developments, Iran underlines the following  essential points: respecting the sovereignty of states; non-inference in the internal affairs of the states using ICTs; accountability of platforms and transnational corporations; avoiding action-oriented recommendations without due attention to the said principles; the need for codifying and implementing a legally binding instrument and developing the current international law as well as further norms of responsible state behavior; the non-compulsory designation of repositories; applying ethics and justice to the ICTs; responsible behavior of non-state actors, including digital platforms; ensuring and facilitating the cooperation of the relevant digital platforms and transnational corporations with the states; application of ICTs exclusively for peaceful purposes and rejecting justification of threat or use of force using ICTs; and last but not least, equal status of all national initiatives within the OEWG.

Therefore, to fill numerous legal vacuums in this field, we need a legally binding instrument in which the rights and responsibilities of all stakeholders can be defined in a balanced manner.  In this way, relying on customary international law and limiting the discussions on the implementation of the 11 norms should not overshadow the need for legally binding obligations. Reiterating the mandate given to the previous OEWG as contained in resolution 75/240, we underline the need for further discussions and development of the issues of concern. This includes the consideration of any relevant outcome of the GGE, by members and non-members of the GGE alike.

Reminding of our previous proposals to establish subgroups as envisaged by resolution 75/240, we suggest to commence the discussions on this proposal in the legal subgroup within the OEWG. This, in turn, will contribute to CBMs.

In the context of the said resolution, it is necessary to adopt further new rules, norms and principles on the responsible behavior of non-state actors, including digital platforms.

Given the number of unresolved issues and ambiguities around the developments in ICTs in the context of international security, any recommendation on such

n-oriented outcome is completely premature, and the implementation phase should start only when those issues are resolved. A practical method to address this issue is to start negotiating the outstanding issues reflected in the final report of the previous OEWG and the annex thereof. Our proposal regarding the next rounds of substantive sessions on a rolling text basis of the negotiations remains on the table. It needs to be emphasized that all the national initiatives and proposals should be treated equally.

Finally, it is unfortunate to note that the Host Country has once again failed to issue a visa in a timely manner for the only member of my delegation from the Capital. This is unacceptable. We urge the UN family and the Secretariat to use all available means to call upon the Host Country implement the Headquarters Agreement in good faith.