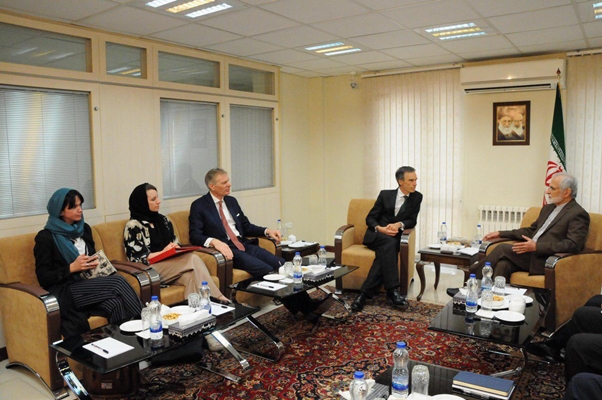 Kamal Kharrazi, the head of Iran's Strategic Council on Foreign Relations, says the "hasty decisions" taken by the UK do not serve the goal of "de-escalation" it claims is pursuing.

Kharrazi made the remarks in a Sunday meeting with the UK’s Foreign Office Minister Andrew Murrison, who is in Tehran to discuss “urgent de-escalation” of regional tensions during “constructive” and “transparent” talks with top Iranian officials.

By hasty decisions, Kharrazi was referring to the UK Foreign Secretary’s claim that Iran had been behind the recent tanker attacks in the Sea of Oman.

He also pointed to the 60-day deadline Tehran has given the European countries to fulfill their commitments under the Iran nuclear deal, warning that Iran will take “further measures” if Europe fails to take any step.

“They should know that it is very serious,” he warned.

During the talks, the two sides also conferred on bilateral relations between Tehran and London, the Iran nuclear deal, and the latest regional developments.

The trip was announced after Donald Trump said the US was “cocked and loaded” to retaliate against Iran for downing an American drone, but canceled the attack 10 minutes before they were to be carried out on Thursday after being told 150 people could die.

President Trump withdrew from a nuclear deal with Iran in 2015 to what he claims restricting Iran’s nuclear activities.