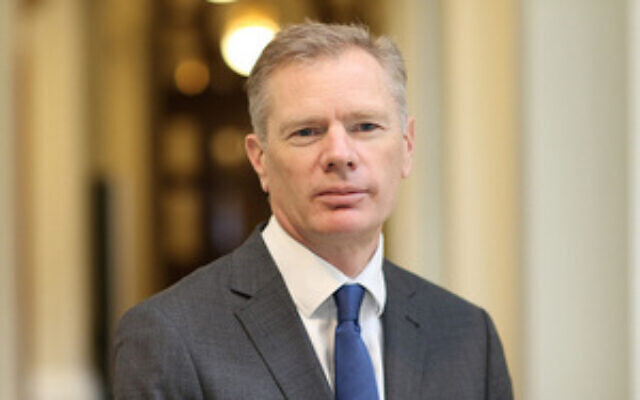 British Ambassador to Tehran Rob Macaire has reportedly left Iran after harsh criticisms of his controversial attendance in an “illegal” protest rally in Tehran.

Iranian media reported on Wednesday that Macaire has left the country with prior notification. However, the UK Foreign Office later said the ambassador will return to Iran after consultations in London.

Earlier, Prosecutor General Mohammad Jafar Montazeri had urged the Iranian government to expel the British Ambassador “as soon as possible,” describing the envoy as “a law-breaking person.”

Montazeri said in a speech on Tuesday that “the disgraceful presence shows that such illegal events and rallies are organized by foreign elements, whether they are American or British.”

The remarks were part of the criticisms that came after Macaire attended a gathering on Sunday, which was initially aimed at commemorating those killed in the Ukrainian plane crash, but then turned into a protest rally. The UK ambassador claims he left the gathering once the people started chanting slogans, but a video released by the Iranian police proves him wrong.

The ambassador was briefly arrested for attending the illegal rallies, but was released 15 minutes later, after the Foreign Ministry recognized his identity.

“The presence of an ambassador in an illegal gathering of a bunch of norm-breakers is by no means acceptable to us and the action is prosecutable… In our view it is also internationally prosecutable that an ambassador attends an illegal rally without permission and then comes up with the excuse that he had intended to express sympathy with those killed in the plane crash. This is an unacceptable lie,” said the Prosecutor-General.