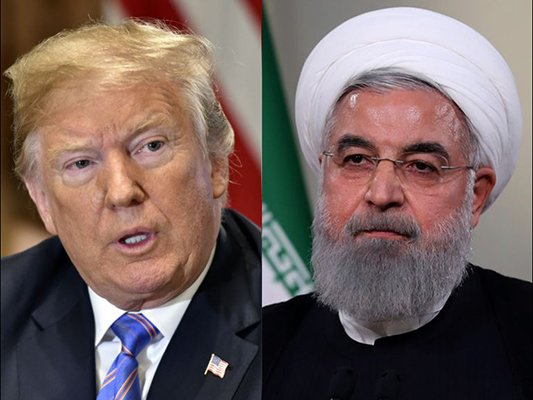 Iranian President Hassan Rouhani says his American counterpart’s offer of holding direct talks with the Islamic Republic is not an honest or genuine one as the administration of Donald Trump has officially reneged on all its international commitments and insulted the Iranians.

“Trump’s offer of direct talks with Iran is not honest or genuine. How can we be convinced of his sincerity while his secretary of state has gone so far as to set a long list of openly insulting pre-conditions for talks?” Rouhani said in an opinion piece published by the Washington Post on Friday.

“Worse still, how can we trust the US government now that it has officially reneged on its international commitments, most notably UN Security Council resolution 2231? How can Iran, and others, trust the United States while it is threatening to punish other countries for the implementation of the same UN resolution it sponsored and voted for?” he added.

What follows is the full text of the piece:

Iran is keeping its nuclear commitments — despite Trump

I faced two options on May 8, when President Trump announced the United States’ official withdrawal from the nuclear agreement with Iran, officially known as the Joint Comprehensive Plan of Action (JCPOA). I could have reciprocated and announced Iran’s withdrawal, which was certain to throw the region into further insecurity and instability. Or I could have considered a short grace period for the remaining parties to compensate for the adverse effects of the United States’ decision on the valuable accord that had been achieved after 12 years of tough, intensive negotiations. In keeping with our tradition of respect for the rule of law and norms of international law, and to safeguard peace and security in the region, I opted for the latter.

The United States expected a hasty Iranian withdrawal so that it could easily forge an international alliance against Iran and automatically revive previous sanctions. Our action, instead, thwarted such a move. The talks with the remaining JCPOA participants, and their reiteration of compliance with the accord, placed the United States in a lonely position.

Such a serious chasm between the United States and its European partners on a critical foreign policy matter was unique and unprecedented — which, I can say, proved that we were right in our approach to the nuclear deal and our proactive diplomacy.

Current US foreign policy toward Iran is out of step with the realities on the ground — in Iran, in the region and around the world. I would argue that it is not even in line with US national interests. Fed by disinformation and fake analysis from terrorist groups and Israel, the US administration is under the illusion that resorting to sanctions will lead to concessions from Iran. Iranians, though, are known to close ranks and put up stiff resistance in the face of external pressure. The United States, through its pervasive sanctions regime, failed to force Iranians to yield during the pre-JCPOA period. It was the United States that changed tack and opted for negotiations.

In our current talks with the remaining JCPOA participants, we have emphasized that safeguarding the long-term interests of the Iranian people is paramount to us. If these interests can still be secured despite the United States’ exit from the accord, we will remain in the deal; otherwise, we will pursue a different course of action. Our logic is simple and straightforward: Either all parties to the deal will benefit, or none will. Silence in the face of open US bullying of other countries to cut economic and trade relations with Iran, in blatant contravention of the established rules of international law, is simply not acceptable, and not an option for us.

Trump’s offer of direct talks with Iran is not honest or genuine. How can we be convinced of his sincerity while his secretary of state has gone so far as to set a long list of openly insulting pre-conditions for talks? Worse still, how can we trust the US government now that it has officially reneged on its international commitments, most notably UN Security Council resolution 2231? How can Iran, and others, trust the United States while it is threatening to punish other countries for the implementation of the same UN resolution it sponsored and voted for? The United States’ resorting to sanctions against Iran and the Iranian people — including, in particular, making it harder for ordinary people to have access to medicine, or denying them safe travel on new airplanes purchased by Iranian carriers — is totally unjustified and unacceptable. Bent on hatred and seeking revenge, the US government’s pretensions of support for the Iranian people are hollow, hypocritical and unconvincing.

I am confident that the US government will have to change course once again. Regardless, our talks with our trading partners are well underway, promising a bright future for our international interactions. It has now become crystal clear that most countries in the world oppose US unilateralism and abhor being bullied. Even if in the short term we face difficulties in our economic relations, we, along with our partners, will try to resolve those problems, and these days will pass.

We are committed to talks and dialogue — that’s why we entered the negotiations on the nuclear issue in the first place, and ultimately arrived at a solid and mutually beneficial deal. The proof of good intentions on the part of all parties to the deal, particularly the United States, lies in the honest and full compliance with its provisions. It is on the record that during the negotiations on the nuclear dossier, our supreme leader said that the other side’s honesty would pave the way for further talks on issues of mutual interest.

Modern history attests to the fact that Iran has not engaged in any external aggression during the past 250 years. It has, however, fiercely resisted foreign aggression and intervention. Peace is our arsenal, and we are committed to reciprocate each and every genuine and honest peaceful gesture and measure. On this we are resolute and steadfast.